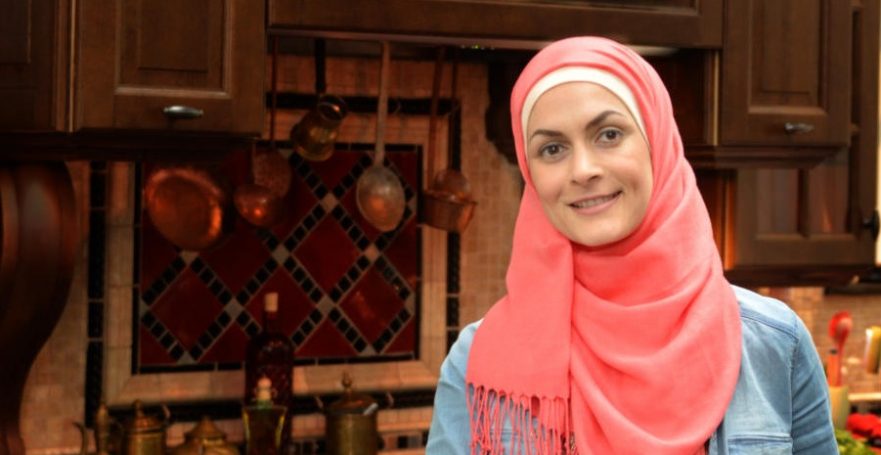 Gaza-Palestinian writer and activist Laila El-Haddad and Just World Educational President Helena Cobban had a spirited discussion of Israel’s  2008-09 “Cast Lead” assault on Gaza, and its legacies, in JWE’s latest podcast episode. During this discussion, Ms. El-Haddad had the great idea of doing a reading from her super-engaging book Gaza Mom: Palestine, Politics, Parenting and Everything In Between, published by Just World Books in 2010.

Gaza Mom is an author-curated compilation of the posts El-Haddad wrote on her iconic “Gaza Mom” blog between 2004 and 2010– and the passage she read on the podcast was from the book’s extremely moving chapter on the period of “Cast Lead” in late 2008 and early 2009.

As part of its contribution to the commemoration of Cast Lead, Just World Educational and Just World Books have made this chapter freely available to the public in downloadable PDF form.

In their discussion on the podcast, El-Haddad and Cobban agreed that the successful campaign that President Barack Obama waged after “Cast Lead” to prevent Israel from being held accountable in any way for the numerous gross violations of the laws of war it committed during that assault gave Israel carte blanche to launch the two further mega-lethal assaults that it waged against Gaza in 2012 and 2014.

Laila El-Haddad is a Palestinian American who holds an Israeli-sanctioned “Gaza hawiya” that theoretically allows her (when the crossings are open) to cross the Israeli-controlled crossings into her native Gaza. But Israeli regulations forbid her husband, a Palestinian who grew up in a refugee camp in Lebanon, from visiting Gaza. So if the two of them want to maintain a family life together, they have to do so elsewhere. (Israel has controlled the “population registries” of residents of Gaza and the West Bank– including East Jerusalem– as well as the crossing points into and out of those areas, continuously since they brought them under military occupation in 1967.)

During Operation Cast Lead, El-Haddad and her husband and children were in Durham, North Carolina, forced to watch from afar as the Israeli military used many of its most destructive (and US-supplied) weapons systems to pound Gaza’s undefended two million people from land, sea, and air. At the time, El-Haddad’s parents were in their apartment in central Gaza City, and of course many of her friends, former neighbors, and colleagues were in the city, as well. On the podcast, she spoke movingly of the “survivor’s guilt” she felt during the war– and also of the difficulties she had explaining the suffering the Gaza Palestinians were going through to her own very young children.

El-Haddad is an accomplished journalist and policy analyst who has an MPP from Harvard’s Kennedy School of Government and has worked for numerous news outlets from around the world. She is also the co-author, with Maggie Schmitt, of The Gaza Kitchen: A Palestinian Cultural Journey (2nd edition, 2016), a breakthrough volume that when its first edition came out in 2012 codified for the first time ever the distinctive culinary heritage of Gaza, Palestine.

Gaza Kitchen is notable for a number of reasons. It was the first of a series of books that in recent years have presented different aspects of Palestine’s fine food heritage to an international, English-speaking readership. True to its “ethnographic” aspirations,  Gaza Kitchen contains many more, and more engaging, photographs of actual, in-situ cooks and other participants in the region’s food system than any other cookbook on the market today. And in both these ways it has made a serious contribution to “humanizing” Palestinians to sections of the world community where Palestinians have for far too long been variously ignored, dehumanized, or reduced to insignificant, often “hostile” or demeaning caricatures.

In recent weeks, Palestine’s distinctive and beautiful “tatreez” (embroidery) has become a matter of publicly displayed cultural pride. Through her own distinctive contributions to Palestinian cultural representation in the “West”, Laila El-Haddad has long proved herself a pioneer in the emerging Palestinian Cultural Pride movement.

JWE is proud to have been able to showcase the words and work of this distinguished Gaza Palestinian as part of its “Cast Lead Plus Ten” project.