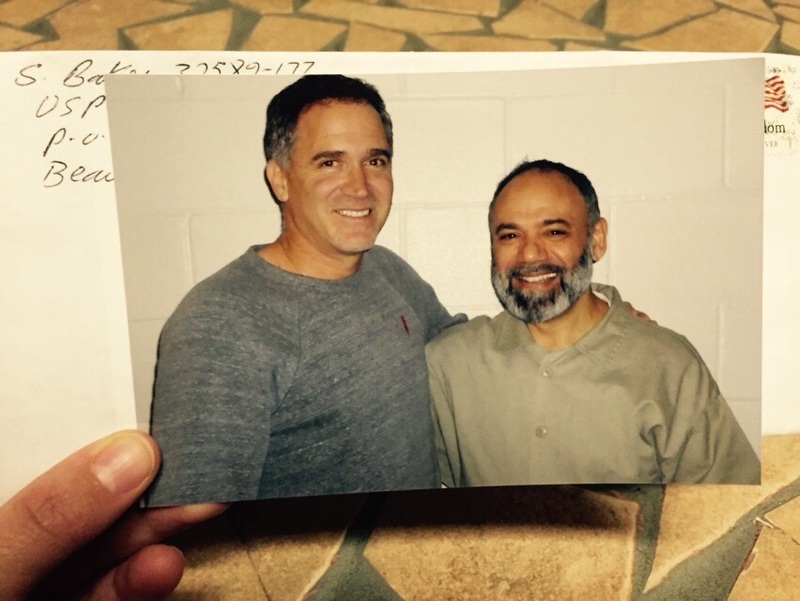 Since 9/11/2001, prejudice against Muslims has coincided with an erosion of civil liberties in the U.S., particularly for Muslim Americans. The case of the Holy Land Foundation Five (HLF5) is illustrative.

The Holy Land Foundation (HLF) was the largest Muslim charity in the nation until it was shuttered by the federal government in Dec. 2001. Five leaders of the HLF were subsequently arrested. Their first trial ended in a hung jury. They were convicted in a second trial marred by highly questionable procedures in which anonymous Israeli informants were allowed to give uncontested testimony in gross violation of basic Sixth Amendment protections. The five were given very lengthy sentences—for “supporting terrorism” by donating to charities in Palestine that the U.S. government itself and other respected international agencies had long worked with. The five men, now all well over 50 years old, are serving multi-decade sentences in some of the US penal system’s worst longterm prisons.

The Holy Land Five are Ghassan Elashi, Shukri Abu-Baker, Mohammad El-Mezain, Mufid Abdulqader, and Abdulrahman Odeh. For more information about the Five, visit FreedomToGive, the official website of the Holy Land Five. Readers may also be interested in the personal blog of Shukri Abu Baker.

As of 2018, their legal appeals have been exhausted and the only evident path to release would be a presidential pardon.

Miko Peled recently authored a book (“Injustice: the Story of the Holy Land Foundation Five,” Just World Books) on the case of the HLF5, based on his interviews with the men, their lawyers, and members of their families. Just World Educational has organized a bicoastal speaking tour with Peled to educate the public about the case.

Write to the HLF5

Members of the public can write to the five men. Prisoners often note the importance of receiving letters – both because letters raise spirits, and because it alerts the authorities that the public is paying attention. Some general guidance in writing letters (courtesy of Freedom Now):

Avoid including staples or paper clips. Often political material does get through. Write the return address on at least one of the pages of the letter, as well as the envelope, since the envelope itself is not always delivered to the prisoner.

The most up-to-date information on the location of federal prisoners can be found at the Bureau of Prisons website. To locate inmates in the database, use their Inmate Name & Register Number. The registration numbers for the HLF5 are:

At the time of writing (March 2018), mail to the HLF 5 should be addressed as follows:

In 2016, Al Jazeera released a documentary by Mohammad Omar featuring extensive dramatizations and interviews with family members and attorneys from both the prosecution and the defense. The documentary, which can be viewed at their website, is split into two parts, each forty five minutes long. 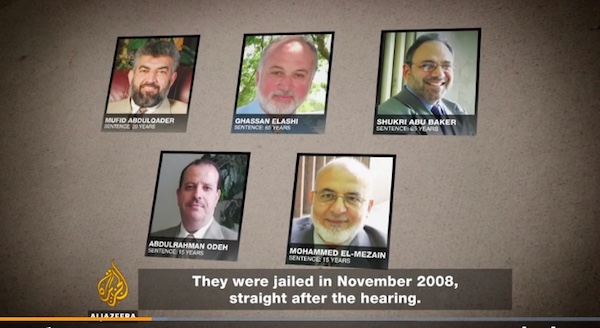 The folk-punk musician David Rovics wrote and performed a song about the case of the HLF5.

The story of Sami Al-Arian, a university professor and advocate for Palestine, is another high-profile case of a politically motivated federal prosecution following 9/11/2001. The documentary USA vs. Al Arian (available to watch for free on Vimeo) portrays the Muslim-American Al-Arian family’s struggles following Sami’s arrest in 2003.