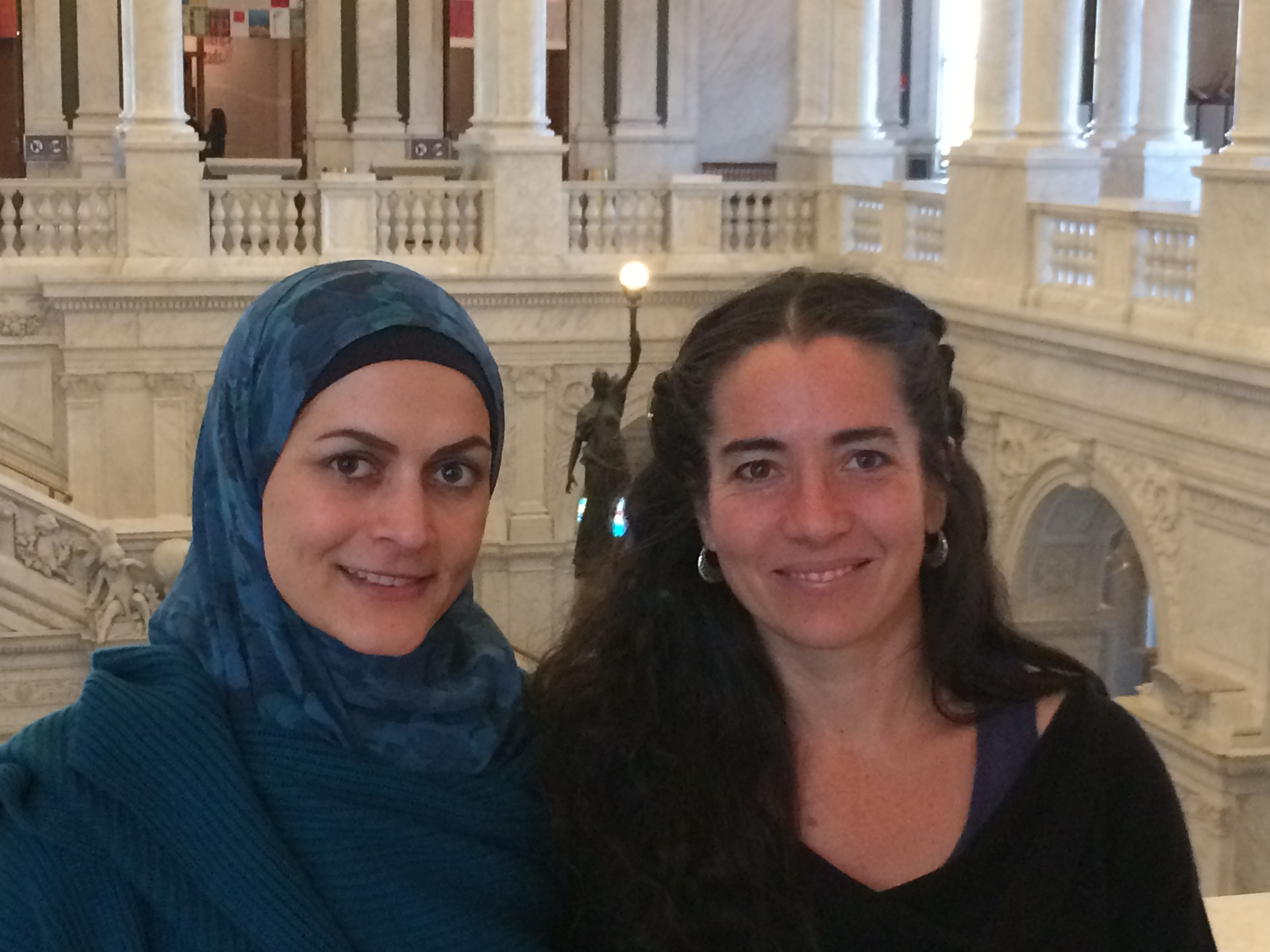 Maggie and Laila’s book tour for the second edition of The Gaza Kitchen: A Palestinian Culinary Journey has begun! 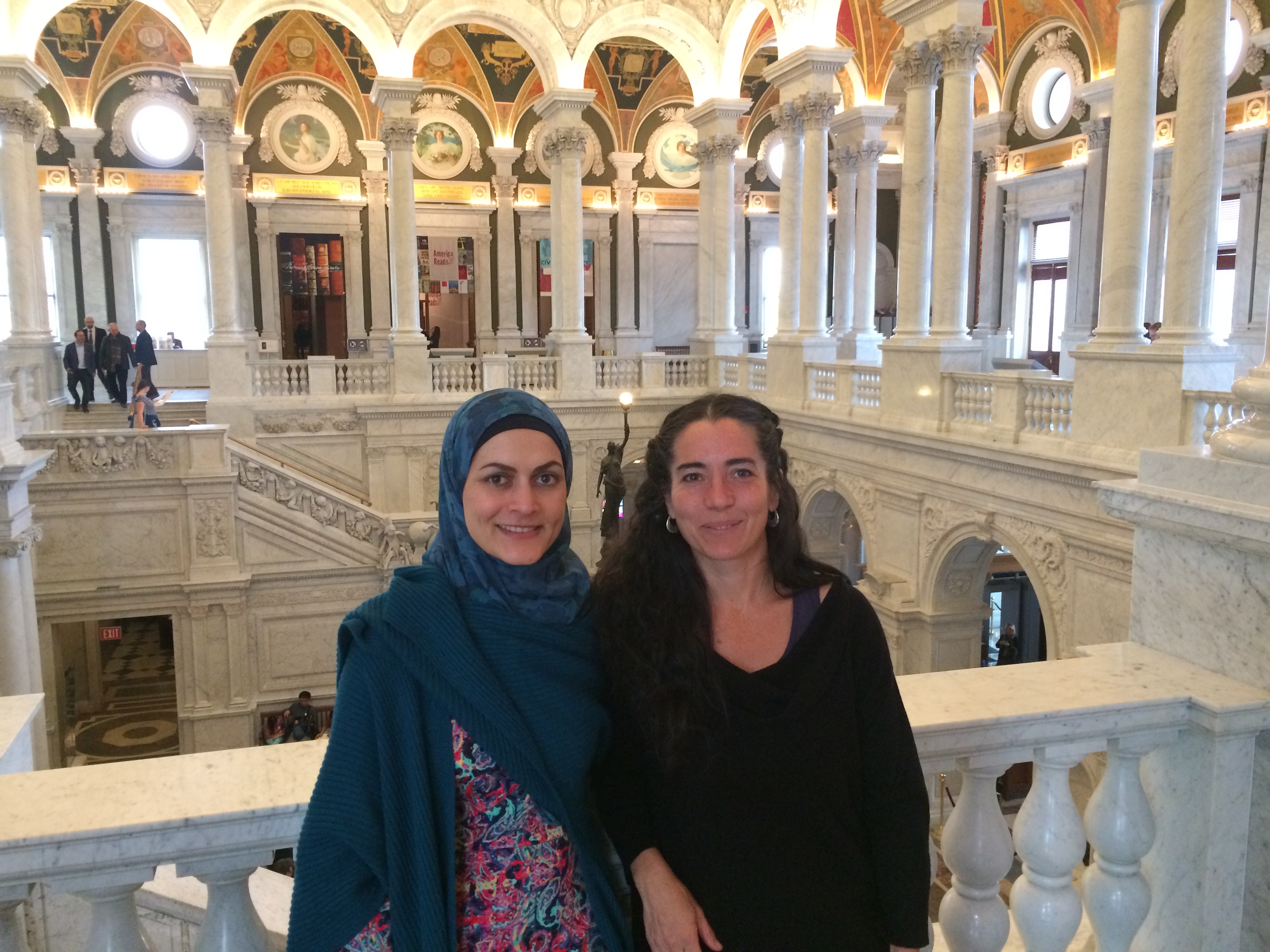 In late October, we launched the book with a super Facebook Live event. Then in mid-November, co-author Maggie Schmitt, who lives in Spain, arrived in the United States for ten days to undertake a series of speaking engagements (and a cooking class!) along with her Maryland-based co-author Laila El-Haddad, in cities along the “Acela Line” (Washington DC to Boston.)

On November 12, Laila and Maggie gave a talk and led a cooking class at the Diyanet Center of America, a Turkish organization with a gorgeous campus in Lanham, MD. They discussed the multiplicity of influences and variations on Palestinian cuisine concentrated in Gaza.

After the lecture, attendees got down to business and whipped up a few of the creations they’d been hearing about. Following recipes from The Gaza Kitchen, the dozen or so participants in the cooking class prepared five dishes from scratch – including several savory main plates like dagga (hot tomato and dill salad), fatayer saliq u lahma (chard and meat pies), and rumaniyya (sour lentil, eggplant, and pomegranate bowl), Palestinian sage tea, and dessert (halawit smeed, aka semolina butter pudding) – before relaxing to enjoy the scrumptious results while chatting with Maggie and Laila. 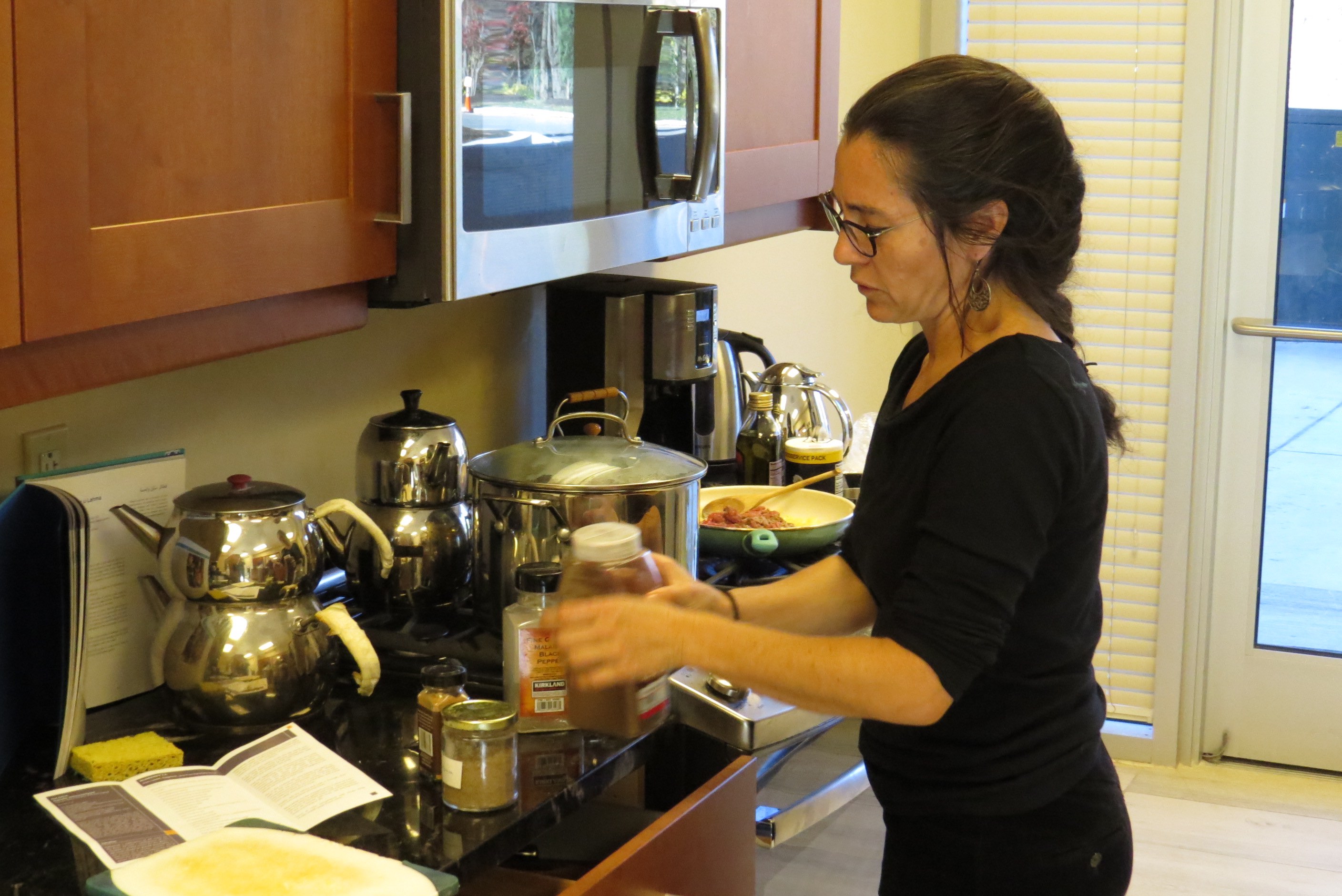 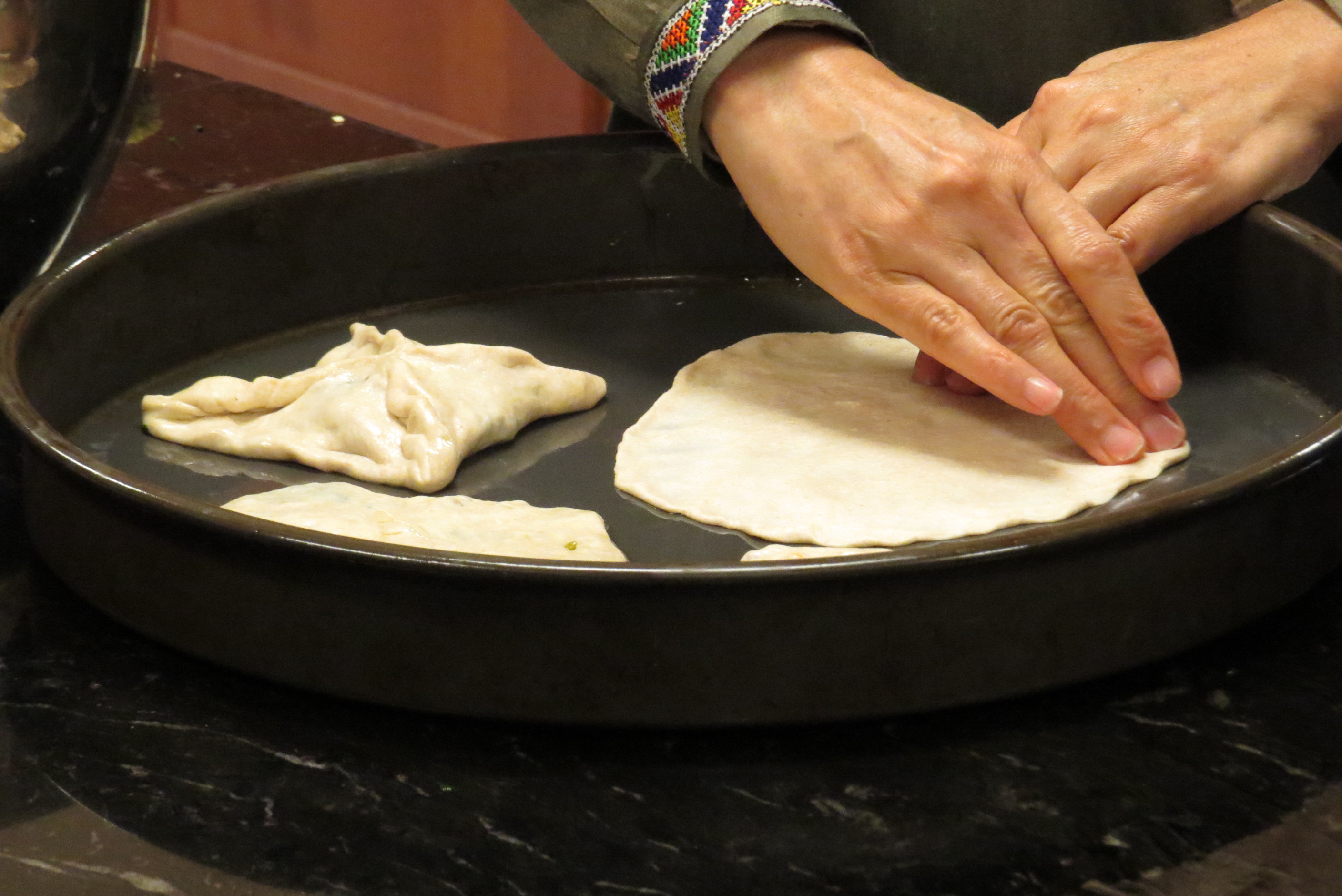 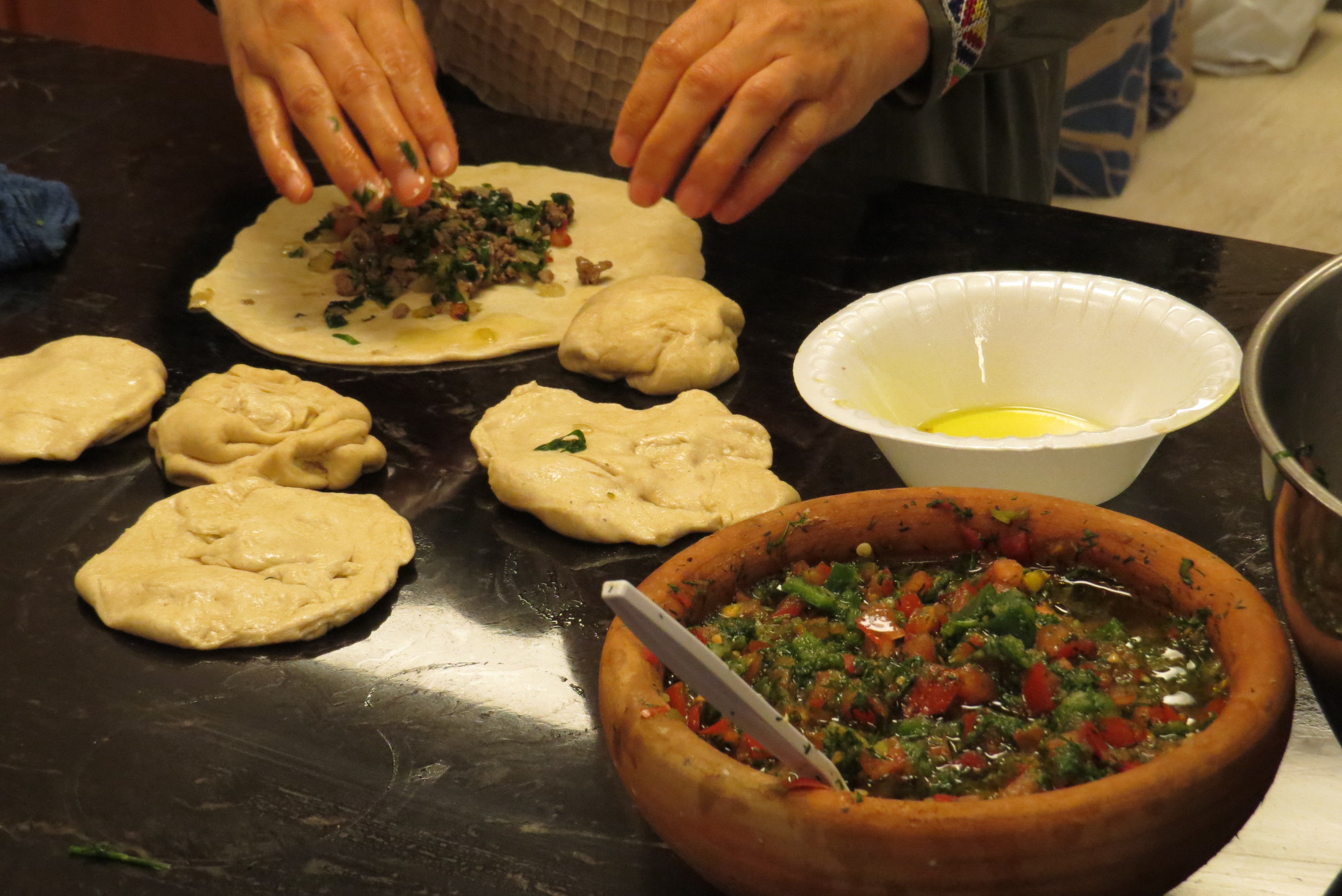 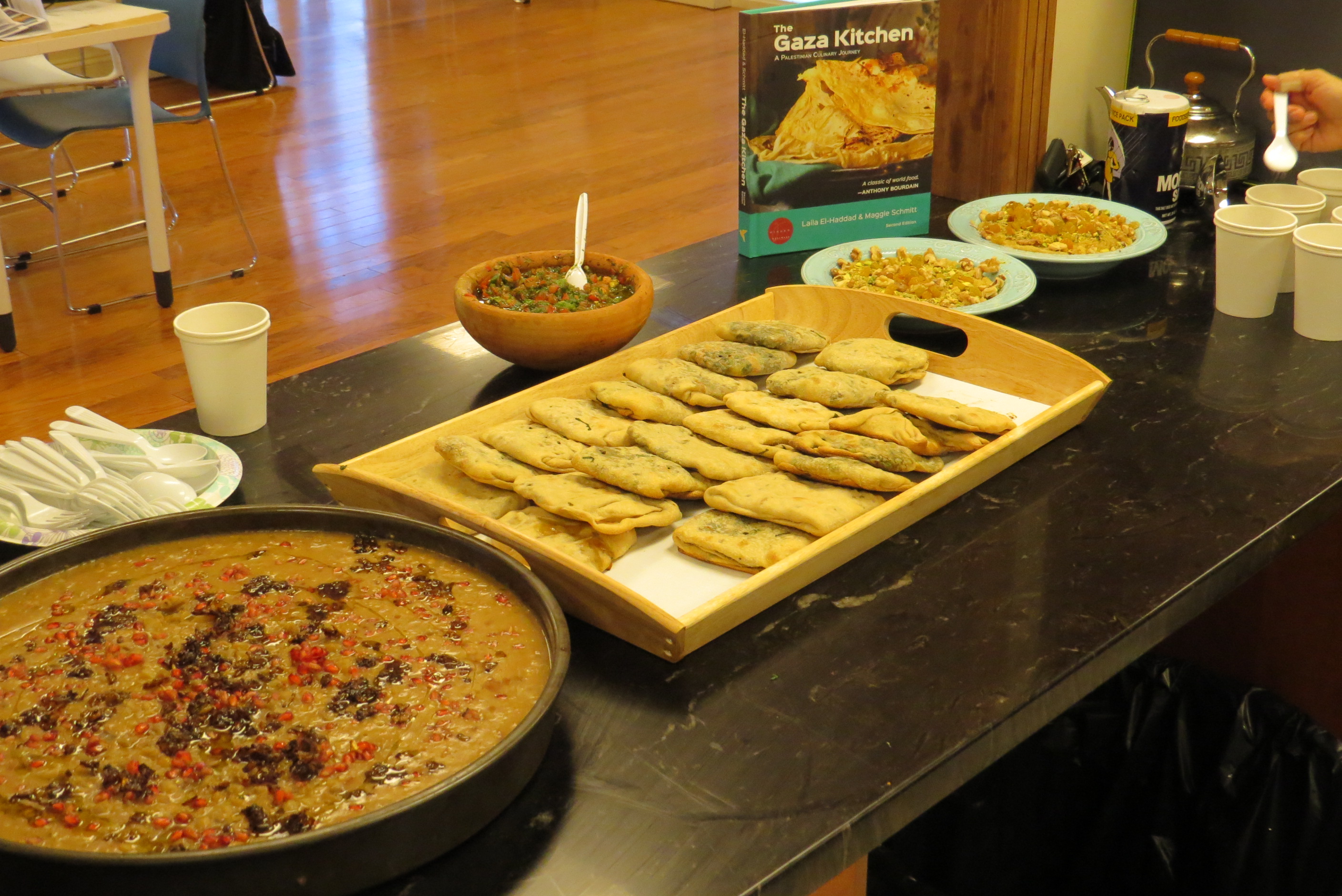 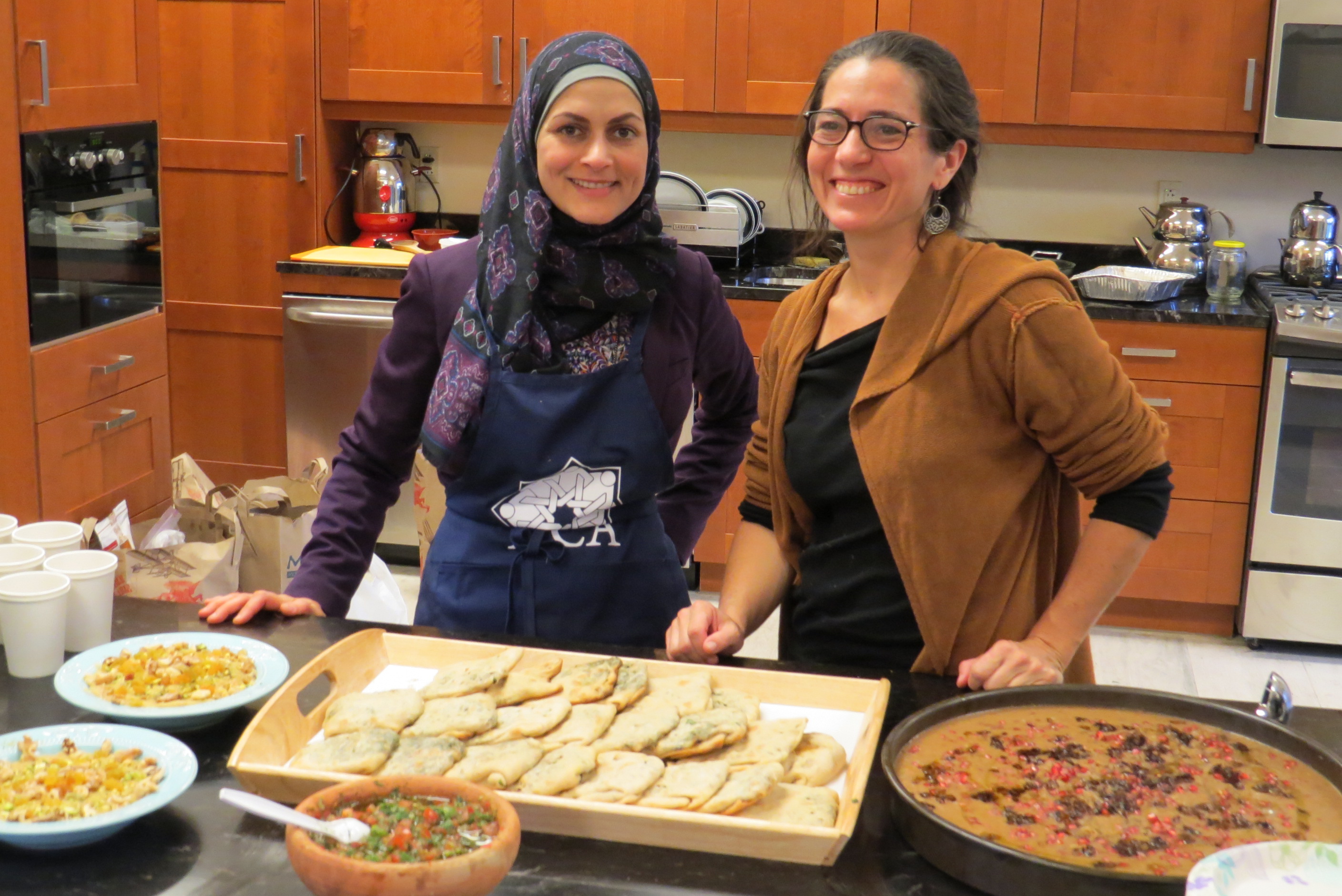 Then on Monday, November 14, the dynamic duo presented (after overcoming the hurdle of finding parking on Capitol Hill!) on their book in a gorgeous research room at the Library of Congress, took questions, and signed copies of the new edition for an engaged crowd. Nawal Kawar, the Arab World Specialist at the Library, introduced Maggie and Laila at length. Their presentation was accompanied by slides of their photography in Gaza, featuring the food and people they encountered, each with a story. 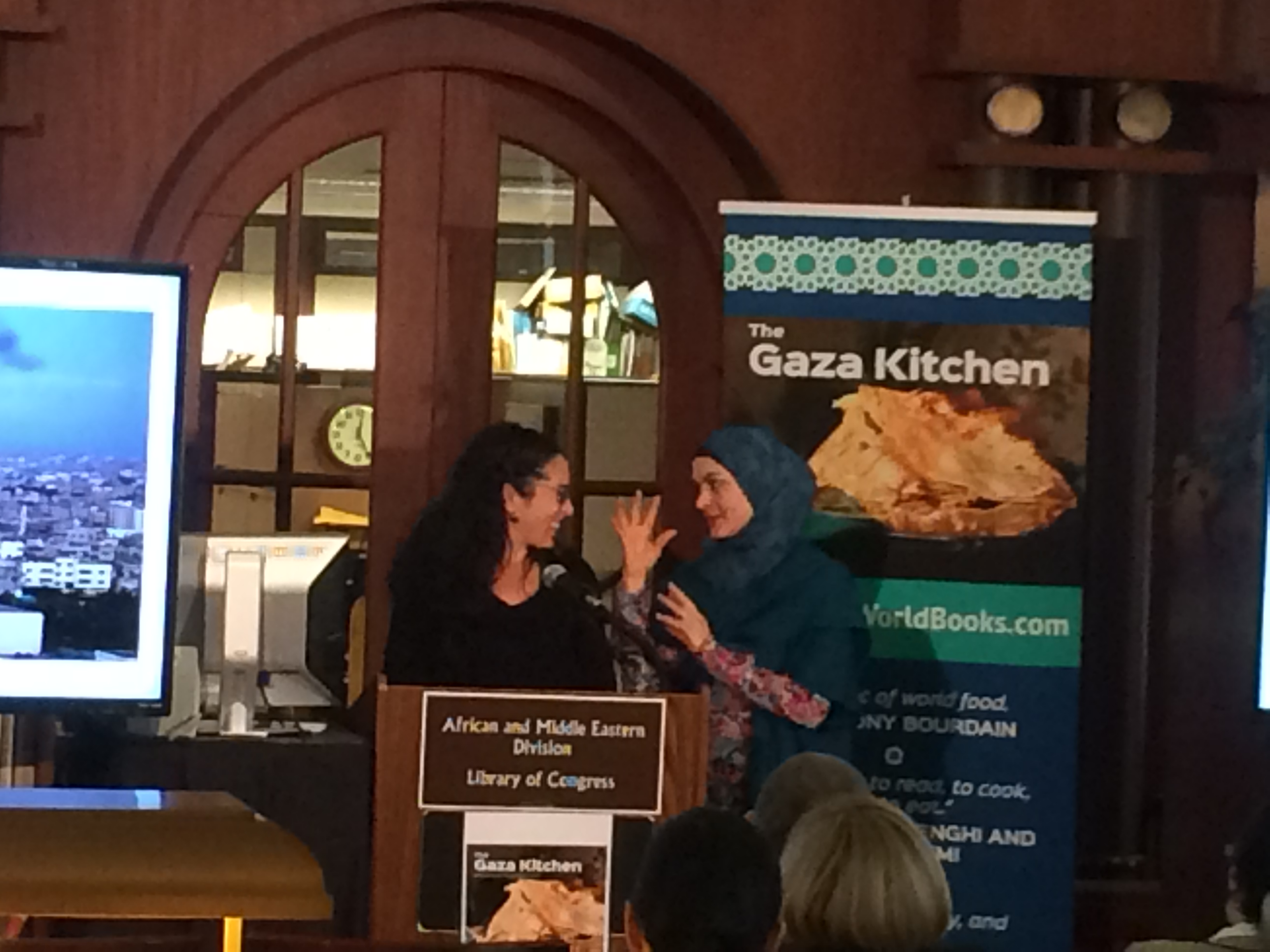 Presenting at the Library of Congress

In the talk and Q&A, they highlighted the many creative ways food producers in Gaza have overcome the unique challenges they face. Operating a fish farm reliant upon pumps to oxygenate the water? What does one do when the electricity cuts out? Invite the neighborhood kids to splash in the water, keeping the fish alive until power is restored! Maggie and Laila also touched upon the range of Palestinian regional foods concentrated in Gaza, brought by the waves of refugees from historic Palestine, and what it was like working with Anthony Bourdain (turns out, he’s an excellent babysitter in a pinch!).

A full video of the event recorded by the Library will be made available in the coming weeks – keep an eye out for it!

From there it was on to Boston. On Tuesday night, the Boston University Food and Wine program hosted Maggie and Laila, along with the great Nancy Harmon Jenkins. Nancy and The Gaza Kitchen’s authors held an amazing two-hour discussion on food, memory, heritage, international trade routes, and how Gaza’s people have survived these very tough decades past. 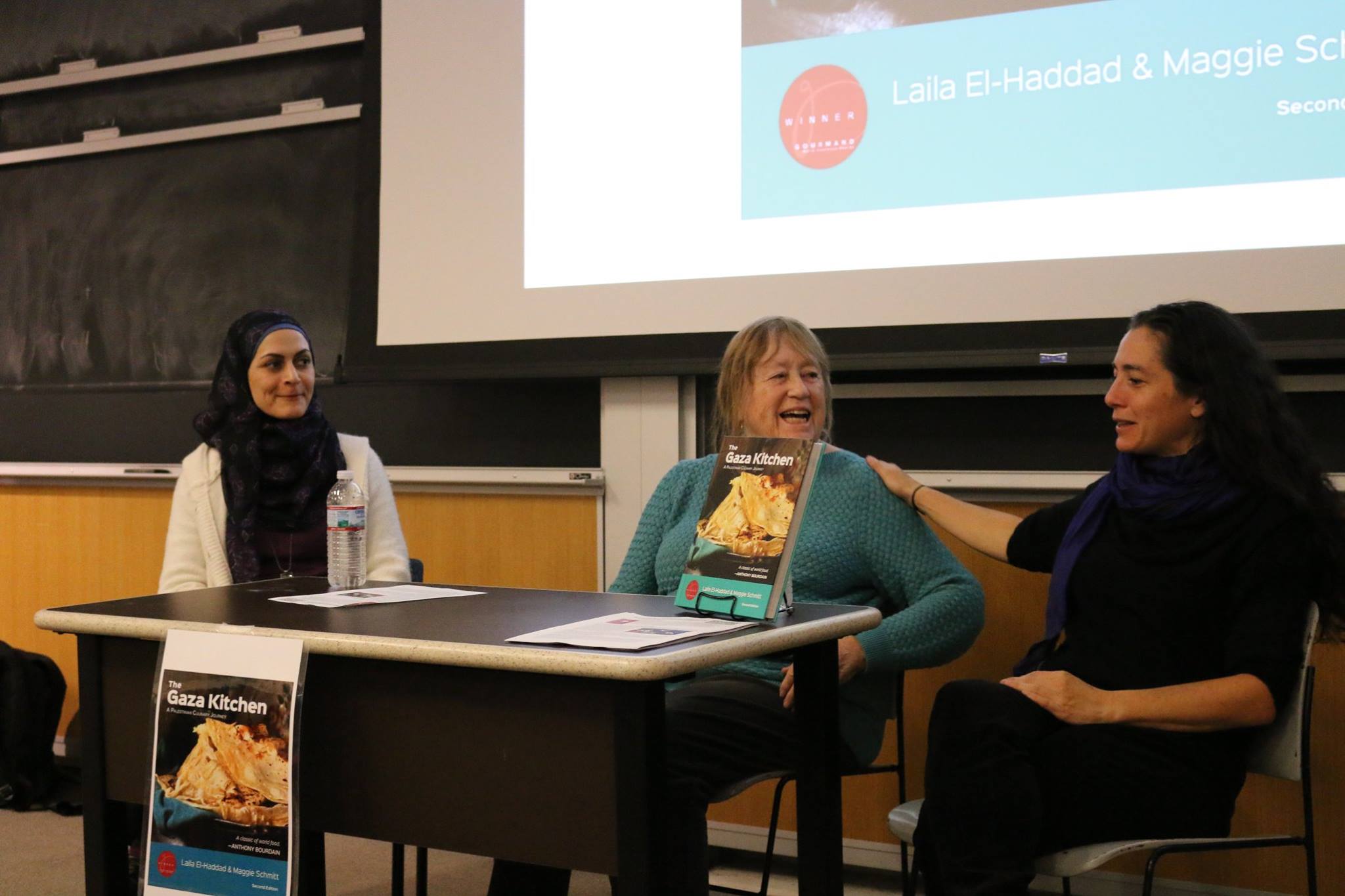 Laila and Maggie with Nancy (center) at BU

That was only the first of their Boston events but we’ll save the rest for the next update. Next up, tonight and Saturday evening will find Maggie and Laila at the world famous Metropolitan Museum of Art in New York, with Yotam Ottolenghi. Look for an update on the rest of their tour next week!