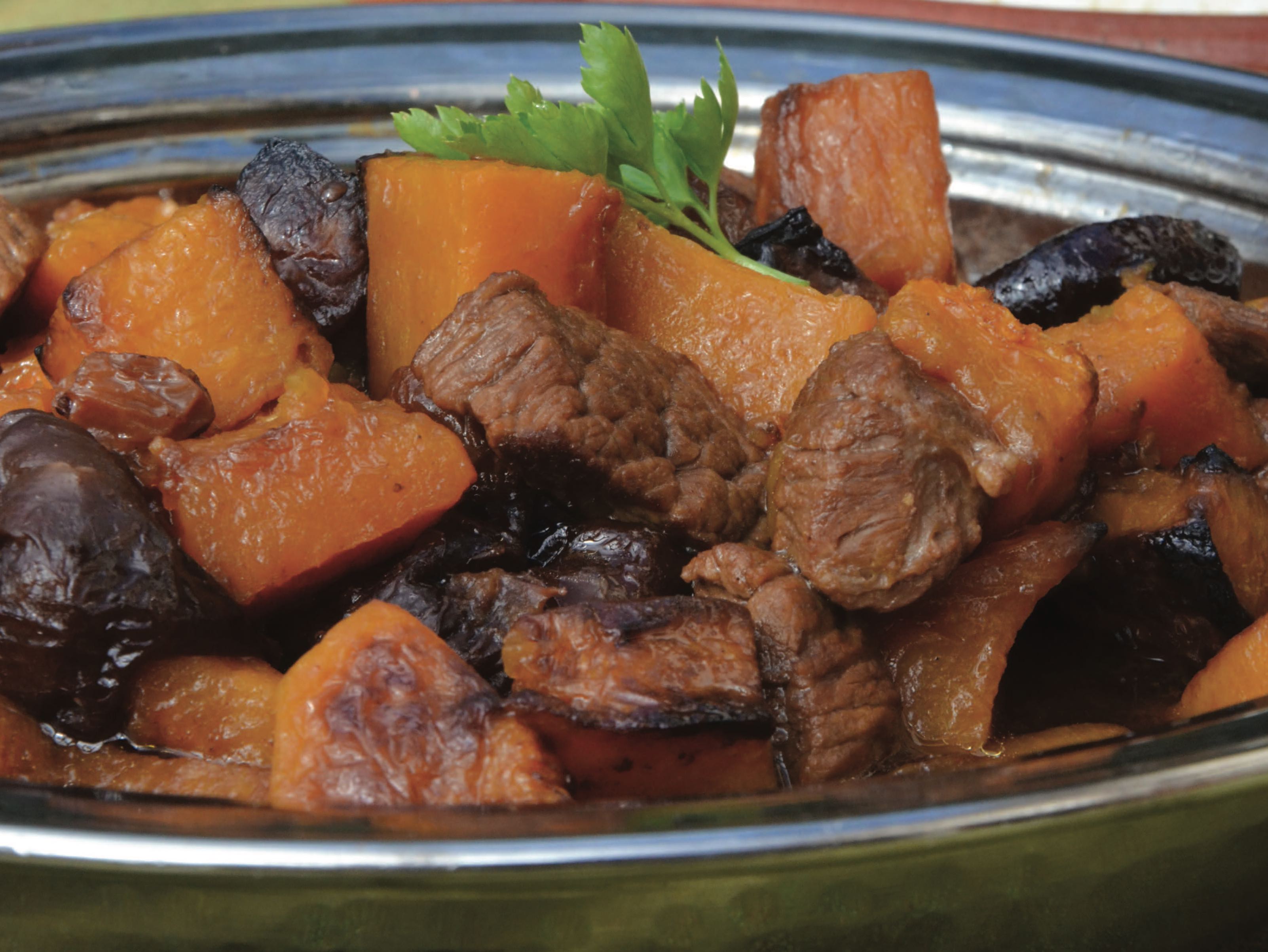 This recipe is a new addition to the new edition of the award-winning Gaza Kitchen cookbook by Laila El-Haddad and Maggie Schmitt. Learn more about The Gaza Kitchen on the Just World Books website and be sure to also check out the events calendar, as the authors will be touring the East Coast in November.

In her never-ending quest for undocumented traditional recipes, Laila El-Haddad obtained this one for a sweet pumpkin stew, popular among Gaza City’s older families, from her cousin in 2013. It highlights the sweet and sour fruit-and-meat flavors so characteristic of Persian-influenced medieval Islamic cooking—a real gem.

If dried sour plums (not to be confused with the salty dried Asian ones) are unavailable in your area, substitute 2 tablespoons of pomegranate molasses and prunes.

Once the meat is tender, strain it from the broth, discarding the spices. Pour the broth into a clean pot along with the stewed meat, fried or roasted squash, raisins, sour plums or prunes, pomegranate molasses (if using), cinnamon, and pepper.

Simmer the stew over a very low flame for 20 minutes, add salt to taste, and serve with white rice.