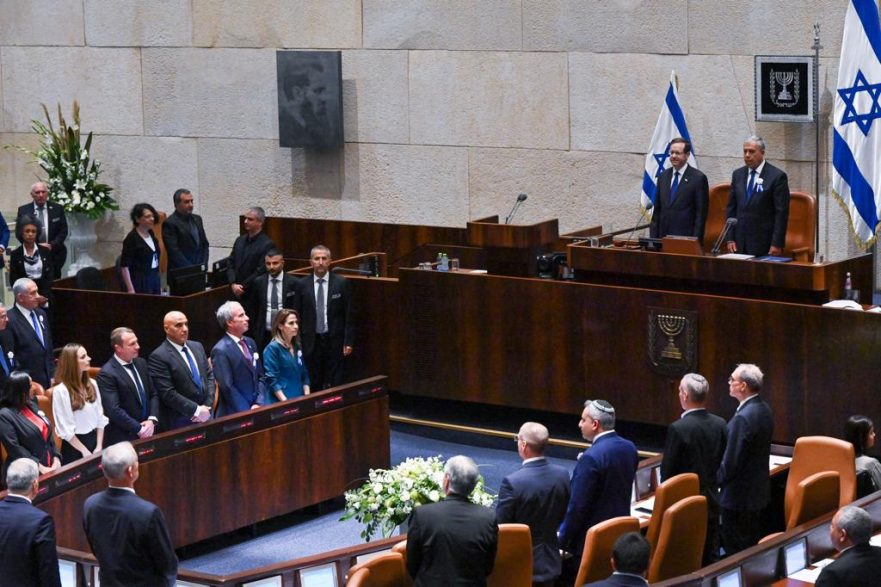 We are pleased to crosspost this article by Alice Rothchild, MD, JWE Board Member and member of Jewish Voice for Peace’s Health Advocacy Council.

The predicted Republican tsunami now turned red puddle revealed that despite gerrymandering, voter suppression, and massive amounts of right-wing billionaire money and disinformation, US voters have major qualms about a MAGA universe engulfing the country.

On state and national levels, voters mostly rejected takeovers by election deniers and conspiracy promoters, and voiced support for abortion rights, increased wages, marijuana legalization, and candidates who have some degree of experience and qualifications rather than celebrity status and allegiance to the former president.

This election can be contrasted with one of the US’s most important allies, a country Biden and numerous elected officials have repeatedly pledged almost total allegiance to and billions in military and political support.

The recent election in Israel has resulted in historically the most racist, ultranationalist, homophobic, religiously fundamentalist parties joining in a coalition to govern.

This kind of leadership must give liberal Jews as well as the majority of the US population that supports tolerance, respecting the rights of native and LGBTQ people, women, and people of color, a major wake-up call. Added to this dissonance is that the loudest supporters of Israel right or wrong, are wealthy Jews and fervent evangelicals that are embedded in the Trumpian universe.

Leaders that openly spout vigilantism, anti-miscegenation, hatred of LGBTQ folks, and violent Jewish supremacy and intolerance of Islam, put the lie to Israel’s claim to being a liberal democracy interested in peace and a two-state solution, let alone a haven for gay people frolicking on a Tel Aviv beach.

These election results make incredibly clear that the establishment of a state where Jewish privilege is the law, where the dispossession of Palestinians that began in the 1900s and continues to today, where religious Jews with intolerant, ultranationalist views have grown in numbers and power, is extremely dangerous. The fantasy of the socialist-leaning kibbutzniks and oppressed Jews making a place to be free from hatred where humanist Jewish values can be fully expressed is officially over.

The big question is, will congresspeople feel equally uncomfortable with their usual oblivious cheerleading? Even the powerful Jewish lobby, AIPAC, was not able to win every spot they targeted (see the victory by Summer Lee and the defeat of Elaine Luria).

In addition, all eleven candidates endorsed by Jewish Voice for Peace won their seats. These are small glimmers that may reflect the beginning of a crack of daylight between Israel and the US.

While US Congress will be under pressure from the usual suspects to decry the Boycott, Divestment and Sanction movement, disregard Palestinian rights, and support aid to Israel and the Abraham Accords, now is also a time when that position has become increasingly difficult in the face of the level of racism and apartheid that has become the norm in Israeli politics.

Continued support for Israel clearly contradicts that supposed US commitment to human rights, dignity, and justice. With blatant and proud Israeli extremism, advocates for Palestine have a unique opportunity to pressure Congress to move in a very different direction. Clearly, remaining silent only adds to US complicity.