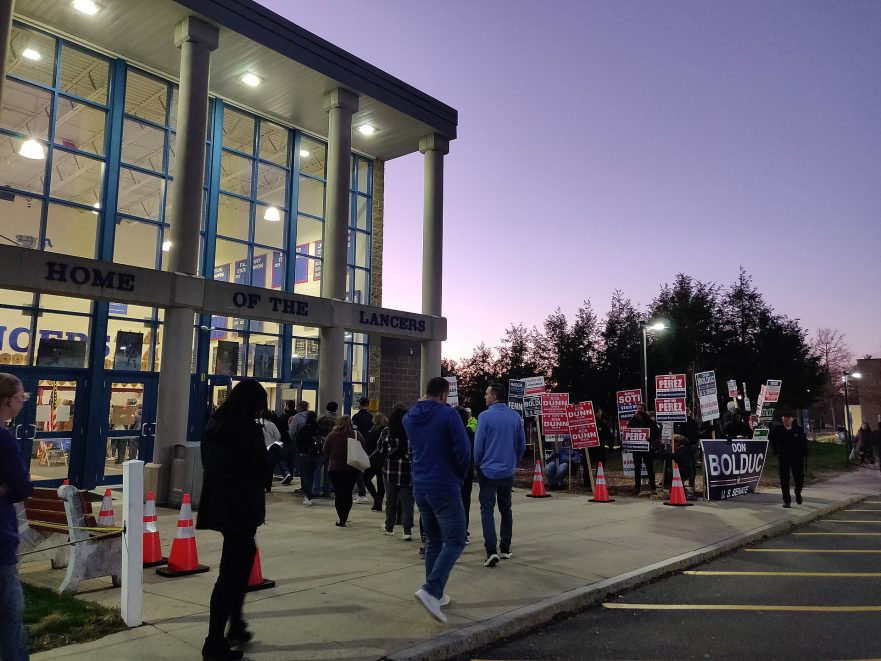 The U.S. midterm elections, held this time on November 8, 2022, often give indications of the extent Americans are satisfied with their administration. U.S. elections not only impact the discourse of domestic politics in the country, ranging from issues such as race, inflation, crime, gun violence, and minorities, but have foreign policy implications—one such implication concerns the U.S. foreign policy on Palestine/Israel.

Supporters of Palestinian human rights in the U.S. are divided between two camps: a group that sees in the electoral system a chance to have representatives capable of defending Palestinian rights, and another that lost hope in electoral politics and believe that the way elections are designed and the role of money in politics does not allow for creating a favored discourse on Palestinian human rights. But despite this reality, some interesting factors deserve discussion and elaboration.

Looking at the grassroots level and the increasing number of people of color winning legislative seats, both in the House and Senate, at national and state levels, suggests that a change, although slow, is taking place in the U.S. vis-à-vis Palestine, which will have future implications. The Squad, made of six Democrat House Representatives, namely Rashida Tlaib, Alexandria Ocasio-Cortez, Ilhan Omar, Ayanna Pressley, Jamaal Bowman, and Cori Bush, were easily able to secure a decisive victory and thus, along with other members of the U.S. Congress known for their support for Palestinian rights, such as Mark Pocan, Betty McCollum, André Carson, and Hank Johnson, among others, will strengthen the base of supporters for Palestinian rights at the U.S. House.

The increasing number of legislators supporting Palestinian rights is an important indication, but what is more interesting is the emergence of second- and third-generation immigrants who are also people of color who are increasingly involved in electoral politics. The midterm elections in the U.S. have revealed this fact and the number of elected politicians to the states’ senates and houses speak of how the future of the U.S. House and Senate on a federal level might look like in the next few years.

To name a few, Abdelnasser Rashid, Nabeela Sayd, Nabilah Islam, Zaynab Mohamed, Munira Abullahi, Ismail Mohamed, Mana Abdi, Deqa Dahlac, Ruwa Romman, Suleman Lalani, Salman Bohjani, and Farooq Mugal have won legislative seats at state level. This list of elected young politicians on a state level is to be added to a number of other legislators who won seats in the past and managed to keep them in the November 8 elections, such as Iman Joudeh, who is also of a Palestinian origin. The list of Arab-Americans in the U.S. legislative bodies has expanded and dozens of them serve both on state and national levels today.

These changes in electoral politics suggest that the younger voters are bringing in new politics to the House and Senate at state and national levels. This explains why the number of young politicians elected have doubled over the past four years when Rashida Tlaib was first elected as the first Palestinian-American to serve in the U.S. House in 2018 representing the 13th district of Michigan, home to a considerable Arab-American population.

Tlaib herself was elected in 2008 as the first Muslim woman to ever serve in the Michigan Legislature. Tlaib’s career suggests that at least some of the newly elected people of color to the states’ houses might continue their journey in the future to both the U.S. House and Senate, which will increase the number of politicians supporting Palestinian rights on a national level too.

What is more interesting is the evident shift in second- and third-generation immigrants towards electoral politics in the U.S. Politicians elected to the state house were mostly born in the U.S. and see themselves as Americans capable of representing their people. Their journey into American politics is nicely explained by diaspora theory, which suggests that the first generation of immigrants goes to work, the second generation goes to education, and the third takes action. And they are just taking action now.

It is true that the grassroots base in the U.S. has always adopted more progressive agendas than politicians, but the fact that most newly elected people of color come from grassroots backgrounds could be promising. Although there are American-Arab legislators who come from the Republican Party, the majority are Democrats.

What is more important than the results in the U.S. midterm elections is the changing discourse on Palestine. With mounting international reports which designate the situation in Palestine as apartheid—which the Palestinians have been loudly proclaiming for decades—the discourse in the U.S. is slowly shifting.

There is an increasing number of Americans who are aware of the plight of the Palestinian people including a considerable number of Jewish Americans. Since Palestine/Israel is not only a foreign policy issue, but also a domestic policy issue in the U.S., the changing tone and discourse of more Americans on the ground suggests a possible policy change in the future. The results of the U.S. congressional elections every two years suggest so.

This is not to say winning the battle for Palestinian human rights is easy in the U.S., but facts on the ground suggest that Palestinian human rights are winning in the long run. This could be translated into supporting resolutions that link U.S. aid to Israel ($3.8 billion a year) to respecting Palestinian human rights, supporting the budget of the UN Relief and Works Agency for Palestinian Refugees (UNRWA), and criticizing Israeli policies towards the Palestinians. In fact, the Biden administration’s refraining from congratulating Netanyahu on his most recent electoral victory in Israel is telling. A senior U.S. official has said the ties between the two countries will be “hugely influenced” by who will become the next defense minister.

Meanwhile, Palestinians should invest more efforts to reach out to the American public because doing so has proven to be effective—nowadays campuses and churches across the U.S. have turned into hubs supporting Palestinian rights. Israel’s turn towards the far right as the November elections have indicated will create more challenges for the Palestinian people, but it could also create opportunities vis-à-vis exposing right-wing politics in Israel to more Americans and to the world at large. This could turn Israel further towards the far right (if this is even possible), but Palestinians don’t seem to be willing to give up on their fundamental human rights and, as the saying goes, where there’s a will, there’s a way.