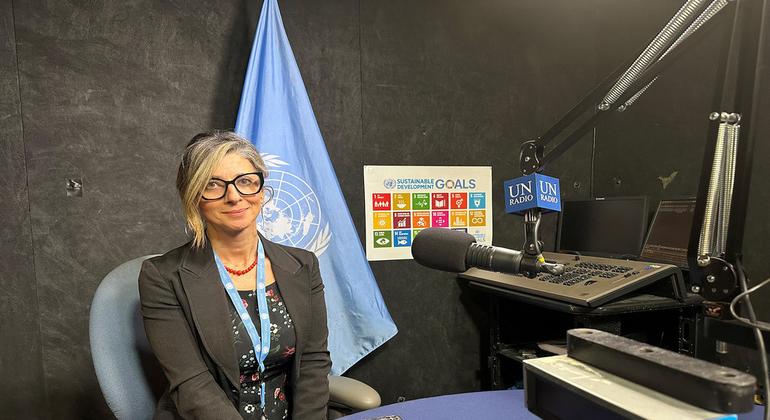 We are pleased to crosspost this piece by JWE Board Member and International Jurist Richard Falk. The following article was first published in Middle East Eye.

For more than a century, the Palestinian people have endured a series of ordeals that have violated their most basic individual and collective rights.

Instrumental to this epic saga of suffering has been the success of the Zionist movement in establishing the state of Israel on the premise of Jewish supremacy in 1948.

Such success depended also on perpetrating a distinct international crime, a consequence of the Zionist Movement seeking to establish not only a Jewish state but a democratically constituted state. This combination of goals could only be reliably ensure and maintained by demographic measures that Jews in Israel would enjoy a permanent  demographic majority. Note that other settler colonial states so long as they kept a hierarchical relationship with the native population never pretended to be an inclusive electoral democracy.

As an operational undertaking this  required Israel to make a drastic demographic adjustment involving either a large increase in the Jewish presence in Palestine – which was not feasible at the time – or the drastic reduction of the Arab presence, which was course taken.

This logic informed the forced expulsion of 750,000 or so Arab citizens of British Mandate Palestine from that part of historic Palestine set aside for the Jewish state by the United Nations partition plan, itself territorially enlarged by Zionist territorial acquisitions in the 1948 war.

A Jewish majority in Israel was further reinforced and safeguarded by the implementation of a rigid denial of the right of return of displaced and dispossessed Arabs of Palestine in violation of international law. This Palestinian experience of expulsion coupled with the denial of any right of return is what is known as the Nakba (or catastrophe).

Of course, this is not the whole story surrounding the founding of Israel. There was a Jewish presence and biblical connection with Palestine stretching back thousands of years, although the Jewish minority had dwindled to less than 10 percent in 1917, when the British foreign secretary pledged support for establishing a Jewish homeland by way of the infamous Balfour Declaration. Nevertheless, the Zionist narrative, taking various forms, became widely accepted, especially in the West.

Highly relevant to this endorsement of the dominant Jewish narrative was the rise of European antisemitism in the 1930s, culminating in the Holocaust, which made a Jewish sanctuary a condition of survival for a significant portion of Jews in the world. It also increased receptivity to the founding of Israel, reflecting liberal guilt about failing to stop Naziism at an earlier stage and by an Orientalist dismissal of Palestinian nationalist claims.

The historical context certainly mobilized the Jewish diaspora, especially in the US, to back the Zionist project to colonize Palestine, and ever since, to provide geopolitical muscle and massive economic and military assistance over the course of many years to support the security and expansionist ambitions of Israel continuing even as it became strong and prosperous.

In 1993, a country mandate concerned with Israel’s human rights violations in the Palestinian territories of East Jerusalem, the West Bank and Gaza occupied since 1967 was created.

It is from this initiative that the mandate of the special rapporteur (SR) derives.

A special rapporteur is selected by a consensus vote of the HRC on the basis of a rather elaborate vetting process that includes a committee of diplomats from member government that conveys to one-year rotations of country diplomatic representatives who serve as president of the HRC a ranked shortlist of preferred candidates.  The candidates are supposed to be selected because of their expert credentials.

The president generally follows the recommendation, which is then submitted to the HRC for an up or down vote, with a single dissenting vote sufficient to reject a candidate.

The SR position itself is a U N innovation, with each individual normally serving two three-year terms.

Although requiring considerable work by way of travel and reports, it is an unpaid position. The up-side of this voluntary status is that SRs are not subject to administrative discipline as UN civil servants. This feature is designed to provide the position with political independence, at least with respect to UN Members and the UN itself, but offers no insulation from hostile media or NGOs, or even governments so long as they do not interfere with the work of SRs.

It should surprise no one that Israel and the US were against establishing the mandate since it was first proposed in the HRC. In recent years Israel has refused to cooperate with SRs even refusing to allow access to Occupied Palestine..

By denying entry into Israel or the occupied territories, the Israeli government denies the UN rapporteur direct contact with the people and situation on the ground, and forces a reliance on public information and meetings in neighboring countries. For those of us who have been to Occupied Palestine, there is no adequate substitute for a direct experience of the place.

It is significant that during the last 15 years, Israel and its supporters have stopped responding to the substance of the carefully documented SR reports and other UN assessments of alleged Israeli violations. Instead Israel and its most ardent apologists have concentrated their political energies on allegations of UN antisemitism and related vilification of successive rapporteurs.

I would explain the shift in tactics in this way. When the Israeli violations became too flagrant and documented by multiple sources it was a. fool’s errand to attempt refutation. Better attack the messenger than address the message. It is most unfortunate that ofteen such a tactic has been effective, diverting the discourse, especially in the media, to questions about whether or not the SR is in fact biased or antisemitic, and burying the serious allegations in the process.

Despite being confronted by this personally unpleasant, abusive, and diversionary Israeli pushback, the reports of SRs have gained influence and legitimacy over the years. They are relied upon by several important governments, as well as by some of the more independent media and many civil society actors including churches, labor unions, and human rights organizations.

Within this context, the new SR for Palestine, an Italian academic jurist and highly esteemed human rights expert, Francesca Albanese, has recently issued her first report, due shortly for presentation to the UN General Assembly in New York. [UN GA Doc. A/77/356, 21 Sept 2021]

It is a most impressive document that comprehensively depicts and offers evidence relating to the most fundamental violations of the basic rights of the Palestinian people.

Against the Flow of History

The Albanese Report appropriately gives primary attention to the Palestinian entitlement to the fulfillment of the inalienable right of self-determination. It was this right of self-determination that provided the normative foundation for the anti-colonial struggles in the period of 1950-80. These struggles shared and interacted with the Cold War on the global center stage after the end of World War II.

Albanese takes note of the supreme irony that Zionism managed to go against the flow of history by establishing a durable and legitimated settler-colonial state of Israel at the very moment when European colonialism was elsewhere under assault by national resistance and liberation movements, enjoying media and public support.

Her report has already gained widespread attention and praise both for its spirit of fierce independence, the lucidity of its argument, and the superior quality of its analysis. Such an exemplary performance in the formal start as SR has expectedly also provoked hostile commentary by way of taunts and defamatory accusations. Albanese’s report is accused of deliberately slanted interpretations of law and facts, which enabled her to reach conclusions hostile to Israel.

I would submit that such a complaint is unjustified and believe that any fair reading would confirm this. An objective reading of the Albanese report would conclude, in opposition to her venomous critics, that the author has gone out of her way to gain direct access to Israel’s narrative and sought to present to the reader Israel’s own justifiications of its contested behavior.

Briefly summarizing, the most influential depictions of Israeli apartheid are territorially bounded either to the occupied territories or an enlarged entity that includes Israel proper (often identified as stretching “from the river to the sea”). As Albanese notes, such spatial delimitation of apartheid are not directly relevant to refugees in the occupied territories and neighboring countries, as well as to the several million involuntary exiles living in various places around the world living outside the boundaries of Palestine.

Beyond that, without satisfying the full spectrum of Palestinian basic rights, including economic and social rights, there is no assurance that Israel would not be able to maintain exploitative forms of domination characteristic of settler-colonialism even should Israeli apartheid be dismantled.

For Albanese, it is indispensable to recognize that justice for all the Palestinian people will not be done until their right of self-determination is fully implemented. She analyses this Palestinian right by reference to two principal dimensions: free choice of the form of political governance and permanent national sovereignty over natural resources.

In essence, as articulated by Albanese, the right to self-determination is the right of a people “to exist as independent both demographically (as a people) and territorially (within a given region) and to pursue their cultural, economic and social development through what the territory and associated resources offer.”

In the more prescriptive sections of her report, Albanese puts her analytic skills to work in clearing a path forward for the Palestinians. In doing this she does not exempt the UN from its many past failures to uphold international law in relation to the struggles for justice and the rule of law in Palestine and is insistent that it should do better in the future.

In passing, she also argues that Israel’s defiant rejection of a stream of General Assembly resolutions calling upon Israel to uphold Palestinian rights, including the rights of self-determination “legitimated a Palestinian right of resistance” and undermined the legality of Israel as an occupying power.

The Palestinian People Deserve Respect for their Rights under International Law

The resounding message of this historically significant report is its call for a solution premised on “respect for history and international law.” It is to be enacted by the immediate withdrawal from the occupied Palestinian territories and the payment of reparations for decades of unlawful harm inflicted on the Palestinian people.

Albanese is to be commended for the clarity and forthrightness of this report to the UNGA, but it would be naive to suppose that it will by itself bring overdue liberation to the Palestinian people.

What it does bring is an authoritative and deeply informed legitimation of Palestinian resistance to occupation and a convincing critique of UN weakness when it comes to the implementation of basic rights.

It would be wrong and misleading to conclude from the realization that the UN has been useless in relation to the Palestinian struggle. Even though the UN is helpless to change the behavior on the ground, it remains crucially important in the symbolic and normative domains of legitimacy wars, which have controlled the eventual political outcomes of major anti-colonial wars. These outcomes have astonished ‘realists’ who continue to exert a dominating influence over the formation of foreign policy. Astonished but not persuaded. These realists continue to suppose that the side with the better military technology and smarter tactics should be able to prevail even in anti-colonial wars, and so the bloodstained failures of imperial warfare are repeated, ignoring this record of defeat.

This sense of UN impotence to achieve substantive results whenever the dictates of justice clash – as here – with the vital strategic interests of a geopolitical actor is an operative fact of international life. Such a phenomenon is at play in the Ukraine Crisiis.

At the very least, Francesca Albanese’s courageous report should serve as a wake-up call for the Global South and a reminder to all of us that the anti-colonial movement still faces a formidable challenge.