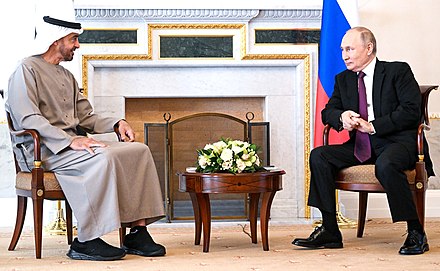 We are pleased to crosspost this post by JWE Board Member and International Jurist Richard Falk. What follows are Professor Falk’s responses to questions posed by the Iranian Journalist Javad Arabshirazi.

Reevaluating US Relations with Saudi Arabia After OPEC+ Oil Production

The White House says that President Joe Biden is re-evaluating the US relationship with Saudi Arabia after the Organization of the Petroleum Exporting Countries and allies (OPEC+), in which Riyadh is a top producer, announced last week it would cut oil production. What is your take on this?

Biden and the U.S. swallowed a lot of harsh criticism for maintaining such a friendly relationship with Saudi Arabia in the aftermath of the 2018 brazen murder in the Saudi Consulate in Istanbul of the respected journalist, Jamal Khashoggi, who was long a Washington resident. Also, such a positive relationship had long been criticized as disregarding Biden’s supposed primary commitments to democratic values and human rights, given that Saudi Arabia has a worse record on gender issues than Iran and yet gets a pass. Furthermore, criticism had long been leveled at the U.S. military and diplomatic support for the unlawful and inhumane Saudi military intervention in Yemen mainly in the form of air attacks that have frequently struck civilian targets.

In this sense, Saudi Arabia and Mohammed bin Salmon, like Israel, had been shielded from official censure either by the U.S or at the UN, being considered a strategic partner and a key player when it comes to world energy markets and regional security in the Middle East. That being said, it is also true that Saudi Arabia never dreamed of having the extraordinary policy leverage in the U.S. enjoyed by Israel, lacking its lobbying prowess and willingness to use its influence when necessary to sway American voters. In addition, Biden’s visit in July of this year in the face of mounting liberal criticism was rumored to be compensated by a private Saudi commitments to maintain oil production levels and accept lower per barrel princes at least until December, that is, after the U.S. upcoming November elections at which higher gap pump prices would hurt Democratic Party prospects. In addition, it was believed that any production cuts by OPEC would aid Russian energy export marketing.

In this sense, the Saudi-led OPEC+ (13 OPEC members + 23 cooperating governments of oil exporting countries; significantly, Saudi Arabia and Russia co-chair OPEC+!) production cuts were seen as undercutting both U.S. domestic anti-inflation and foreign anti-Russian policy, which was determined to reduce Europe’s dependence on imported Russian gas. Although not publicly commented upon, this turn toward Russia in the strategic context of energy must have outraged, or at least disillusioned, those Washington insiders who have pragmatically encouraged a human rights blindfold and a tight embrace.

To consider this production/price move from a Saudi perspective makes it seem mainly motivated by its national interest in protecting the value of their principal trading asset, as well as not wanting their compliance with Washington wishes to be taken for granted or cancel other relationship as with Russia in OPEC+. With a global recession widely anticipated in coming months, principally as a consequence of the prolonged Ukraine crisis, oil demand is predicted to fall sharply, if possibly briefly, exerting a downward pressure on the world prices of oil and gas. Thus, from an economics perspective an OPEC adjustment by way of temporarily reduced production seemed sensible. The Saudis undoubtedly felt that to remain a trustworthy leader of the OPEC and especially OPEC+ required that their influence not be distracted by U.S. political pressures and this depended on setting production quotas responsive only to energy market factors. Saudi Arabia formally confirmed this line of interpretation in their public written reaction to complaints from Biden, ant threats to reevaluate the bilateral relationship in manner that would be punitive toward Riyadh.

Also, at stake was the idea that a country like Saudi Arabia should demonstrate its political independence, especially when purporting to administer such an important form of multilateralism as is involved in OPEC+ operations. To manifest such independence on such a crucial issue as production levels meant avoiding any impression of subservience to the regional hegemony claimed by any non-OPEC or OPEC+ external actor. In this sense, what the Saudis are doing is somewhat similar in spirit to what Turkey has been doing in recent years, which has caused some friction within the NATO alliance framework but gained wide international respect for Turkey as an independent political actor. This is also what Israel has done in its own more provocative manner by not at all hiding its sharp differences with the U.S. on important questions, perhaps most notably through various disruptive expressions of its intense opposition to the 5+ 1 Nuclear Agreement of 2015 (also known as JCPOA) with Iran and currently by way of its opposition to the revival of the agreement by way of a U.S. return as a party, which is what Biden pledged when campaigning to be president in 2016. Israel has vigorously obstructed this major diplomatic and security effort without encountering any sort of pushback by way of adverse ‘consequences’ that the Saudis are now being warned about. I would venture the opinion that absent Israel’s opposition, JCPOA would have been by now long restored, providing greater stability to the Middle East while at the same time gradually lifting the harsh and unjustifiable Trump sanctions that have brought great suffering to the people Iran.

President Biden has warned that there will be consequences, what consequences could this move have?

Biden has been deliberately vague about the nature of such consequences, although he spoken publicly about reevaluating the entire U.S./Saudi relationship. It may indicate that such a public show of displeasure, also reflecting some Congressional and public pressure to rethink whether closeness to Saudi Arabia sufficiently serves American interests to offset the clash with U.S. proclaimed values relating to human rights and democracy. I believe that it is helpful at this stage to consider this flareup as  a temporary kerfuffle between long-term allies joined at the hip. If this is true this incident will eventuate in nothing more consequential than a warning and a signal of disappointment, at most conveying an implicit threat that if such diplomatic defiance is shown in the future by Riyadh it might then indeed have ‘consequences,’ but even that might be a stretch unless Israel also turns away from soliciting normalization of relations with Saudi Arabia. If Republicans regain the White House in 2024, there will be even less willingness to rethink in any serious way, U.S./Saudi relations.

More concrete options are of course presently possible and have been proposed in the U.S. media and the Congress including an embargo on arms and legal action against the OPEC oil cartel. I find it somewhat doubtful at this stage that such drastic steps would be taken, and if they were, I would predict a boomerang effect. I suspect that the foreign policy establishment in Washington is inhibited by the fear that in the event of a tangible pushback, Saudi Arabia might become tempted by the opportunity to shift its alignment in a direction more in line with China and Russia, an outcome running directly counter to the regional policies of both Israel and Egypt and quite disturbing for Europe, and of course the United States.

An important question here is: on what basis and why has Riyadh decided to do this? Do you believe Riyadh will partner with another country?

It is probable that Saudi Arabia’s leaders are also hoping that the storm will pass, and that it can reestablish close security ties with the U.S. once having made its point about the autonomy of its approach to oil and OPEC+. There is little reason to think that the Saudis are ready to risk the loss of U.S. support for the security of Kingdom against internal and external adversaries. This has been the overriding Saudi goal long before MBS became the face of Saudi Arabia, and this support has critically extended to the management of its regional rivalry with Iran.

It may take some accommodating steps by Riyadh to restore rapidly pre-crisis normalcy such as voting with the U.S. in the UN to condemn the Russian annexation of four areas of Ukraine following the sham referenda that Moscow insisted exhibited a popular preference for reintegration with Russia. It has been rumored that the Saudis have given secret reassurances that current OPEC oil production quotas will be reconsidered at the next cartel meeting in light of any changes in the world economic situation that might lead increased oil production by OPEC members.

I would think that both the U.S. and Saudi Arabia will downplay the apparent tensions of the moment, and nothing concrete will happen to diminish the strategic level of mutual cooperation between these two countries. I further assume that behind the scenes, Israel is exerting strong pressure encouraging such an approach for the sake of its regional ambitions  and to undergird its continuing  efforts to confront and destabilize Iran. Nevertheless, it is a turbulent time in international relations, and anything is possible. So what seems most plausible at this moment may look quite different in a month or two.