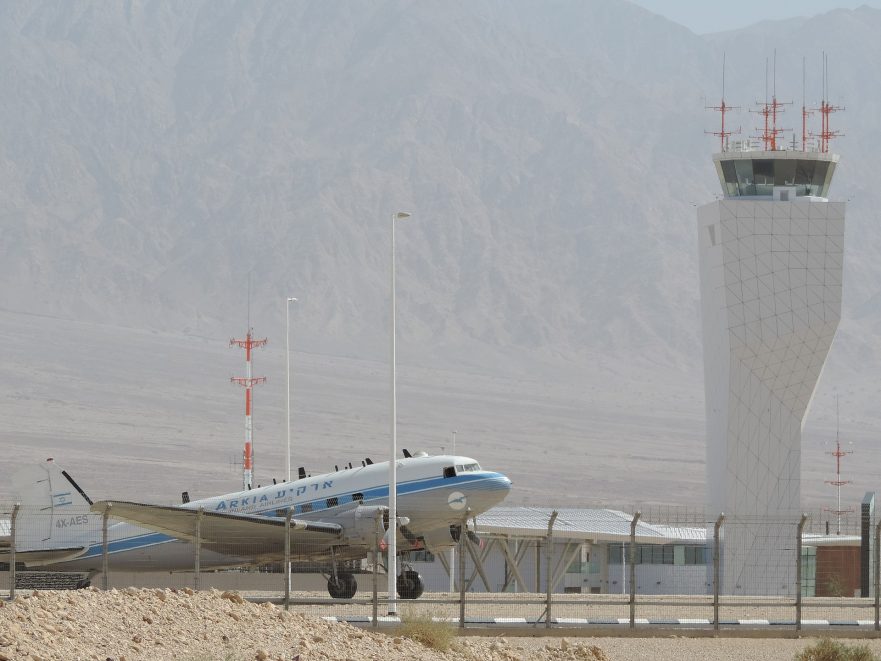 With the establishment of the Palestinian Authority in 1993, according to the Oslo Accords between Israel and the Palestine Liberation Organization, in 1998, a Palestinian airport was built to the south of Rafah in the Gaza Strip.

The Gaza International Airport was meant to represent what many thought would be a new Palestinian sovereignty that will eventually materialize through establishing a Palestinian state on the 1967 boundaries. The airport had direct flights to Istanbul, Cairo, Jeddah, and Amman, and it was meant to serve as a transit point for Palestinians catching connecting flights to other countries through airports mainly in Egypt.

Funded by the late Moroccan King Hassan II, the Gaza International Airport was opened on  November 24, 1998, and ceased operations when the Palestinian Second Intifada broke out in 2000. I remember the day it was opened, the excitement felt throughout the coastal enclave of what many Palestinians naively thought would be a Palestinian state.

Once Upon a Time: an Airport in Gaza

My grandfather, then Grant Mufti of Jericho, traveled from the West Bank to Gaza to take part in the opening ceremony, which was also attended by then U.S. President Bill Clinton and late Egyptian President Muhammed Hosni Mubarak. The ceremony was also attended by dozens of officials, artists, and figures from different parts of the world.

It was a fancy airport funded by Morocco with a unique architecture style. Schoolchildren would be taken on day-long field trips to areas surrounding the airport where they would watch planes landing and taking off.

As a child, I recall going on such a field trip and how exciting it was to watch planes taking off. Despite the relatively long distance in Gaza standards—we had to travel some 20 miles to the south of Gaza—the exhaustion would disappear once we got there and saw the commercial flights landing and taking off.

Yet this Palestinian dream of sovereignty was crushed when Israel destroyed the Gaza International Airport in 2000, turning it into a pile of rubble. Israel targeted the airport with dozens of missiles. It would target the airport again and again over the years, although it was destroyed, probably to remind Palestinians of their loss. Since then, Palestinians in the Gaza Strip have been traveling through Egypt or, in very limited cases, Israel to get to the outside world.

Recently, the Israeli government came up with a plan to allow Palestinians to travel through the Ramon International Airport, located in south Israel and constructed in 2019, close to the Red Sea. The 14,000-dunum airport, 18 km to the north of Eilat, was designed to serve as an alternative to the Ben Gurion Airport when a war breaks out with Palestinians; the latter was targeted in 2014 and 2021 during confrontations with the Palestinians.

The Ramon Airport was also meant to encourage tourism in the Red Sea, which however was dealt a serious blow due to COVID19. In short, the airport proved to be a failure on many levels.

How to market it then? Israel, the cheapest occupation in history, decided to allow Palestinian flights to take off from the airport. The first flight has reportedly taken off today, August 22, to Cyprus. Pegasus Airline is likely the company which will operate the four fights a week to Istanbul from Ramon Airport.

By doing this, Israel gives life to a dead airport, and makes money from the Palestinians. Meanwhile, Palestinians joke about the fact they need another flight to get to the airport as they have to travel for four hours from the West Bank city of Ramallah to get to Ramon Airport.

Israel can implement this plan at a political cost. Jordan would most likely oppose the plan as it deprives it from the economic benefits of Palestinian travelers through Jordan. This explains why the Allenby crossing connecting the West Bank with Jordan saw crowds of Palestinians trying to cross to the West Bank recently as both Israel and Jordan traded accusations of responsibility.

The Palestinian Authority, trying to maintain good ties with Jordan, refused the Israeli plan to transfer Palestinian passengers through the Ramon Airport.

Additionally, Palestinians would reject such a plan for political reasons as Israel is trying to profit even further from its cheap occupation of Palestinian land, the same way it uses Palestinians as cheap daily laborers.

Israel aims to save its unused airport at the expense of the Palestinians and their political sovereignty. It is better for Israel, if it really cares about the Palestinians as it claims, to allow hundreds of Palestinian patients caged in the Gaza ghetto to receive urgent medical attention, which is otherwise not available there due to Israel’s siege.

These days, traveling for Palestinians has become another tool of dehumanization that aims to deprive Palestinians of their freedom of movement, ironically. The Ramon Airport was built to save a failing tourism industry and it was meant to replace Israel’s major airport, Ben Gurion Airport, in times of conflict. Israel’s proposal to transfer Palestinians to other countries is anything but innocent.

The Ramon Airport is an example of how Israel is profiting from its occupation by exploiting Palestinians and their need to travel. Why do Palestinians have to travel four hours to get to an airport while many of them could travel using the nearby Ben Gurion Airport?