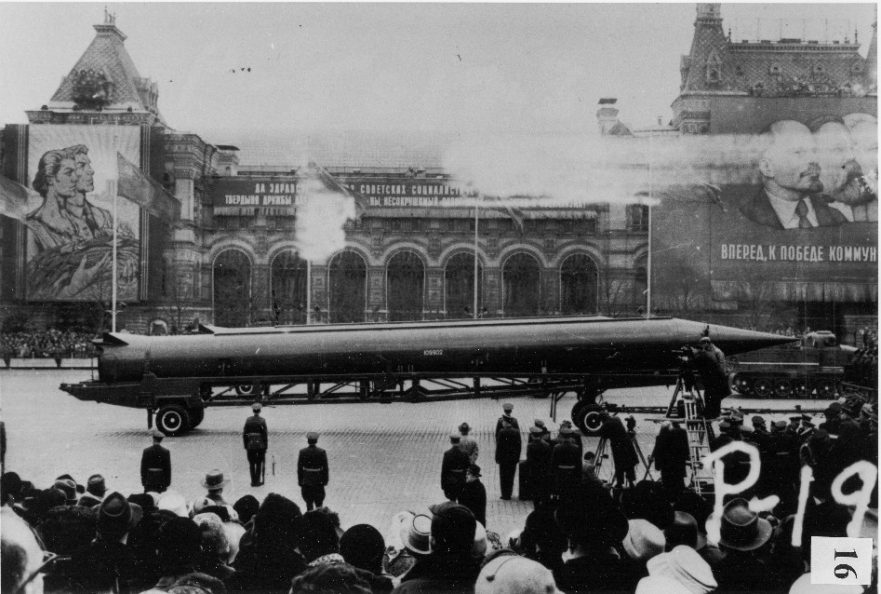 We are pleased to crosspost this piece by JWE Board Member Rick Sterling which was first published by AntiWar.com

There are significant parallels between the international crises in Cuba in 1962 and Ukraine today. Both involved intense confrontations between the USA and the Soviet Union or Russia. Both involved third party countries on the doorstep of a major power. The Cuban Missile Crisis threatened to lead to WW3, just as the Ukraine crisis does today.

Cuban Missile crisis and the current crisis in Ukraine

In 1961, the US supported an invasion of Cuba at the “Bay of Pigs.” Although it failed, Washington’s hostile rhetoric and threats against Cuba continued, the CIA conducted many assassination attempts against Cuban leader Fidel Castro.

Cuba, seeking to defend itself, or at least have a means of retaliating in case of another attack, sought missiles from the Soviet Union. The Soviets agreed and began secretly installing the missiles. As a sovereign nation having been attacked and under continuing threat, Cuba had the right to obtain these missiles.

US President JF Kennedy thought otherwise. Invoking the Monroe Doctrine, he said the missiles endangered the US and must be removed. He imposed an air and sea quarantine on Cuba and threatened to destroy a Soviet ship traveling in the high seas to Cuba. The world was on edge and there was global fear that World War 3 was about to erupt. In my homeland Canada, we went to bed seriously worried that nuclear war would break out overnight.

Fortunately for humanity, cooler heads prevailed, and there were negotiations. The Soviets agreed to withdraw the missiles in Cuba. In return, JFK agreed to withdraw US missiles in Turkey aimed at the Soviet Union. The Cubans were furious, thinking they had been betrayed and lost their means of defense. But the Soviets had the bigger picture in mind, along with a US commitment to not invade Cuba.

The situation now in Ukraine has similarities. Instead of missiles in Cuba being a threat to the US, NATO in Ukraine is seen as a threat to Russia. NATO has steadily expanded east and installed missiles in Poland and Romania. Since 2008, Russia has explicitly said that Ukrainian militarization by NATO was a red line for them. Kyiv is much closer to Moscow than Havana is to Washington. If it was justifiable for JFK to give the ultimatum regarding missiles in Cuba, is it not justifiable that Russia would object to Ukraine being a part of a hostile military alliance?

In 1962 the US and Soviet Union realized that escalating tensions and hostilities must be avoided, and they turned to negotiations. They found a mutually acceptable compromise.

The situation seems more dangerous today. Instead of seeking an end to the war, the US and NATO are pouring in weapons and encouraging more bloodshed. It appears to be a proxy war with the US prepared to fight to the last Ukrainian. There are calls to escalate the conflict.

Knowing the background to the current crisis is essential to understanding Putin’s actions. Unknown to most Americans, a crucial event came in 2014 when a violent US supported coup overthrew the democratically elected Ukraine government. US State Department official Victoria Nuland handed out cookies as Senator John McCain encouraged the anti-government protesters. In a secretly captured conversation with the US Ambassador to Ukraine, Nuland selected who would run the government after the pending coup. In the final days, opposition snipers killed 100 people on both sides to inflame the situation and “midwife” the coup. Oliver Stone’s video “Ukraine on Fire” describes the background and events.

On the first day in power, the coup government issued a decree that removed Russian as a state language.

Within weeks Crimea organized a referendum. With 85% participation, 96% voted to leave Ukraine and re-unite with Russia. Why did they do this? Because most Crimeans speak Russian as their first language and Crimea had been part of Russia since 1783. When Soviet premier Khrushchev transferred Crimea from the Russian republic to the Ukrainian republic in 1954, they were all within the Soviet Union.

In Odessa, anti-coup protesters were attacked by ultra-nationalist thugs with 48 killed including many burned alive as they sought escape in the Trade Unions Hall. In eastern Ukraine, known as the Donbas, the majority of the population also opposed the ultra-nationalist coup government. Civil war broke out, with thousands killed.

With the participation of France, Germany, the Kiev government, and eastern Ukraine rebels, an agreement was reached and approved by the United Nations Security Council. It was called the Minsk Agreement. Russia has repeatedly encouraged the implementation of this agreement. Instead of negotiations and peace, the Kyiv government and NATO have done the opposite. Since 2015, there have been more weapons, more threats, more NATO training, more encouragement of ultra-nationalism plus NATO military exercises explicitly designed to threaten and antagonize Russia. This is not speculation; it is described in a 2019 Rand report about “Overextending and Unbalancing Russia.”

The Biden administration appears to want to prolong the conflict in Ukraine. President Biden declared in a “gaffe” that Putin must be replaced. Defense Secretary Austin has said the US goal is to “weaken Russia.” Former Secretary of State Hillary Clinton thinks Afghanistan in the 1980’s is a “model” to follow in Ukraine by bogging Russia down in a protracted war. Republican and Democratic senators Graham and Blumenthal visited Kyiv on July 7 and called for sending even more weapons. There is evidence that the US and UK have been advising Ukrainian president Zelensky to NOT negotiate.

The Need for Courage and Compromise

With war and bloodshed happening now, we need cooler heads to prevail as in 1962. We can have a LOSE – LOSE situation, endangering the whole world, or a compromise which guarantees Ukrainian independence while providing security assurances to Russia.

JFK had the courage and wisdom to resist the CIA and military generals who wanted to escalate the crisis. Does Joe Biden? There is a huge difference between the two presidents. JFK knew war first hand. He was injured and his brother died in WW2. He became an advocate for peace. It may have cost him his life, but millions of people were saved. In contrast, Joe Biden has been a proponent for every US war of the past three decades. Not only that, he was a major player in the 2014 Ukraine coup and aftermath.

Since Biden appointed the chief architect of the Ukraine coup, Victoria Nuland, to be the third top official at the State Department, one cannot realistically expect a change in policy from this administration. Neo-cons are in charge.

If we are to avoid disaster, others must speak up and demand negotiations and settlement before the situation spirals out of control.