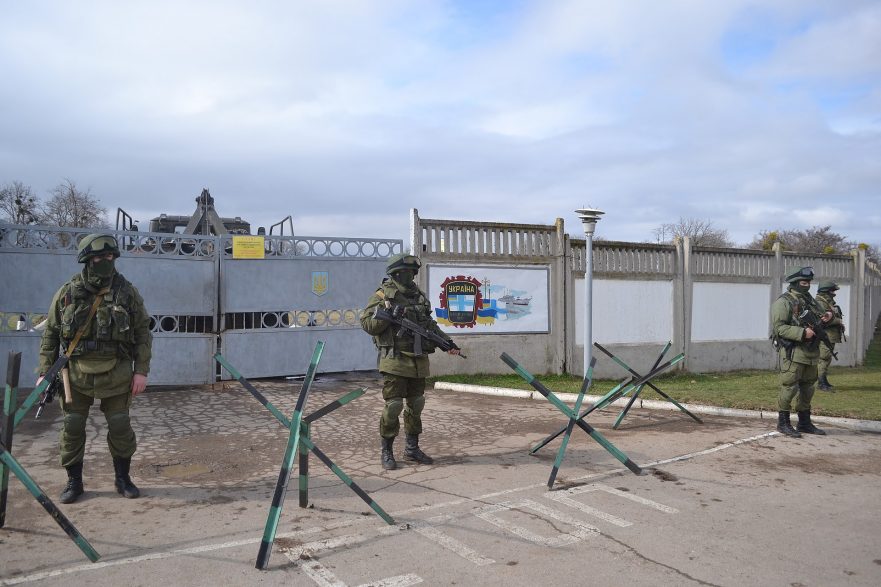 We are pleased to crosspost this letter from JWE Board Member and International Jurist Richard Falk’s blog, Global Justice in the 21st Century.

Prefatory Note: The following letter appeared in the prominent German weekly, ZEIT, last week. It is written from a European perspective, calling for a ceasefire followed by bilateral negotiations between Ukraine and Russia. The organizers and the signers are almost totally drawn from the higher echelons of German intellectual and academic life. The letter does not directly address the geopolitical dimensions of the Ukraine War. As a result, it fails to cast blame on the United States or NATO for seeking a Ukraine battlefield victory or on Russia for threatening to unleash nuclear warfare. Nevertheless, the urgent call for an end to the killing and diplomacy is a welcome and valuable alternative to the idea, seemingly endorsed by leading NATO governments, of a prolonged Ukraine War even if it keeps escalation tensions at a heightened level, diverts attention and resources from climate change, and subjects especially countries in the Global South to multiple forms of severe hardship and dangerous forms of instability.

Europe faces the task of restoring and securing peace on the continent. This requires the development of a strategy to end the Russian war in Ukraine as soon as possible.

Ukraine has been able to defend itself against Russia’s brutal war of aggression for three and a half months now, partially thanks to massive economic sanctions and military support from Europe and the United States. However, the longer this support continues, the less clear it becomes which goals are being pursued with it. A Ukrainian victory with the recapture of all occupied territories, including the Donezk and Luhansk oblasts and Crimea, is considered unrealistic by most military experts, given Russia’s military superiority and ability to further escalate militarily.

All western countries that provide military support to Ukraine must therefore ask themselves what their precise goal is and whether (and for how long) arms deliveries continue to be the right course of action. Continuing the war with the aim of Ukraine’s complete victory over Russia means that thousands more victims will die for a purpose that does not seem realistic.

Moreover, the consequences of the war are no longer limited to Ukraine. Its continuation is causing massive humanitarian, economic, and environmental distress around the world. Rapidly rising prices, energy and food shortages have already led to unrest in many countries. Fertilizer shortages will have a global impact if the war lasts beyond the fall. High casualty rates, many deaths from hunger and disease and destabilization of the global situation are to be expected. Warnings of these dramatic consequences are also being issued at the international political level (G7, UN).

All western countries must stand united against Russia’s aggression in Ukraine and further revanchist claims. However, prolonging the war in Ukraine is not the solution. The current developments surrounding rail transit to the Russian exclave of Kaliningrad and Putin’s announcement to deliver nuclear-capable missile systems to Belarus, show that the danger of escalation is increasing. The western countries must do anything they can to ensure that the war parties reach a negotiated settlement as soon as possible. This alone can prevent years of a war of attrition with its fatal local and global consequences, as well as a military escalation that could lead to the use of nuclear weapons.

Negotiations does not mean a surrender of Ukraine, as is sometimes assumed. A dictated peace by Putin is not an option. The international community must do everything it can to create conditions under which negotiations are possible at all. This includes a declaration that the Western actors have no interest in continuing the war and will adjust their strategies accordingly. It also entails a willingness to secure the terms of a truce as well as the results of peace negotiations internationally, which may require a high level of commitment. The longer the war continues, the more international pressure will be necessary to get both sides back into negotiations. The West must make every effort to persuade the governments of Russia and Ukraine to suspend combat actions. Economic sanctions and military support have to be integrated into a political strategy aimed at gradual de-escalation until a ceasefire is fully implemented.

So far, there has not been a joint and concentrated effort by the international community, the major Western players in particular, to seek negotiations. As long as this is not the case, it cannot be assumed that an understanding is impossible and that Putin in particular does not want to negotiate. In a deadlocked conflict, it is a standard practice that war parties have maximum demands or explicitly reject peace talks. The course of the negotiation attempts so far has shown some initial willingness on both sides to come to an understanding by a flexible approach to the attainment of their goals. At this point, only a major diplomatic offensive can lead out of the current impasse.

The opening of negotiations is not a justification for war crimes. We share the desire for justice. Negotiations, however, are first and foremost a necessary means to prevent further suffering in Ukraine and adverse consequences of the war around the world. Considering the threat of humanitarian catastrophes and the manifest risks of escalation, stability must be restored as quickly as possible. Only a suspension of combat actions will create the time and opportunity necessary to do this. The supreme importance of this goal demands that we rise to the challenge and do everything in our power to make an early ceasefire and the start of peace negotiations possible – and refrain from doing anything that contradicts this goal.