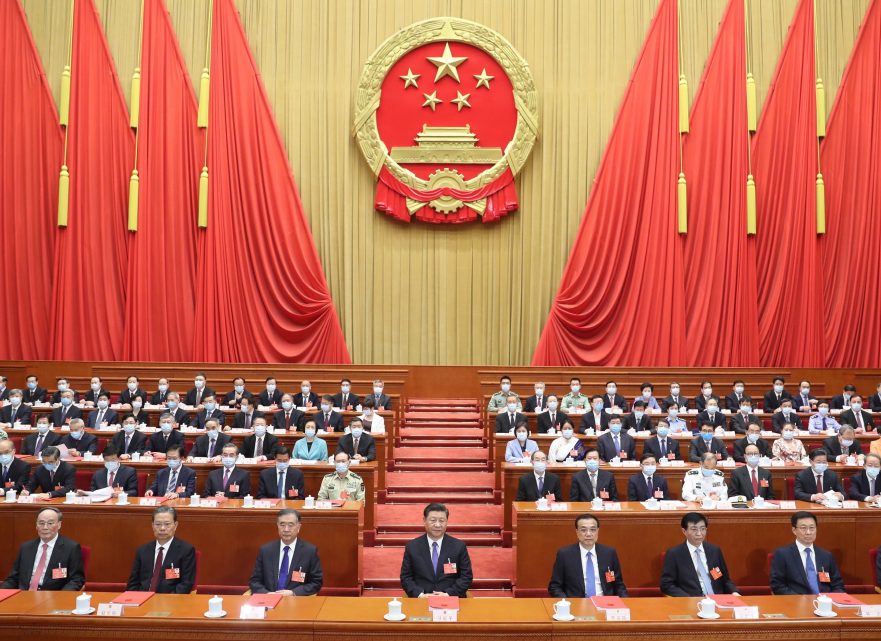 We are pleased to crosspost this interview from Global Justice in the 21st Century, the blog of JWE Board Member Richard Falk.

There has in recent months many discussions centering around the proper characterization of China from an ideological point of view. The Chinese leadership has its own reasons for doing this, seeking to present what it deems a glorious self-image. In contrast, the West, especially the United States has wanted to offer an ideological explanation of its confrontational stance with China. Part of the ideological confusion is whether or not China can be considered to be a type of ‘democratic’ state, which it sometimes claims to be. China was not invited to take part in Biden’s Summit of Democracies, but questionable democracies as Israel, India, and the Philippines received invitations. What the United States has refrained from doing is to attribute China’s success to its mastery of and reliance upon market-managed economic policy.

In my judgement, China’s self-identification as ‘a Communist state’ in certain contexts is no more misleading than the U.S. assumption that it possesses all the credentials to be claimed the world’s leading ‘democracy.’ There are features of both political systems that defy such labels from a descriptive perspective. China accelerated its amazing development process of the last 50 years by sometimes defining its system of governance as ‘socialism with Chinese characteristics,’ which was a coded way of expressing its participation at home and internationally in the capitalist world economy guided by a perspective usually described as ‘neoliberal globalization.’ Such an identity was underscored by Chinese membership in the World Trade Organization (WTO), widely accepted as an institutional body entrusted with overseeing and promoting global capitalism in its neoliberal phase. It is became common for economists to describe China after the market friendly reforms to attract foreign investment and promoted trade associated with Deng Xiaoping leadership in 1991 as establishing a ‘socialist market economy.’ To ideological militants in the West to be ‘socialist’ amounts to being ‘communist,’ a negative characterization applicable not only to China but also to social democracy in Scandinavia or liberal tendencies of the Democratic Party in the United States.

It is obvious that invoking the label ‘Communist’ by a party leader in Beijing is quite different than its use as a political slur by right-wing politics in Europe and North America. When Chinese officials insist on ascribing a Communist identity to China it functions as a claim of  legitimacy, confirming fidelity to its founding ideology and recalling its revolutionary struggle. When agitators inside and outside of government in the West call China ‘Communist,’ or even ‘Socialist’ it is meant as both as an insult and a warning about an alien ideology that poses a domestic threat by way of leftist and even left liberal politics.

Looked at differently, China exemplifies the Communist political tradition after the Cold War associated with Marx and Lenin, and later Mao, in certain crucial respects. The Communist Party provides authoritative ideological guidance in relation to its own governing process, oversees one-party rule, provides guidance for political education and citizenship, and entrusts leadership to a single person essentially for lifetime. The current leader, Xi Jinping exemplifies this tradition in all respects. No political alternatives are accepted as legitimate challengers to Communist rule. In periodic five-year high-level conferences of the Chinese Communist Party leadership ideological articles of faith are reaffirmed and adjustments made by expressions of consensus seemingly shaped by the leader.  The Chinese government from the moment of its takeover of the Chinese mainland in 1949 has suppressed dissent, and insisted on an extreme form of secularism that has regulated religious movements strictly, sometimes harshly, particularly if they dare to exhibit political ambitions.

Despite some superficial resemblances to the Soviet Union, and the Cold War, it would be deeply misleading to view China through a Soviet lens or by way of post-World War II geopolitics. Two extraordinary differences highlight the gaps between the Cold War era and the present confrontation with China: first, in contrast to the Soviet Union, China has compiled a remarkable record of administrative competence, which has overseen the greatest economic and geopolitical ascent of any country in all of history, a story confirmed by spectacular growth, alleviation of extreme poverty, and increasing dominance of the most significant technological frontiers of 21st innovation; secondly, China’s expansionist foreign policy has been completely reliant on soft power instruments of influence, producing many win/win solutions, including its hyper-ambitious Belt and Road Project, and contrasting dramatically with the Western rise and Soviet attainment of superpower status which were based on military conquest and imperial forms of coercive control. It is the U.S. hostile reaction that confronts China rather than cooperates that seems mainly responsible for

inducing China to place an ever greater emphasis on military capabilities to maintain its national interests by discouraging U.S. provocations. The West should be learning from China rather than treating China as the second coming of the USSR, necessitating an ideological and militarizing mobilization for a new cold war that the world cannot afford, diverting attention and resources from a series of urgent global challenges posed by climate change, pandemics, global migration, gross inequalities that did not seriously impact on international relations.

Only the costly arms race, especially its nuclear dimension, made the last half of the 20th century vulnerable to catastrophe on a global scale, threatening species survival, prepared the public sphere for its present policy agenda.

Xi Jinping has been claiming that he is adapting Marxism to contemporary condition under the banner of ‘Marxism for the 21st Century.’ As near I can tell this terminology is used mainly as a way to identify and highlight the charismatic relevance of Xi Jinping personal leadership, and in the process elevate him to the status of the most eminent of revolutionary leaders, above all as the equal of Mao Zedong. Xi’s  ideological viewpoint has been also associated with explaining what is meant by the phrase ‘socialism with Chinese characteristics.’ In ideological discourse, especially internationally, Xi commonly refers to the ‘socialist’ nature of the Chinese approach rather than to claim its ‘communist’ character.’ Xi clearly wants his various audiences to believe that Marxist thought remains as dynamic and relevant as ever, being ‘full of vitality,’ and thus the key to future human happiness.

The Chinese references to 21st century Marxism is also a way of entering dialogue with Marxist political parties in other societies and creating a common global discourse. It also seems a way to be faithful to Marxist-Leninist traditions of thought without having to comment critically upon the Soviet-led interval as a departure from Marxism. Put in positive terms Marxism in the 21st century calls for dedication to ‘human progress’ focused on building ‘a shared future for humanity’ in collaboration with congenial forces around the world

Whether China is viewed as a Communist center of power or not is less important than for the West to relate to China in a manner that is mutually beneficial for world peace and multilateralism. The policy emphasis on the West should be on not only learning from China but on bringing out the most constructive responses in relation to China’s potential indispensable contributions to world order. Such a view is not blind to Chinese violations of human rights or the excesses of Han nationalism, but it views these undeniable blemishes as best left to dynamics of internal reform and to the pressures mounted by global civil society, rather than as presently, a form of geopolitical harassment and anti-Chinese mobilization.