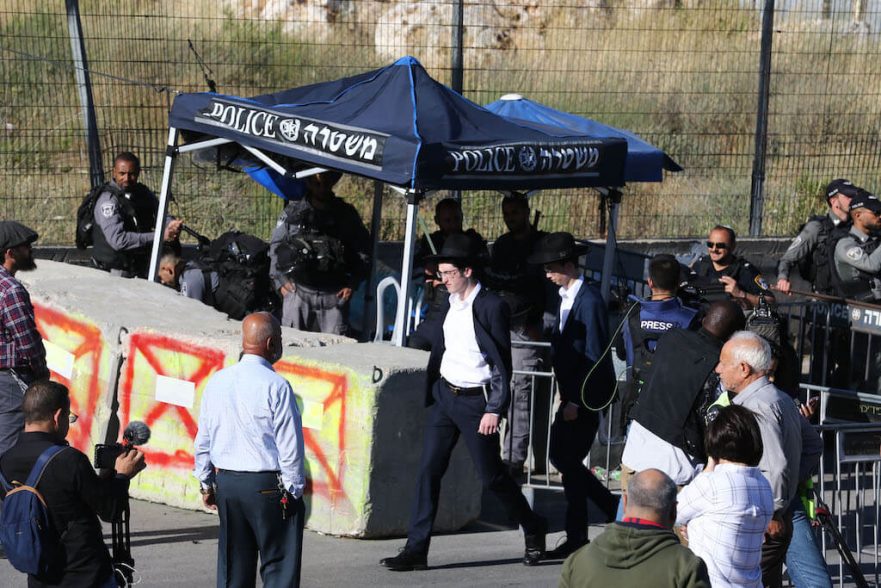 Espionage of the Palestinians and their leaders by the Zionist movement is documented to have taken place in the 1930s and 1940s, with the Palmach, an underground force which included the Arab Platoon. The Arab Platoon recruited people who might pose as Arabs, such as Isaac Shoshan, a Syrian-born Israeli undercover operative, who passed away in 2020.

Ehud Barak, Israel’s former prime minister, tweeted about his death, noting that he was one of many people who learnt at the hands of Shoshan, adding that “generations of warriors learned their trade at his feet.” The Haganah also collected information about the residents of Palestinian villages and towns, which paved the way for occupying these villages and expelling their residents throughout 1947-8.

During my conversations with Palestinian Nakba survivor Ahmad Alhaaj, who now resides in Gaza, he told me that the Zionist movement had recruited a Yemeni Jew named Ali to work as a spy and that he posed as a Palestinian imam leading the Muslims of the town of Al-Majdal (today’s Ashkol) in their prayers. Palestinians learnt his origin and that he was a spy when the invading Zionist militias entered the town in 1948 and expelled its population at gunpoint. An officer had hugged the supposed imam in front of the people who were still in shock and had thanked him for his services.

Israel’s espionage and surveillance of Palestinians have only increased over the years, and technology has contributed to making them even more complicated. In the past, it was people on the ground who would do the job, but today, Israel does not stop bragging about its technology. From social media to drones, satellites to monitoring phone calls and the internet, Israel has circled the Palestinians from land, air, and sea, and learns of every step they take.

Artificial intelligence has been increasingly used by the Israeli security, and the surveillance of Palestinians by Israel has become ever more automated. This Israeli surveillance comes as no surprise as Israel learns of the birth of every single Palestinian and keeps record of Palestinian civil records. No ID card is given to any Palestinian that Israel deems unworthy based on the Oslo Accords of 1993, which gives Israel the final say on issuing ID cards to the Palestinians, such as Palestinians who came on family visit permits and stayed in the West Bank and the Gaza Strip.

Apple’s recent legal case against the Israeli NSO group for hacking Apple users’ devices does not come as a surprise to Palestinians. Some Palestinians joke that Israeli drones, which fly over the Gaza Strip 24/7, can tell if a Palestinian family is going to cook fresh or frozen meat on a random day. Not only this, but it is also widely believed that Israel plants spy sims in every single phone device brought into Gaza through Israel – this is the main way Palestinians have access to phones and other technologies.

Palestinians know well that the Israeli authorities can listen to every single phone call made in the Gaza Strip – landlines or mobiles. The Palestinian Telecommunications Company (PALTEL) is fully monitored by Israel or it would not be allowed to function. In 2005, Jawwal, the Palestine Cellular Communications Company, made every owner of a sim card officially register it in what was believed to be an Israeli request to know the real owners of these sim cards and who uses them.

Those who refused to do so were threatened with having their lines cut off. During Israel’s repeated offensives against the Palestinians, telecommunication and internet services were allowed to function so as to make the job easy for the Israeli authorities to watch the Palestinians more effectively. This is not to negate that some telecommunication infrastructures have been repeatedly damaged by Israel and that there have been disruptions to the services and lines.

Israel monitors the Gaza Strip through unlimited numbers of cameras planted on the wall it built to keep Palestinians away. The same applies to Palestinians in the Gaza Strip who use the same telecommunications companies watched by Israel. In the West Bank, Israeli cameras have been planted on roundabouts, checkpoints, streets, and conjunctions leading to Palestinian towns to make sure that Palestinians are well-watched and that, if necessary, the recordings of these cameras can be retrieved easily.

A recent Washington Post article has revealed that, according to former Israeli soldiers, the Israeli security authorities are promoting a software known as “Blue Wolf,” which aims to use facial recognition to further monitor the Palestinians and to keep a database of the data. The former soldiers added that they were given rewards for taking photographs of Palestinians crossing checkpoints using cameras and smartphones.

The use of artificial intelligence and automation as part of the Israeli mass surveillance of Palestinians and exporting these technologies and software to other countries after testing them on Palestinians and proving they are effective is something civil society across the globe should speak out against. The last thing the world needs is to import Israeli software tested on caged Palestinians whose privacy has been completely violated.

Civil society across the globe should raise their voice against Israeli surveillance technologies which will only serve to violate the privacy of peoples in exactly the same way they violate the privacy of Palestinians. The U.S. government’s blacklisting of NSO over the use of Pegasus to spy on different human rights activists and journalists is an indication of how serious this Israeli software should be taken, and the need to protect other nationals from the violation of their privacy and their subjection to mass surveillance.

It must be very boring and sadistic for Israeli officers monitoring the Palestinians 24/7 as they listen to stories about the devastating impact of Israel’s military occupation and siege on the lives of those being spied on. International civil society must act to end the violations of Palestinians’ privacy and the automation of their surveillance, because no one knows, who will be next. Israelis have no reason to ask a Palestinian crossing a checkpoint out of Gaza the reason his family placed another door in their grandmother’s house. The answer is truly mundane.