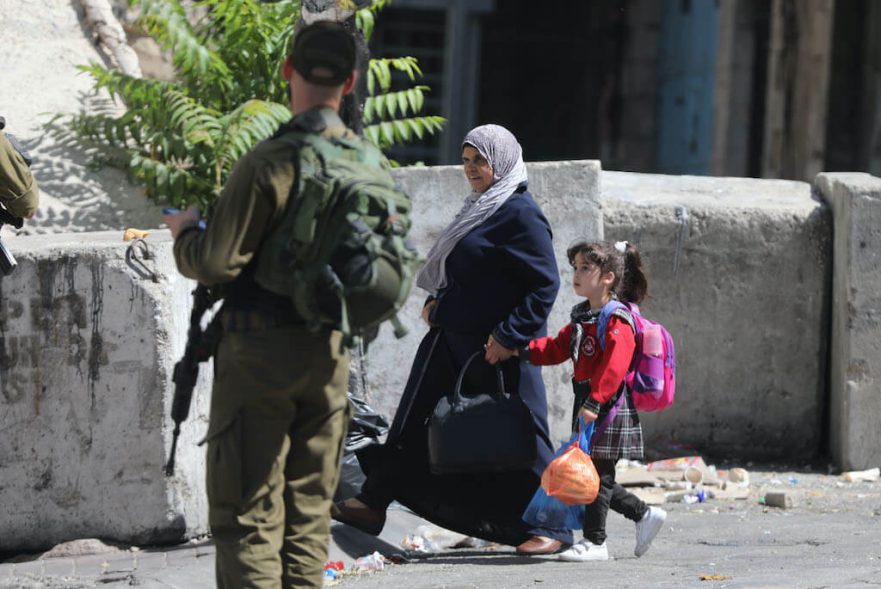 Following the United Nations Resolution 181, also known as the United Nations Partition Plan for Palestine, on November 29, 1947, which called for establishing two states in Palestine, an Arab and a Jewish one, the only fact that has materialized on the ground today is a Jewish state for Israeli Jews. The Palestinian people are still struggling to build their own state 73 years down the road, living today as a diaspora, in refugee camps in neighboring countries, or in the West Bank and the Gaza Strip with almost no rights.

Palestinians rejected the UN Partition Plan in 1947 because it gave Jews, most of whom were migrants and who made 33% of the population and owned nearly 6% of the land, 55% of Mandatory Palestine, while it gave Palestinians, who made 77% of the native population and owned 94% of the land, 45% of it. Jerusalem was designed as an international zone.

According to this UN plan, the rights of the native population, including their cultural and political rights, should not be harmed. Yet, what happened was the exact opposite: the majority of Palestinians became refugees and the newly established Jewish state took over 78% of the land.

The discourse of major Palestinian political parties and later, the Palestine Liberation Organization (PLO), following the establishment of the state of Israel in 1948, throughout the 1950s and 1960s, was about establishing a democratic state in Mandatory Palestine where Muslims, Christians, and Jews would live in peace. This is still the official program of some leftist Palestinian parties such as the Popular Front for the Liberation of Palestine (PFLP).

The failure to materialize a one-state solution in Palestine meant that the PLO would adopt a stance that is more willing to accept a two-state solution. This is especially true with the Palestinian Declaration of Independence proclaimed in Algiers in 1988, which called for establishing a Palestinian state on the 1967 borders, namely the Gaza Strip and the West Bank.

The two-state solution in Palestine started to gain popularity and support again in the 1990s. All peace agreements and negotiations that followed the Palestinian Declaration of Independence were based on the two-state mantra and paradigm.

The Oslo Accords, which were inked at the backyard of the White House between the PLO and Israel in September 1993, came as no surprise to many Palestinians. The Oslo Accords were based on establishing a Palestinian state which would exist in peace and security next to Israel based on the 1967 borders. The accords, which were supposed to be an interim agreement that would result in the establishment of a Palestinian state five years later in 1998, were never implemented and negotiations collapsed.

With a Palestinian population of five million in the Gaza Strip and the West Bank, and nearly 1.8 million in Israel, Palestinians have become the majority between the Jordan River and the Mediterranean. All attempts to erase the existence and identity of Palestinians have failed, and Israel today, considering its refusal of the two-state solution – which was born dead anyway – is faced with one reality: apartheid, where the minority governs the majority.

Palestinian president Mahmoud Abbas, whose presidency term ended in 2009, warned Israel during the 76th UN General Assembly that an apartheid one-state reality is emerging in Palestine/Israel, and that if the latter does not end its military occupation of the Palestinian territories in one year, the PLO will withdraw its recognition of Israel.

“Circumstances on the ground will inevitably impose equal and full political rights for all on the land of historical Palestine, within one state,” he said. Neither Israel nor the majority of Palestinians take Abbas’s declarations seriously, and polls suggest his popularity is at its lowest levels.

The truth is that engaging with Israel in peace talks by counting on its goodwill gestures alone was a strategic mistake by the PLO in the first place. Israel has only utilized these negotiations and the establishment of the Palestinian Authority to advance its expansion plans, and to claim before the whole world that it is not an occupying power and that the West Bank and the Gaza Strip are “disputed territories.” Not only this, the PLO’s entry into peace talks with Israel has created a serious Palestinian political rift that Palestinians are yet to recover from.

The PLO should correct its strategic mistake of 1993 and call on all Palestinians, regardless of their location, to adopt a struggle on the premises of achieving equal rights. In practical terms, this includes Palestinians in the West Bank, the Gaza Strip, the Palestinian diaspora, and those living in today’s Israel.

This struggle by definition includes the demand that all Palestinian refugees be allowed to return back – including to what is today Israel. This approach also means that Palestinians should be treated and act based on the notion that they are a unified collective that see their shared future together regardless of the divisions imposed on them, be they geographic or political.

Without a shadow of a doubt, calling for equal rights in Palestine means establishing one state that includes Israeli Jews who wish to live in peace. As time has proven, any other solution that ignores the historical injustices against the Palestinians and the question of Palestinian refugees is doomed to fail.

Today, Gaza’s population has hit the 2.25 million milestone, and in the third quarter of this year alone, 15,216 Palestinian babies were born in the Gaza Strip. The situation in Palestine is unsustainable and it is only a matter of time before things run out of hand. Then, it might be too late for Israel to keep Palestinians under control, because investing in apartheid is not a winning strategy.

Young Palestinians should take the initiative to give life to the aging political parties and leadership, and make sure that their voices are heard. Once they have embraced the younger generations, these aging Palestinian political parties and leaders should adopt a unified strategy based on calling for the granting of full rights to Palestinians and allowing refugees to return back to their homes and towns, based on UN Resolution 194.

This means that a one-state reality in Palestine, completely free of apartheid, is the only way out. Given that this is materializing anyway on the ground thanks to Israeli policies which are replete with apartheid, it seems a matter of time before Palestinians adopt a one-state solution approach with equal rights as the way forward.