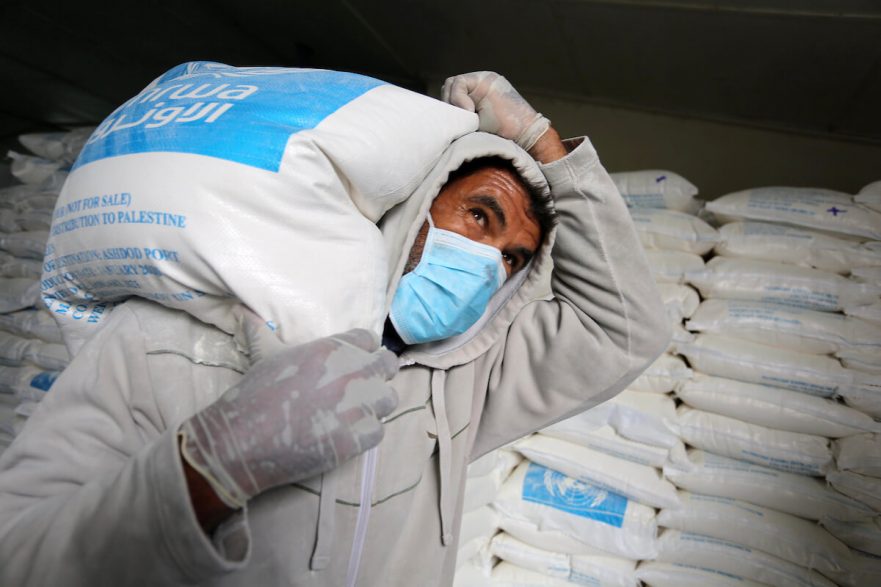 As of July 10 the numbers of Coronavirus cases:
Israel 845,379
West Bank 228,792 (includes 28,841 in East Jerusalem* unchanged since 4/24)
*One theory: because of the high vaccination rate in Israel, (before the Delta variant), most clinics are not testing for Covid and East Jerusalemites have access to sick funds which are not doing a lot of testing – it is still unclear if East Jerusalem is being counted by Israel AND again by the Palestinian Ministry of Health and or WHO…still trying to figure that out)
Gaza 115,156

July 18 Israel
On July 18 Prime Minister Naftali Bennett issued new restrictions in a bid to curb the highly contagious COVID-19 delta variant as Israel sees a slight increase in serious cases. According to the new restrictions, indictments will be filed against confirmed coronavirus patients who have violated quarantine.
In addition, police will now focus on enforcing COVID restrictions at events and celebrations, and particularly at weddings, as these gatherings have high potential for mass infections.
Haaretz

Israel saw 836 new coronavirus cases on July 18, data from the health ministry revealed, with 66 COVID patients in serious condition. The rate of positive COVID tests stands at 1.71% percent, a slight increase. The number of patients in serious condition has seen a slight climbing trend since the start of the month, with the 19th’s 66 representing the highest number of serious patients since mid-May. According to new restrictions, indictments will be filed against confirmed coronavirus patients who have violated quarantine.
Haaretz

Israel’s coronavirus czar Nachman Ash urged Israelis to refrain from travel abroad on July 19, warning that the Delta variant was spreading across the globe. “Now is not the time to take unnecessary flights,” Ash said, adding: “Those who go abroad are putting themselves and their families at risk.” The Health Ministry is set to add 11 nations to its list of countries requiring mandatory isolation. Travelers who break quarantine are subject to a fine of 5,000 shekels (around $1,500).
Haaretz

July 20 Israel
Israel recorded a further increase in daily coronavirus cases on July 19, but saw a slight decrease in serious cases as the Delta variant spread across the country. According to figures released by the Health Ministry on July 20, Israel currently had 1,372 new COVID-19 cases, while 836 cases were confirmed on the 19th. The number of serious cases, which stood at 66 on 19th, changed to 62.
Haaretz

July 21 Occupied territories
For decades, Palestinian health workers have contended with de-developing infrastructure, limited access to specialist training, and shortages of essential medicines and equipment. On top of this, attacks on health workers have contributed to making the occupied Palestinian territories “one of the most dangerous places in the world for healthcare workers”, according to the UN. Now they are contending with unprecedented levels of mental health difficulties and rapid spread of a new more dangerous variant. Unequal access to Covid-19 vaccines and personal protective equipment has exacerbated these challenges. Frontline medics have struggled to access both, leaving them at high risk of infection themselves – around 5,000 have become ill with Covid-19.
The Palestine Information Center
Also published in Middle East Eye

July 21 Israel
Israeli Health Minister Horowitz says the battle against the Delta variant could last many months. So far, Israel has relied on the Pfizer vaccine in its vaccination drive; as of August 1, much of the public will be getting the Moderna vaccine.
Haaretz

New coronavirus regulations went into effect in Israel on July 21, as the government ramped up its efforts to curb the spread of the Delta variant. According to the new restrictions, public places and businesses are prohibited from allowing entry to or serving those not wearing masks. They must also display signs mandating masks and use their public address (PA) systems to remind people of the requirement. Any person entering a site without relevant proof of immunity could be fined 1,000 shekels ($303), with the venues facing much higher penalties. Restrictions on events involving more than 100 people in closed venues, such as banquet halls, clubs, and conference venues, have also gone into effect, and require participants to present a vaccination, or recovery certificate, or a negative test result.
Haaretz

July 22 West Bank
The sharp deterioration in coordination between Israeli and Palestinian officials as Israel threatens to annex large parts of the occupied West Bank has hurt efforts to contain the spread of the novel coronavirus, the United Nations has said. The warning came hours after Israeli forces demolished a structure used as a quarantine center for people suspected of having the virus in Hebron, claiming lack of a building permit. Palestinian health officials on July 20 confirmed two deaths and 400 reported coronavirus cases in the West Bank over the past 24 hours, including 119 infections in Hebron. The caseload in the West Bank and Gaza Strip now stands at 10,923, including 67 deaths.
Aljazeera

Israel’s coronavirus cabinet approved new restrictions July 22 due to the rise of daily cases as the Delta variant continued to spread across the country. The restrictions, pending government approval, will go into effect in one week.
Haaretz

The Israeli Health Ministry said that the effectiveness of the Pfizer BioNTech coronavirus vaccine in preventing infection and mild symptoms has dropped by 40%, according to data collected over the past month as the Delta variant spread. Notably, the data might be skewed because a significant portion of the coronavirus tests in Israel were conducted in hot spots and among the elderly, while a small number of tests was carried out among the young and vaccinated population.
Haaretz

Israel announced plans to allow only people who are deemed immune to COVID-19 or have recently tested negative to enter some public spaces such as restaurants, gyms and synagogues after a surge in coronavirus cases. In a further tightening of measures, Prime Minister Naftali Bennett’s office said the Green Pass program would be back in force from July 29, pending government approval.
“The (Green Pass) will apply to cultural and sporting events, gyms, restaurants and dining halls, conferences, tourist attractions and houses of worship,” Bennett’s office said.
Emarat Daily

July 23 Gaza
Suhair Zakkout, spokeswoman for the International Committee of the Red Cross (ICRC) in the Gaza Strip, said its health sector has long faced major systemic issues, including the lack of medicines and fuel and energy crises, that affect the quality of healthcare available for the population. Throughout the pandemic, the ICRC has supported the authorities and the Palestinian Red Crescent Society with medical equipment, personal protective equipment, and masks. Some 336,300 vaccine doses have also been donated from various countries, including Russia and the United Arab Emirates, as well as through the global COVAX program.
The reluctance of people to get vaccinated, however, has raised concerns and prompted the ICRC – alongside the health ministry and the ministry of endowment and religious affairs – to launch a campaign aimed at increasing awareness about the positive effects of the shots. “The campaign, which comprises radio spots, billboards, videos, media and social media products, will use trustworthy medical information, health advice, the hadith and verses of the Quran to encourage and reassure people in Gaza that vaccines are safe to take and help to combat the spread of COVID-19,” Zakkout told Al Jazeera.
Aljazeera

July 23 Occupied territories
According to Reuters, COVID-19 infections are decreasing in Palestinian territories, with an average of 53 new infections reported daily. That’s 2% of the peak, the highest daily average reported on April 18. There have been 344,717 infections and 3,859 coronavirus-related deaths reported in the territories since the pandemic began. During the last week reported, Palestinian territories averaged about 966,221 doses of COVID-19 vaccines administered each day; assuming every person needs two doses, that equals about 10.3% of the population.
Reuters

July 24 Israel
Israeli Health Ministry data showing a 40% drop in effectiveness of the Pfizer vaccine might be skewed because a significant portion of the coronavirus tests in Israel were conducted in hot spots and among the elderly, while a small number of tests was carried out among the young and vaccinated population. One medical expert who is consulting with the ministry said the data are still too distorted to make a reliable assessment of the effectiveness of the vaccine in preventing infection and mild symptoms. The effectiveness of the vaccine in preventing hospitalizations and severe symptoms stands at 88% and 91%, respectively, the ministry said.
This week, Israel began administering a third dose of Pfizer- BioNTech vaccine to adults with compromised immune systems. There are no plans to give booster shots to the general population, after experts said they did not think it was necessary.
Haaretz