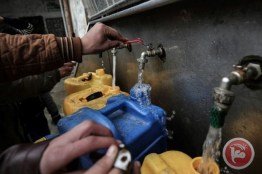 May 16 Gaza & Israel
Posted on Facebook by Tawfiq Haddad: Israel killed two of Gaza’s top doctors together with other members of their families by bombing their homes last night. Dr. Mouin, a neurologist, and Dr. Ayman Abu Aouf, head of the internal medicine department and Coronavirus response at Gaza’s largest hospital al-Shifa. Dr. Al Aloul’s five children were killed as well.

May 17 Gaza & Israel
Israeli jets bombed a residential building in the middle of Gaza causing damage to dozens of adjacent buildings, including Gaza’s main coronavirus laboratory as well as an orphanage, a girls’ high school, and the Palestinian Ministry of Health offices. The six-story Ghazi al-Shwwa building was targeted by at least three missiles, completely destroying the upper floors. Abu Hamed Abufoul, an eyewitness, told Middle East Eye, “If the Ministry of Health is not safe, then there is no safe place in the Gaza Strip. This is a war crime and the world cannot remain silent.”
Middle East Eye

May 18 Gaza & Israel
Democracy Now reported that the death toll in Gaza reached 213, including at least 61 children, as Israel continued to attack the besieged area by air, land, and sea using U.S.-made warplanes and bombs. The death toll in Israel stands at 11 from rockets fired from Gaza. Israel is facing increasing criticism for targeting doctors in its attack, and its airstrikes have reportedly damaged at least 18 hospitals and clinics, according to the World Health Organization. The attacks on medical staff and facilities are a “nightmare,” says Dr. Rasha, a Palestinian internal medicine physician working in Gaza who asked not to use her full name for safety reasons. “I think this is targeted to increase the overwhelming of the already overwhelmed healthcare system,” she says.
Democracy Now

An Israeli airstrike damaged Gaza’s only lab for processing coronavirus tests. The strike, which targeted a separate building in Gaza City, sent shrapnel and debris flying across the street, damaging the lab and the administrative offices of the Health Ministry. The lab would also be temporarily unable to process results for other tests related to H.I.V., hepatitis C and other conditions.
Over the past week, the authorities in Gaza have tested an average of 515 Palestinians daily for the virus.
Unvaccinated Palestinians were crowding into schools run by the United Nations relief agency in Gaza, turning them into de facto bomb shelters those schools “could turn into mass spreaders.”
UN and the top World Health Organization officials in Gaza said that all vaccinations had stopped when hostilities broke out, and that any vaccine supplies headed to the territory had been delayed by the closure of Gaza’s border crossings.
New York Times

May 19 Gaza & Israel
The Israel Defense Forces bombarded a street in Gaza’s Rimal neighborhood that has the only coronavirus center operating in the Strip. The center was vaccinating about 3,000 people a day, doing testing and operating a pharmacy. Following the bombardment of the building near the center, which turned the surrounding area into heaps of ruin, activities to fight the coronavirus in Gaza have essentially been shut down.
Haaretz

After 11 days of intense fighting, a fragile ceasefire that took hold. With a brief reprieve from hostilities, Palestinians immediately began repairs to the main Gaza COVID-19 testing and vaccination site that was damaged by Israeli airstrikes on the ministry of health medical complex earlier in the week.
The ministry of health in Gaza announced that it had reopened the main COVID-19 lab and could continue
processing new coronavirus tests. Additionally, a small lab opened yesterday by the border with Egypt in order to run the COVID-19 test for exiting Palestinians.
Friday also marked the first day in over a week when goods could enter Gaza. In the first round of shipments, UNICEF imported 11,000 doses of the Sinopharm COVID-19 vaccine, first aid kits, antibiotics, fire extinguishers, and bags of blood and saline-glucose.
Mondoweiss

May 22 Gaza & Israel
Gazans and international aid agencies raced to head off overlapping medical crises as hospitals already overrun with injuries from the 11-day bombardment by Israel struggled to treat a surge in coronavirus cases from packed shelters.
Tens of thousands of people crowded into underground chambers, community centers and other places across Gaza seeking to avoid the Israeli airstrikes, creating opportunities for the virus to spread.
At the same time, the attacks left more than 1,900 people injured across Gaza before a cease-fire took effect Friday, according to health officials here. At least 248 people in Gaza and 12 in Israel were killed in the waves of Israeli strikes and rocket attacks from Gaza. The International Committee of the Red Cross (ICRC) said it was sending a mechanical ventilator, patient monitors, defibrillators, suction devices and other equipment.
The U.N. said groups were prioritizing medical equipment and supplies, as well as hygiene kits, to help residents contend with collapsed civic infrastructure.
Damage cut water supplies in Gaza by 40%, the ICRC said, and some 700,000 are affected by power cuts.
To date, fewer than 40,000 Gazans have been vaccinated, a bit less than 2% of the population.
The loss of the testing lab means that asymptomatic cases will go undetected, even as doctors fear the virus is spreading at an accelerated pace.
Washington Post