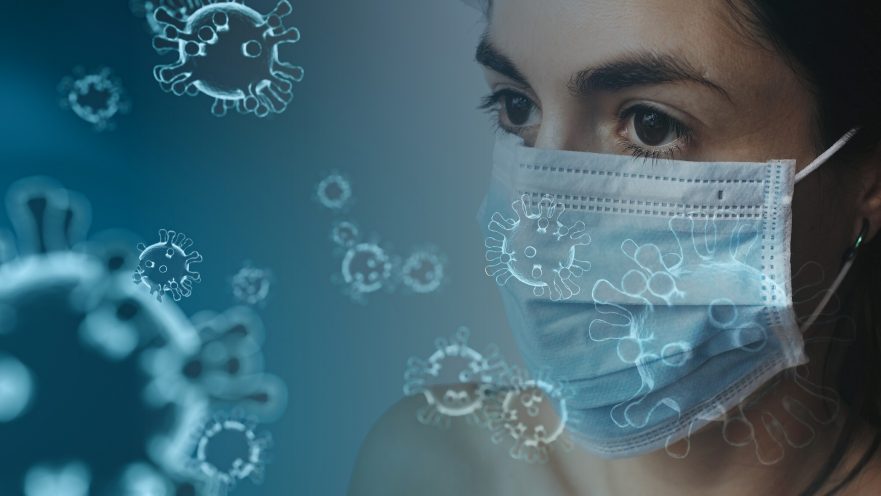 The following piece, by JWE Board Member Alice Rothchild, is crossposted from Mondoweiss:

Much of the analysis of COVID-19 and Palestine examines the pandemic through a political lens. Palestinians in Israel and the territories have had less access to testing and information due to their second-class citizenship and the conditions of occupation.  In the West Bank and Gaza, there are significant deficits in medical resources (such as ventilators) and trained (and adequately paid) medical staff.

In general Palestinians under occupation have high rates of diseases related to stress, poverty, smoking, and poor nutrition such as diabetes, hypertension, and obesity. They tend to live in environments contaminated by the detritus of war and the toxics from unregulated industries (such as Israeli industrial zones in the West Bank) with high levels of asthma and cancer. They often work in jobs that cannot be done on Zoom and that provide no labor protections– notably the construction and homecare workers who travel daily to Israel from the West Bank, waiting for hours in crowded checkpoints.

Recent studies in the United States shed light on the risks and realities for Palestinians. The Harvard University Center for the Developing Child published a paper in April addressing racial disparities through the scientific lens of early childhood trauma. They suggested that the legacy of structural racism and cross generational trauma produces an elevated level of chronic stress that in turn creates an increased susceptibility to a number of diseases, including COVID-19.

There is also growing evidence that common diseases, like hypertension, heart disease, diabetes, and obesity, may be grounded in physical and emotional adversity occurring during the prenatal period and the first few years of life. The obvious implication of this is that to address the challenges of the pandemic, society must attend to childhood stressors and the structural inequities that lay the groundwork for increased susceptibility.

It is now clear from US data that older people of color with pre-existing conditions have the highest rates of infection, hospitalization, and death from COVID-19. It can be argued that race (a predominantly social construct) is not the issue– rather, that the racism within our societies where African Americans, Hispanics, Native Americans, and other people of color live and work creates the inequities and vulnerabilities that produce the racial and ethnic differences in the data that are now obvious.  Think poverty, poor housing, oppressive societal attitudes, the legacies of slavery and Jim Crow.

We see that “essential” workers who toil in the healthcare and food industries, have been showing up without adequate protection from infection.  They tend to rely on public transportation, to live in crowded quarters in parts of the city with increased pollution and environmental poisons, more food deserts, less green space for exercise and stress reduction. They also often do not have paid sick leave and adequate health insurance and when dealing with the health care system, face the institutional racism and implicit bias that is in the forefront of the Black Lives Matter movement and the social and cultural dawning that is sweeping the globe.

Likewise, the Pew Research Center noted that the pandemic has been particularly difficult for women, immigrants and young adults when it comes to job losses. All these groups share lower levels of education when compared to men, native-born, or older adults. Once again, the culprit is social and political. These workers make up the majority in leisure and hospitality fields, education and health services, and retail, and are clearly less able to work from home. Workers with college degrees are much more likely to engage in social distancing and teleworking, as well as staying home when ill.

The Center for Disease Control data also confirmed the disproportionate vulnerability of Black and Latino populations, (62 and 73 cases per 10,000 people respectively) as opposed to white people (23 cases per 10,000). This disparity is seen across the country from cities to rural areas and across all age groups and is reflected in very disparate death rates as well. Many people in lower socioeconomic groups are faced with the stark decision of needing to work in order buy food, pay rent and utilities. Families are being asked to choose between having enough to eat and avoiding homelessness versus taking precautions to stay healthy.

Defeating this pandemic and pandemics in the future will require more than a widespread testing, contact tracing, a successful vaccine, universal mask wearing, and social distancing. The US government has irresponsibly politicized public issues like mask wearing, has belittled scientists and reputable data, pitted social distancing against the opening of the economy and schools as if they are not interrelated challenges, and threatened to overturn the Affordable Care Act.

This nation needs a major and consistent commitment to a vigorous and well-funded public health system as a top priority along with universal access to health care and a vigorous respect for science. At the same time, we need to address the underlying inequities that leave millions of US citizens at a lifetime of disadvantage when it comes to education, work, health, and defeating the pandemic.

If we apply these lessons to Palestine, the parallels are clear. Palestinians in Israel and the occupied territories suffer from high levels of structural racism and cross generational trauma. From childhood to adulthood, they are at risk for the same stress related illnesses as people of color in the US: hypertension, heart disease, diabetes, obesity, and heart disease. They suffer from decades of anti-Arab racism, occupation and siege, often live in crowded refugee camps or multigenerational homes, and often work in settings that cannot be replicated virtually. Many families are food insecure and need to work to survive, especially in Gaza.

The solutions are also clear.  Ending the pandemic is intricately connected to ending the occupation and siege and building a society that addresses the terrible inequities that not only contribute to a loss of political and personal freedom, but also lays the physical groundwork for high levels of disease and death.