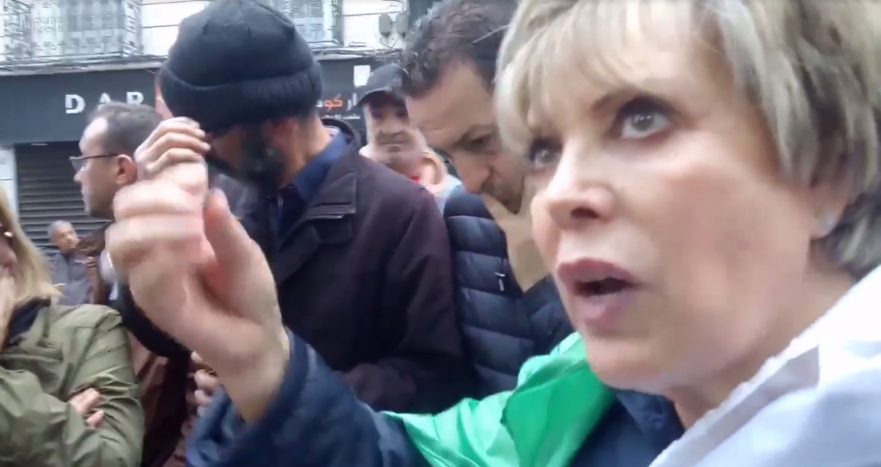 On December 12, 2019, Algeria held a presidential election. Americans may not have noticed, since hardly any news from Algeria reaches our shores. And the election itself may turn out not to have been a very important moment. But the larger picture of what has been happening in Algeria is certainly worth our attention.

First the election: an ageing technocrat, Abdalmajid Tebboune, received some 58% of the votes cast. Participants in the country’s mass protest movement had vigorously called for a boycott of the vote. In the end, just under 40 % of eligible voters took part– if official figures are to be believed, which many Algerians do not.

Tebboune is very much a figure of the old guard, but with a few possibly important differences. He has had a lot of experience in governance at the local, provincial, and national level, having served as Prime Minister in the last phase of the Bouteflika presidency. But he was also Algeria’s shortest-serving Prime Minister ever. He reportedly fell out with the former president’s brother, Said Bouteflika, when he tried to move against some of the corrupt businessmen who were his allies and was unceremoniously dismissed after just six weeks in office. Still, he is widely perceived as a pillar of the old system and he will have to go quite some distance to win the confidence of most ordinary Algerians.

The protest movement, or hirak, had called for a boycott. These millions of Algerians who have been peacefully flooding the streets, all across the country, each Friday since last February, were calling for fundamental change, not a pseudo-election that they feared could bestow legitimacy upon the same old army-backed system that has been in charge in the country since 1962.

Since the election, there have been a few indications that both le pouvoir (that is, the powers-that-be) and some of the opposition demonstrators have been thinking about how to get out of the political impasse that has been in place for years.

Tebboune, to his credit, made some conciliatory comments in his inaugural speech, including by noting the legitimacy of many of the hirak’s demands. He also said that henceforth he did not want to be addressed as “Your Excellency”:  “Mister” would be just fine.  More concretely, he immediately replaced the very unpopular Prime Minister and Minister of Interior.

It is early days to judge the reaction to these moves from skeptical Algerians, but two currents are already visible. One, especially prominent in the Berber-speaking areas of Kabylia, where almost no one participated in the election, has been to reject any idea of dialogue or negotiation with “the gang” in power. Before December 12, a popular slogan in the weekly street demonstrations was “No elections with the gang.” Now, that has been tweaked into “No negotiations with the gang.”  Sometimes this call is augmented with demands that political prisoners must be released before any negotiations or dialogue, and that the restrictions on the media that have been tightened over recent months should first be lifted.

While these generally rejectionist views seem widespread, there is also a current of opinion being expressed by some of the oft-quoted intellectuals – academics, political figures, members of civil society groups – that reflects a shift of emphasis in the hirak’s current phase. One tendency is saying that the hirak needs to begin to establish its priorities and to develop forms of representation through countrywide deliberations. The goal here might be an eventual unified platform of demands for change in the constitution, elections to a constituent assembly, and so forth. All of that is still, however, predicated on significant gestures from the pouvoir in the form of releasing prisoners and freeing up the media.

There is clearly still some suspicion among many in the hirak that any move to “structure” the movement could prove divisive. It sometimes seems that anyone showing an inclination for a leading position or claiming to speak for the hirak is automatically suspect. We have seen something like this in other mass protest movements around the world, but in the Algerian case the distrust of anyone seeking power is profound and is exacerbated by the absence of well-established political parties. Still, at some point these very horizontal movements do need some form of structure if they are to succeed in forcing change from the highly institutionalized bureaucratic and military establishments that have dominated Algerian political life for so long.

To give you a sense for how this debate may unfold, we can look at a few excerpts from recent on -the-ground commentary.  For example, Zoubida Assoul, the president of a political group called the “Union for Change and Progress”, argued in an intra-hirak street gathering held December 20 that the hirak needs to “self organize”  and “structure itself to formalize its own platform of demands in order to block the path of any attempt at infiltration or cooptation that would destabilize or break the unity of the movement.”  (See this short video of Assoul discussing these ideas with others in a small corner of the 44th Friday street protest. As is common in Algeria, she speaks in a mixture of dialectical Arabic and French and her interaction with the crowd is interesting to watch. The images in this blog post are stills from the video.)

Another articulate commentator on current events is Amine Khene, an intellectual and former diplomat, who recently wrote his 107th short essay on the events of the past ten months.  Having noted just after the election that it changed none of the fundamentals, Khene now writes that “the formal dialogue between the people and the power holders cannot take place before the powers-that-be respond positively and with concrete actions to the demands that have been expressed for the past ten months by the popular movement.”

It is worth noting that while Khene, along with many others such as the legendary freedom fighter Zohra Drif Bitat, forthrightly opposed the December 12 election, they also urged Algerians not to try to block those of their compatriots who chose to vote. This insistence on maintaining the peaceful and rights-respecting nature of the protests and the unity of the country has been one of the most impressive parts of Algeria’s recent experience.

I urge anyone reading this to stay tuned, to keep an eye on what is happening in this second largest Arab country. It is possible that, somewhat along the model of Tunisia, we could see in Algeria another promising move toward a decent outcome of this inspiring example of sustained, peaceful political protest.  However, there still remain many worrisome signs that the old order will not give way without a fight.

William B. Quandt is a scholar, author, and professor emeritus in the Department of Politics at the University of Virginia. He previously served as senior fellow in the Foreign Policy Studies Program at the Brookings Institution and as a member on the National Security Council in the Nixon and Carter administrations. His areas of expertise include Algeria, Middle East issues, and U.S. foreign policy.