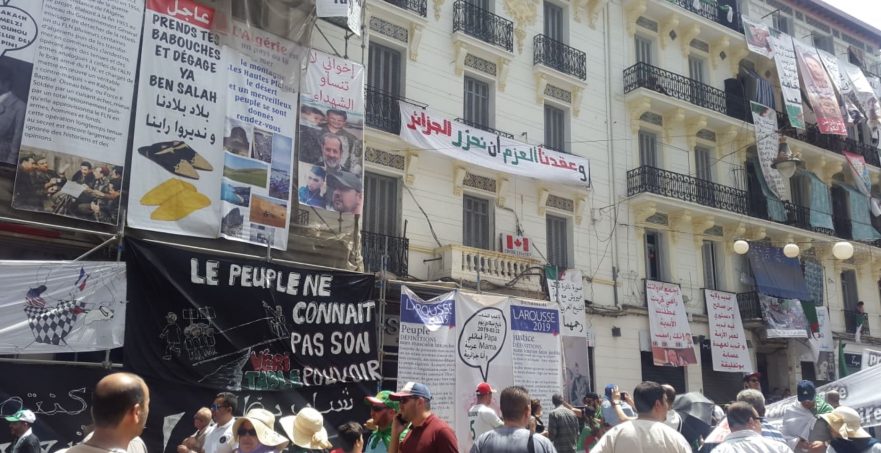 We are very happy to publish this paper, which was produced May 5 by a group of 15 professors at the Faculty of Political Science and International Relations, University of Algiers 3. (This paper was sent to us in English, which we have very lightly edited. ~JWE)

The current crisis results from the lack of a strategic vision for the future of our national state. Hence, a group of professors present these initial elements of thinking about possible solutions, based on a number of key controlling principles and the need to distinguish between the immediate and the long term.

First: National unity of people and territory.
Second: The engagement of political will.
Third: Preservation of state institutions.
Fourth: Preservation of confidence among the parties to the solution.
Fifth: Adopting the mechanism of dialogue without exclusion or marginalization.
Sixth: To avoid getting trapped in transitional stages.
Seventh: Working within the horizon of a strategic vision.
Eighth: Taking the geo-strategic and international dimension into consideration.
Ninth: The military support.

Operational mechanisms for a solution

In accordance with Articles 07, 08, 11 and 12 of the Constitution, we propose the following:

Signed on behalf of fifteen Professors by: