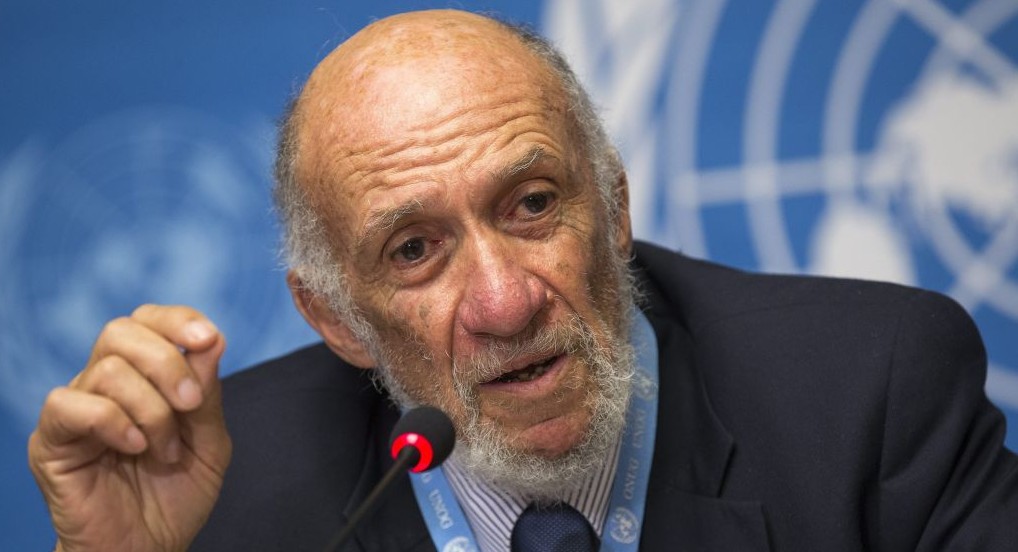 Just World Educational board member Richard Falk (seen above) has been making many waves recently. On March 15, the UN’s Economic and Social Commission for Western Asia (ESCWA) released a report that he and Prof. Virginia Tilley had co-authored, which measured Israel’s practices against the set of criteria that the United Nations had established back in the 1970s for the crime of Apartheid, and had found that Israel’s practices added up to Apartheid. In the furore that followed, the UN’s new Secretary-General, Antonio Guterrez, withdrew the report; and the head of ESCWA, UN under-SG Rima Khalaf resigned in protest.

Scroll down to learn more about these developments.

Prof. Falk is not the only member of JWE’s community of thought leaders who’s been impacting the world recently:

** On March 23, JWE organized a timely forum in our hometown of Charlottesville, VA on “Syria, Yemen, and U.S. Warmaking in the Middle East.” The discussion featured Gabe Huck on Syria, Sheila Carapico on Yemen, and David Swanson on the U.S.’s military activities throughout the region. JWE President Helena Cobban moderated.

The forum was videotaped and can be viewed in its entirety here. 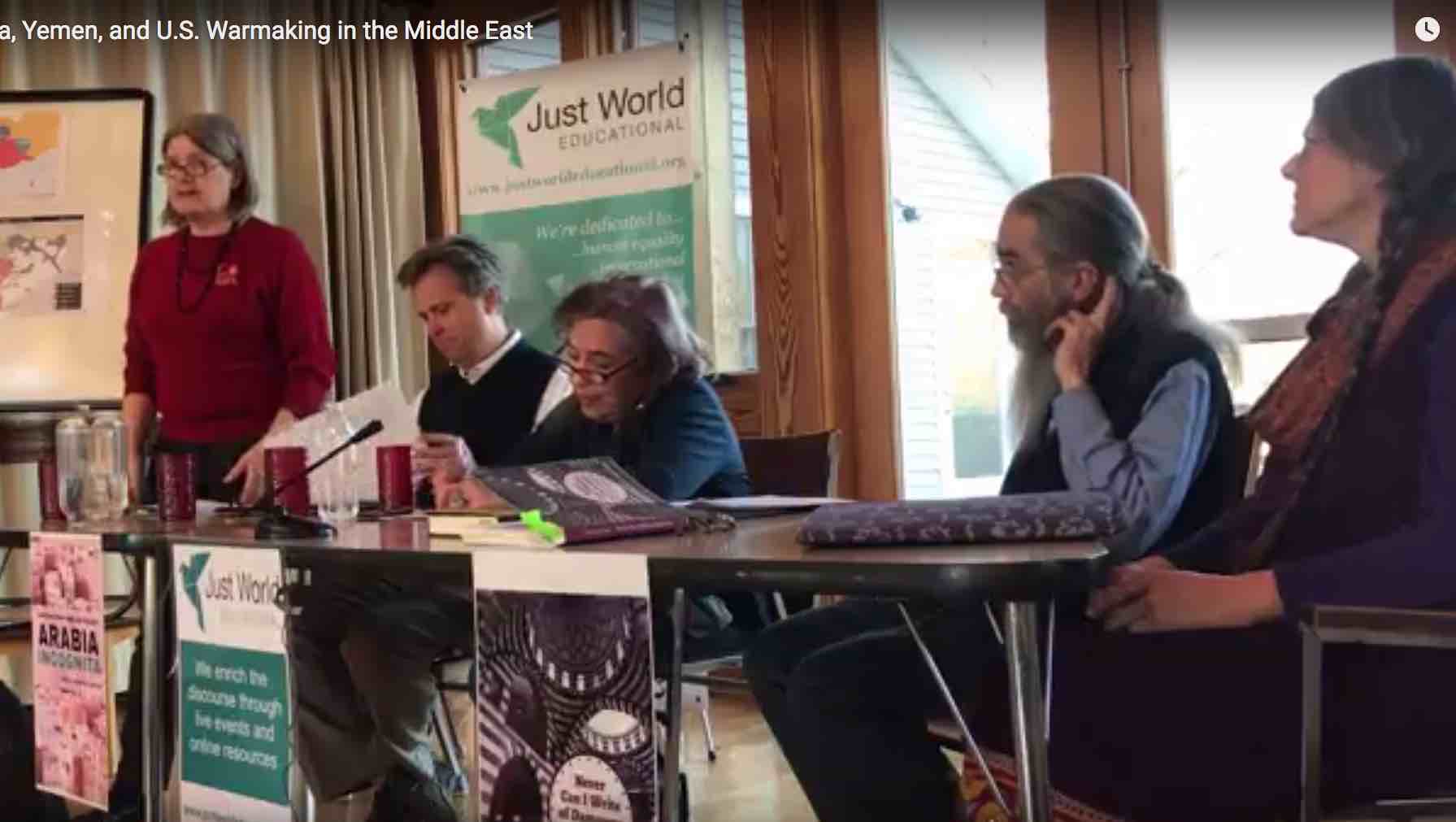 ** Yesterday, March 28, Israeli writer and social critic Larry Derfner had a powerful oped in the international edition of the New York Times, titled “Israel’s Next War Is Always ‘Inevitable'”. The op-ed strongly critiqued that contention and drew attention to the many offensive military acts Israel has been carrying out recently against Syria, Lebanon, and Gaza.

Derfner, the author of a soon-to-come memoir of his life in Israel, No Country for Jewish Liberals, will be featured in a a JWE educational event on Facebook Live next Tuesday. 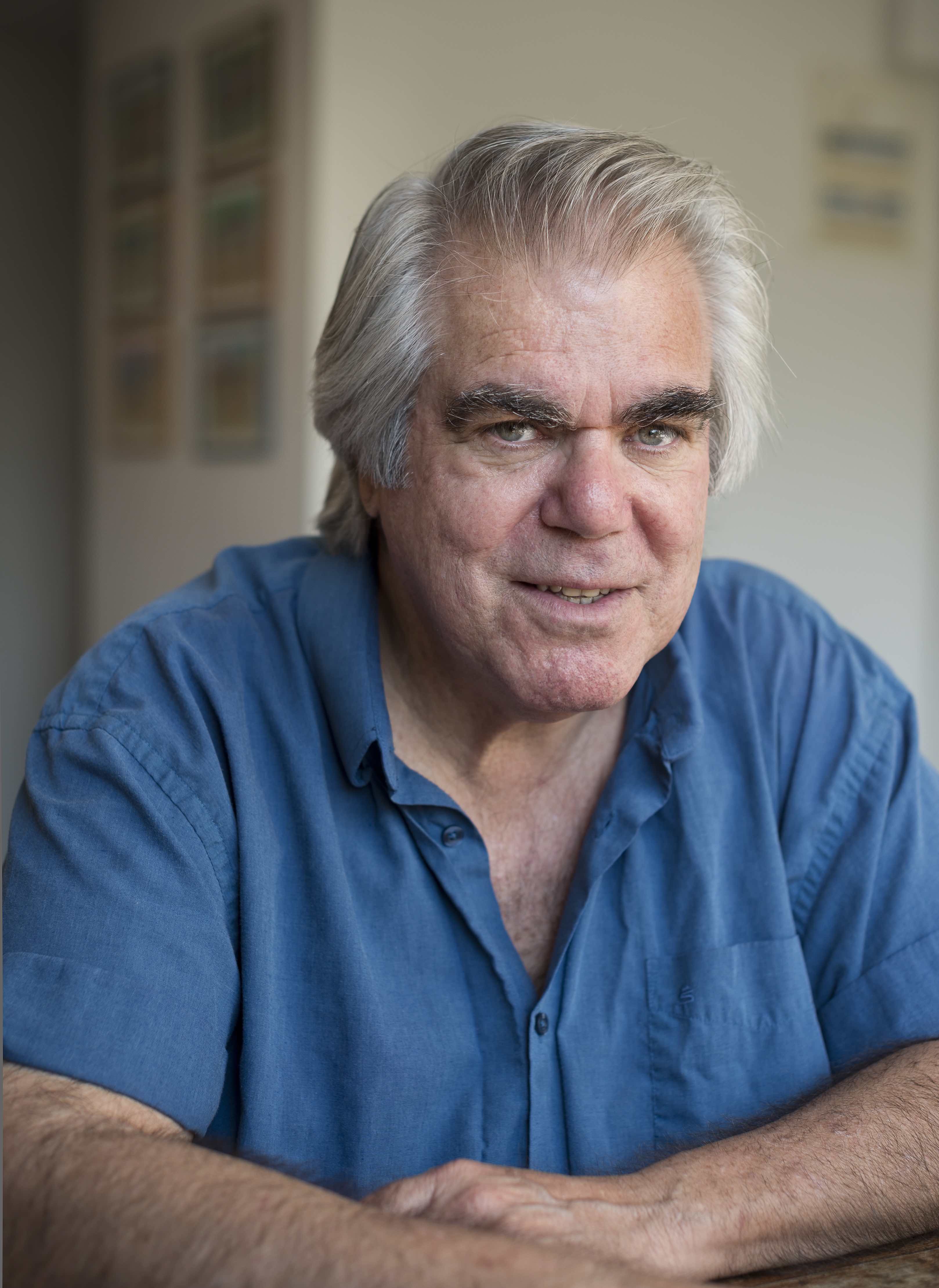 ** Earlier this month, our good friend the tireless peace activist Dr. Alice Rothchild, MD was scheduled to give a series of talks in the area of Sarasota, FL by the Sarasota Institute for Lifelong Learning, SILL.

On Feb. 27, she learned from her hosts there that the Jewish Federation of Sarasota-Manatee had sent out an email blast arguing that, “Today, over 20 JCCs and Jewish day schools received bomb threats… And now in our community, [SILL], whether intentionally or not, has added fuel to this anti-Semitic campaign by presented a speaker who is a purveyor of hatred – Dr. Alice Rothchild…” 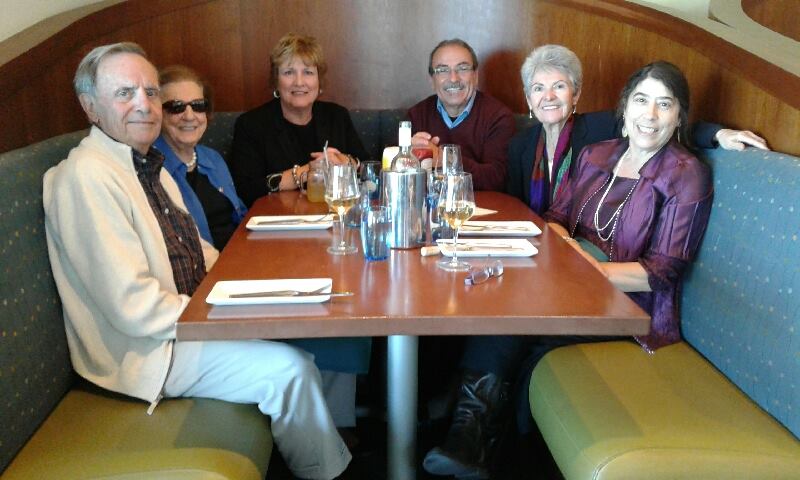 Luckily the SILL leadership was not intimidated by this blatant attempt to squelch any free discussion of the facts that Dr. Rothchild has uncovered throughout her 15 years of leading health/rights delegations to Palestine and Israel. More than 1,000 people attended her talks!

Dr. Rothchild, the author of the recently issued book Condition Critical: Life and Death in Israel/Palestine, wrote two great blog posts about her experiences in Sarasota. You can read them here and here.

… So now, back to Prof. Falk and his recent harsh experiences at the hands of the UN bureaucracy. (This bureaucracy was evidently acting under great pressure from Washington’s new ambassador to the UN, Nikki Haley, who excoriated the report even before she had time to read it. But still, it was a great pity that the Secretary General caved to her pressure so speedily and so completely.) 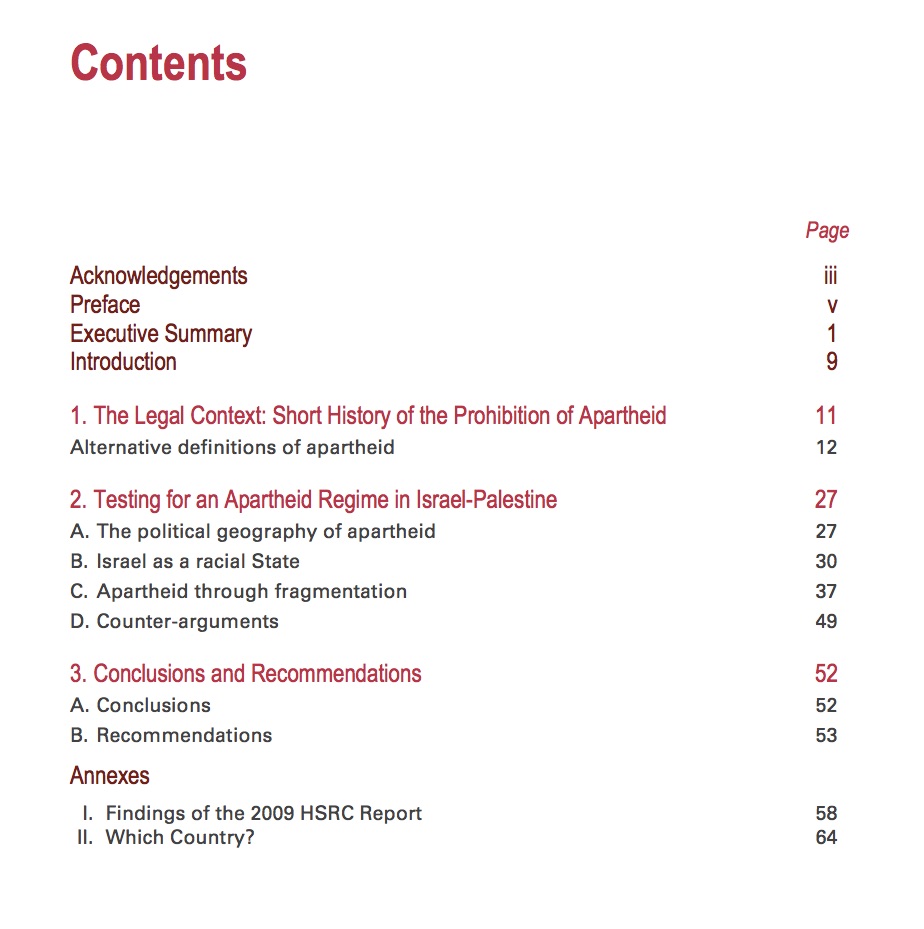 The report, by the way, is widely available on the internet, including here. Its Contents page (right) gives a good indication of the approach used by its authors, both of them very distinguished scholars of apartheid and human rights.

This is far from the first time that Prof. Falk has aroused the ire of the Israelis and their supporters. During the six-year term he served as the UN’s Special Rapporteur on the rights of Palestinian residents of the occupied territories, 2008-2014, he was very frequently the target of disinformation and hate campaigns launched against him because of his work.

As was shown in the latest campaign against Dr. Rothchild, the most fervent supporters of Israel’s settler-colonial project reserve special ire for those of their critics who were born and raised in Jewish families. As in Dr. Rothchild’s case, too, the main objective of these diehard ideologues is to shut down any discussion of the facts rather than allow reasonable people to discuss them. 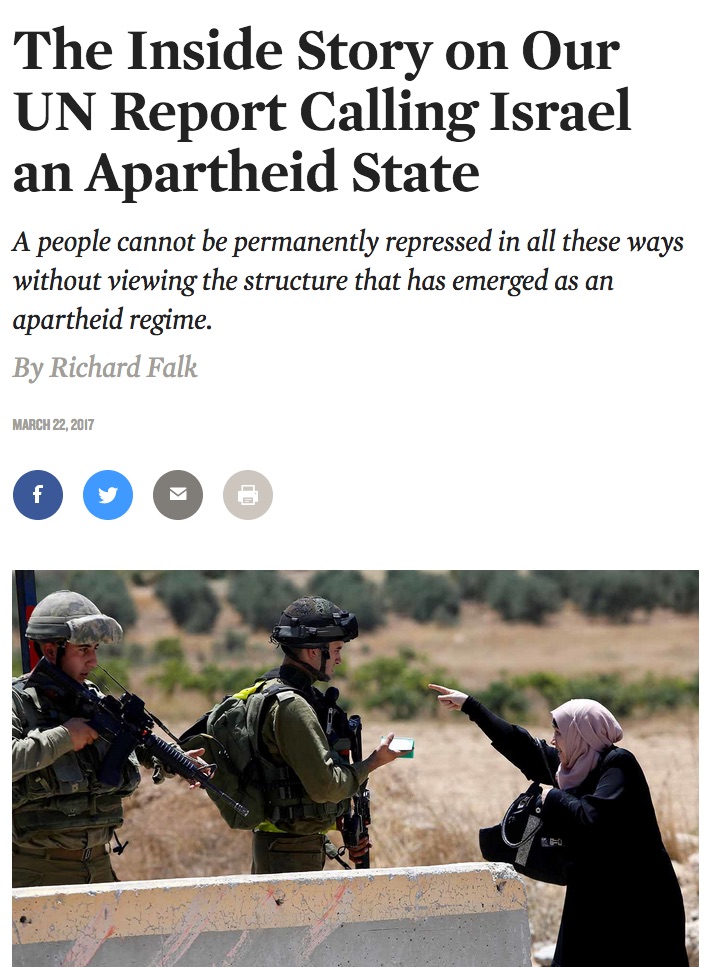 For his part, Prof. Falk hit back at his critics with a strong article in The Nation, March 22, that gave “The Inside Story Our UN Report Calling Israel an Apartheid State”.

But more attacks were still to come for Prof. Falk. When the report came out, he was touring in the (still-) United Kingdom in connection with the launch of a new book from Pluto Press, Palestine’s Horizon: Toward a Just Peace. He was able to hold book-related talks in Eduinburgh and at LSA, in London. But the LSE event was the scene of considerable, deliberate disruption. As he recounted in this March 27 article in “Middle East Eye”,

when a Q&A period got started, pretty soon all hell broke loose, with members of the audience shouting at one other.

Among the most disruptive of those present were a middle-aged man and woman who stood up, unveiled an Israeli flag, shouting “lies” and “shame”, and holding up large sheets with such insults in large letters.

Finally, after seeking quiet, the security personnel present removed them from the hall and discussion more or less resumed.

Worse was to come. On the following two days, book talks he had been due to give at East London University and Middlesex University were both canceled by the authorities. In one case, the university said proper procedures had not been followed. In the other, the university cited “health and safety concerns”.

His conclusion was that:

My experience these past days, suggests that academic freedom in Britain has taken a fairly serious hit, and is definitely being tested in relation to the Israel/Palestine agenda.

It should be obvious that the vitality of democratic society is most at risk when the subject matter touches on matters of fundamental belief and opposing views of justice.

For this reason alone, it is worth struggling to ensure that British universities will in the future act more responsibly, and make a greater effort to uphold the ideals and realities of academic freedom, and not give in to insidious pressures designed to produce dangerous silences.

I would not separate too sharply what happened at the UN from my disappointing loss of these opportunities to address university audiences.

We salute Prof. Falk’s honesty, clarity, wisdom, and courage. And we’re very proud indeed that he serves on our board.