This selection of readings from the past two weeks brings you some key writings about the recent “Platform” published by the Movement for Black Lives, M4BL. It starts with the most controversial excerpt, regarding Israel/Palestine, from the Platform itself. Then it presents a description from the Washington Post of the criticisms made against that portion of the text; a statement critical of the Platform published by a Rabbinical Human Rights organization called “T’ruah” movement; and a response to T’ruah’s statement from Rabbi Brant Rosen. The last reading is a lovely endorsement M4BL received from the historic leaders of the (1960s-era) Student Nonviolent Coordinating Committee.

The Movement For Black Lives Platform 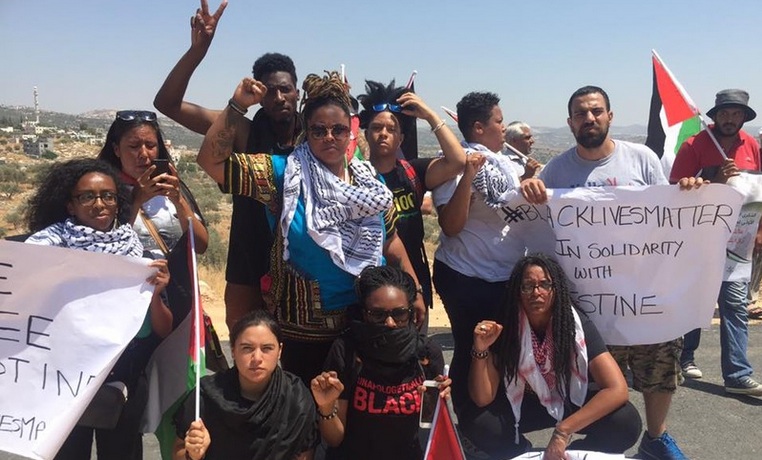 On August 1, the Movement for Black Lives, a coalition of more than 50 Black Lives Matter-related organizations from around the United States, issued an extensive and very well organized Platform for the movement.

The Platform has an introduction, five substantive segments, and a Spanish-language translation. One of the sections is titled “Invest/Divest” and has many thoughtful recommendations for diverting spending from militarization, wars, incarceration, and aggressive policing into actions that rebuild communities. One part of this section deals with foreign policy. It starts by declaring, “America is an empire that uses war to expand territory and power. American wars are unjust, destructive to Black communities globally and do not keep Black people safe locally.” Of the eleven paragraphs in this part of the Platform, one deals with Israel.

“The US justifies and advances the global war on terror via its alliance with Israel and is complicit in the genocide taking place against the Palestinian people. The US requires Israel to use 75 percent of all the military aid it receives to buy US-made arms. Consequently, every year billions of dollars are funneled from US taxpayers to hundreds of arms corporations, who then wage lobbying campaigns pushing for even more foreign military aid. The results of this policy are twofold: it not only diverts much needed funding from domestic education and social programs, but it makes US citizens complicit in the abuses committed by the Israeli government. Israel is an apartheid state with over 50 laws on the books that sanction discrimination against the Palestinian people. Palestinian homes and land are routinely bulldozed to make way for illegal Israeli settlements. Israeli soldiers also regularly arrest and detain Palestinians as young as 4 years old without due process. Everyday, Palestinians are forced to walk through military checkpoints along the US-funded apartheid wall.” 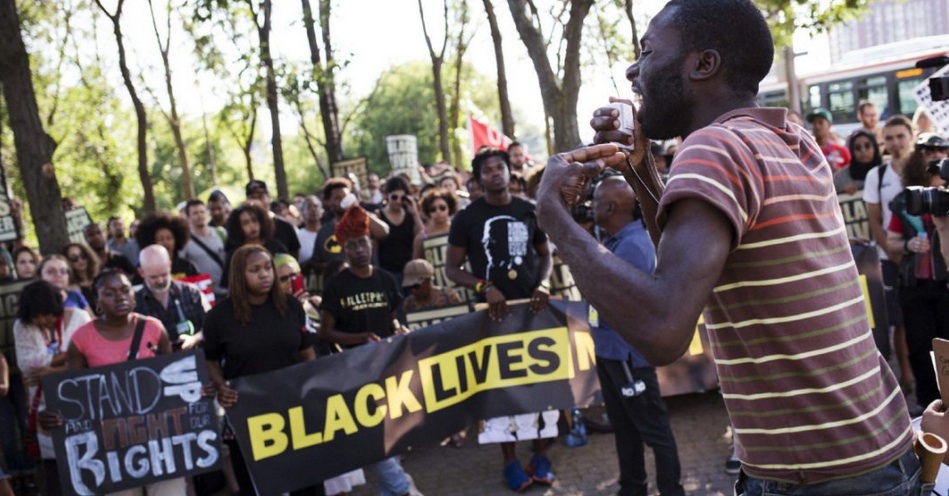 In its first reporting on the “M4BL Platform”, the venerable Washington Post did not focus on the achievement the movement’s organizers had registered by producing, after a year of deliberation, such a comprehensive document. They did not seek a live quote from any of the drafters. They did not even present any lengthy quote or description of the many aspects of the Platform. No, they dove right in to what they considered “newsworthy”: the tiny part of the Platform that dealt with Israel, and the outraged criticisms voiced of it by some spokespeople for the U.S. Jewish community.

Zauzmer seems to have made only the most perfunctory effort to find an M4BL person to explain the Platform’s language, while letting three leaders in various Jewish community organizations weigh in with their criticisms.

Reporter Julie Zauzmer was even allowed to include, upfront, her own commentary on the language of the Platform regarding Israel, describing it flat-out as “inflammatory.”

T’ruah criticizes M4BL for the Platform’s position on Israel 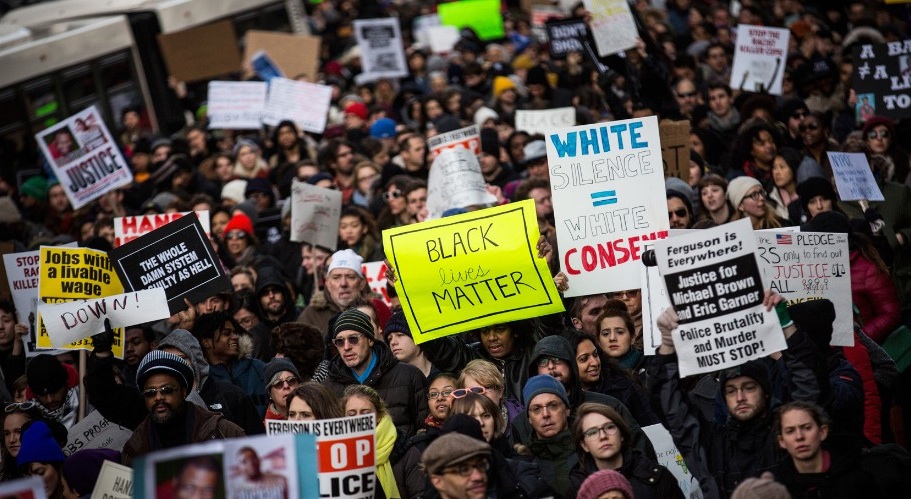 An organization called “T’ruah: the rabbinic call for human rights” published one of the most anguished criticisms of the Platform:

“While we agree with many of the policy recommendations, we are extremely dismayed at the decision to refer to the Israeli occupation as genocide. We are committed to ending the occupation, which leads to daily human rights violations against Palestinians, and also compromises the safety of Israelis. Our work aims to build a just and secure future for both Israelis and Palestinians, both of whom deserve the same human rights protections as all people.

“However, the military occupation does not rise to the level of genocide—a term defined as ‘the intent to destroy, in whole or in part, a national, ethnic, racial or religious group.’ While we agree that the occupation violates the human rights of Palestinians, and has caused too many deaths, the Israeli government is not carrying out a plan intended to wipe out the Palestinians.” 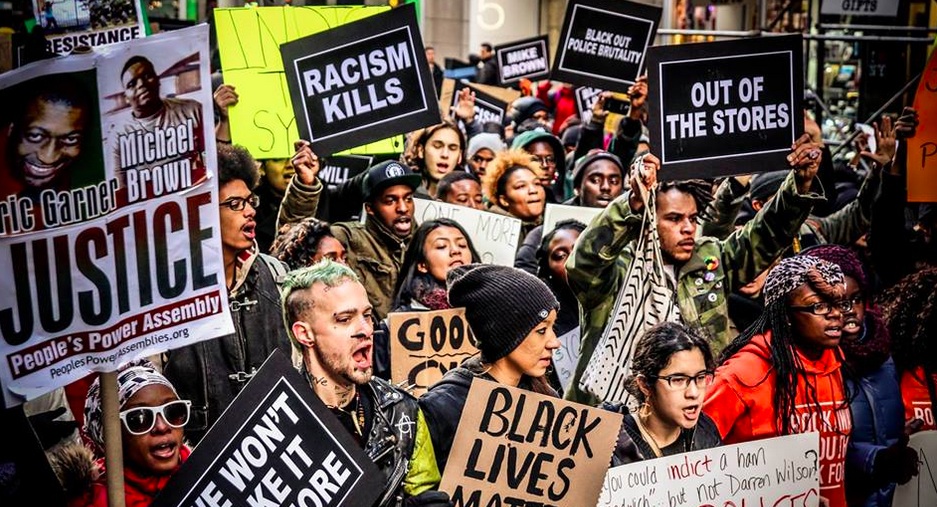 On his blog “Shalom Rav”, Rabbi Brant Rosen, the co-chair of the Rabbinical Council of Jewish Voice for Peace, remonstrated with T’ruah over the public way in which they had rushed to “call out” the M4BL (also known as BLM– Black Lives Matter) over the Israel statements.

“If they were to be true to their own articulated values, T’ruah should have reached out to them, engaged with them and tried to understand where they were coming from, thus opening a real dialogue. T’ruah does not give the BLM ‘the benefit of the doubt’ when it issues an immediate counter-statement such as this; tantamount to a group in a position of power saying to an oppressed group, ‘we will stand in solidarity with you but only on our terms.’

“The claim that Israel is committing ‘genocide’ against the Palestinians undeniably pushes all kinds of buttons for many Jews. But there are also Jews and Israelis who feel it is not an inappropriate word to use, particularly in regard to Israel’s regular military assaults against Gaza…

“But even if T’ruah feels it is wrong for BLM to refer to Israel in this manner, it can’t claim to stand in solidarity with them while publicly calling them out over the parts that make them uncomfortable. Rather, they should hold themselves to their own standard by ‘calling BLM in,’ engaging with them and be ‘bridge builders’ – especially in the places where there is pain or disagreement.

“At the end of the day however, I don’t think this is T’ruah’s issue alone – it’s a challenge for the entire progressive Jewish community at large.” 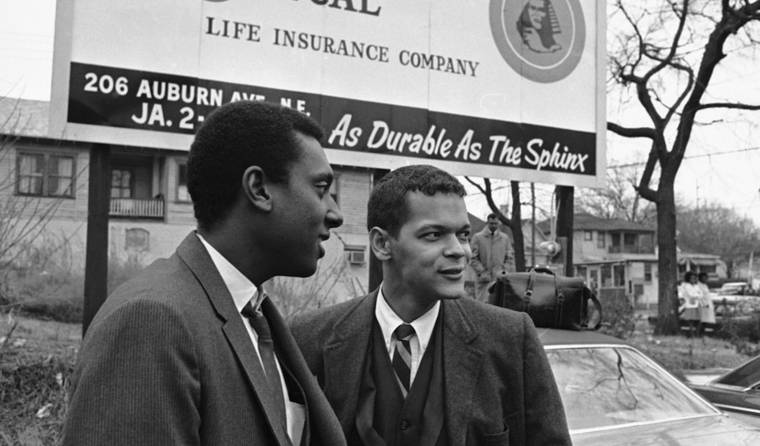 A nice historical grace-note was struck when the “Legacy Project” of the Student Nonviolent Coordinating Committee (SNCC) issued a statement hailing M4BL for its great organizing capacity and vision.

SNCC was one of the main Black-led organizations during the civil-rights struggle of the 1960s. (The photo above shows Stokeley Carmichael– later renamed Kwame Ture– and Julian Bond, leaders of SNCC in 1967.)

Money quote from the statement:

“With their protests and demands, the Movement for Black lives is continuing to exercise their rights, guaranteed to all Americans under the First Amendment of the United States Constitution. We, the still-active radicals who were SNCC, salute today’s Movement for Black lives for taking hold of the torch to continue to light this flame of truth for a knowingly forgetful world!”