Please use the links in this clickable list to learn more about our project areas. (After clicking a link, you may need to scroll up a little to find the top of the section):

Do contact us if you want more information or status updates on any of the following projects. And check back regularly to see the updates that we post. Thanks!

The Palestine Question has been a core concern of the international community since at least 1947, the year that the infant United Nations decreed that two states, an Arab state and a Jewish state, be established in the area of Mandate Palestine.

JWE has been actively involved in efforts to mark the 70th anniversary of that U.N. resolution and the 50th anniversary of Israel’s military occupation of the West Bank and Gaza. In Spring 2017 we organized a 15-city, US-wide speaking tour “Life and Prison in Palestine” featuring the brilliant Ramallah-based cartoonist Mohammad Sabaaneh.

In the first half of 2017, we also did other great forms of educational outreach with Sabaaneh and the authors of the other three Palestine-related books that our friends at Just World Books were publishing. A little earlier, in November 2016, we did a lot of great outreach on Gaza food security and food heritage issues, with Gaza Kitchen authors Laila El-Haddad and Maggie Schmitt. One highlight of those activities was the special session we helped organize of the “Jerusalem Feast” hosted by NYC’s Metropolitan Museum of Art. For more details, read this.

Among the many efforts that Ms. Cobban has made while heading JWE, to expanding the global discussion of Palestinian rights issues, in late June 2017 she participated in a two-day conference that the UN’s Committee on the Exercise of the Inalienable Rights of the Palestinian People organized at UN HQ. Her accounts of the conference are here and here.

In July and August of 2017, JWE led a broad international campaign on social media (Twitter and Facebook) to raise awareness of the costs and continuing legacies of Israel’s harsh 2014 assault against Gaza. For more details of that campaign, see the “Online and Social Media” section below.

JWE has a strong record of  commitment to expanding the discourse (especially in North America) about the Palestine Question. That commitment is ongoing and will take many different forms from mid-2017 on. 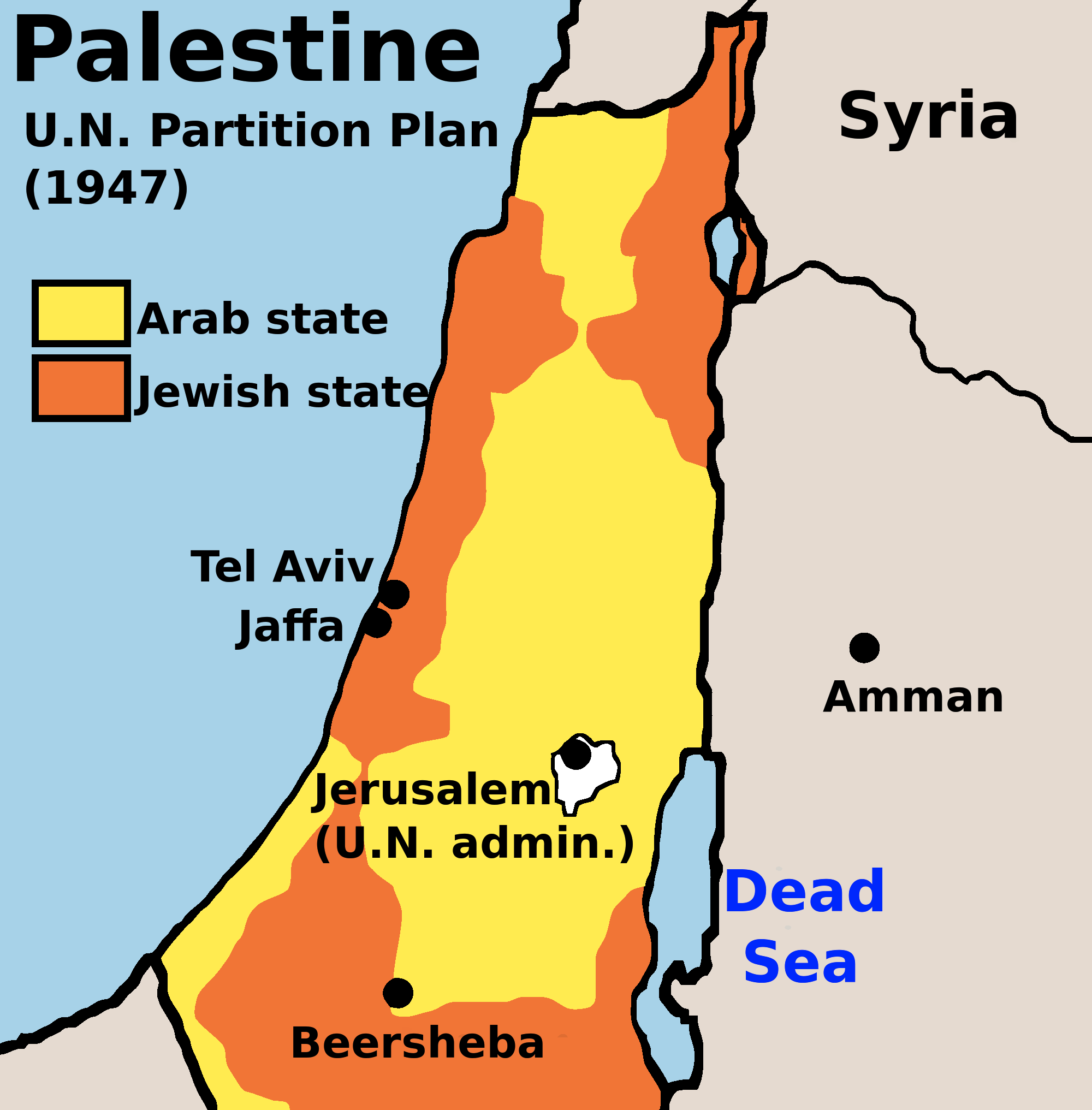 The U.S. & the World Project

This project looks broadly at the relationship between the U.S. citizenry and the other 95% of humankind, exploring issues such as:

In early 2017, we supported or organized a number of events on themes related to this project, including an experts’ forum in our hometown of Charlottesville, Virginia, on “Syria, Yemen, and U.S. Warmaking in the Middle East.” The video-archive of this event can be viewed here.

In Fall 2017, we’re preparing for an expansion of this project, as we’ll be organizing two significant speaker tours of the United States:

** The Algerian national-liberation heroine Zohra Drif will take her tour “Memories of Algeria’s Freedom Struggle” to Boston, NYC, and washington DC in mid-September 2017. (In Boston, we’re hoping to reconnect Mme. Drif, who is a recently retired Vice-President of Algeria’s Senate, with the legacy of John F. Kennedy who as both a US Senator and President was a forthright supporter of Algeria’s national liberation.)

** In October 2017, we’ll be organizing several west-coast events under the title “The Ties Between War and Environmental Degradation”, featuring Berkeley-based activist and thinker Gar Smith and some of the numerous colleagues whose work he compiled into his anthology The War and Environment Reader.

From late 2017 onwards, and throughout 2018, we’ll be continuing to work with Mr. Smith and others to organize events on this crucial topic– and we’ll also be working with Ian Williams and others to explore the relationship between the United States and the United Nations. (William’s book UNtold: The Real Story of the United Nations in Peace and War will be published by our friends at Just World Books in early November 2017.)

We plan to work with numerous innovative, concerned and well-informed  colleagues to organize online and “in-real-life” events throughout 2018 on all the themes connected to this project. 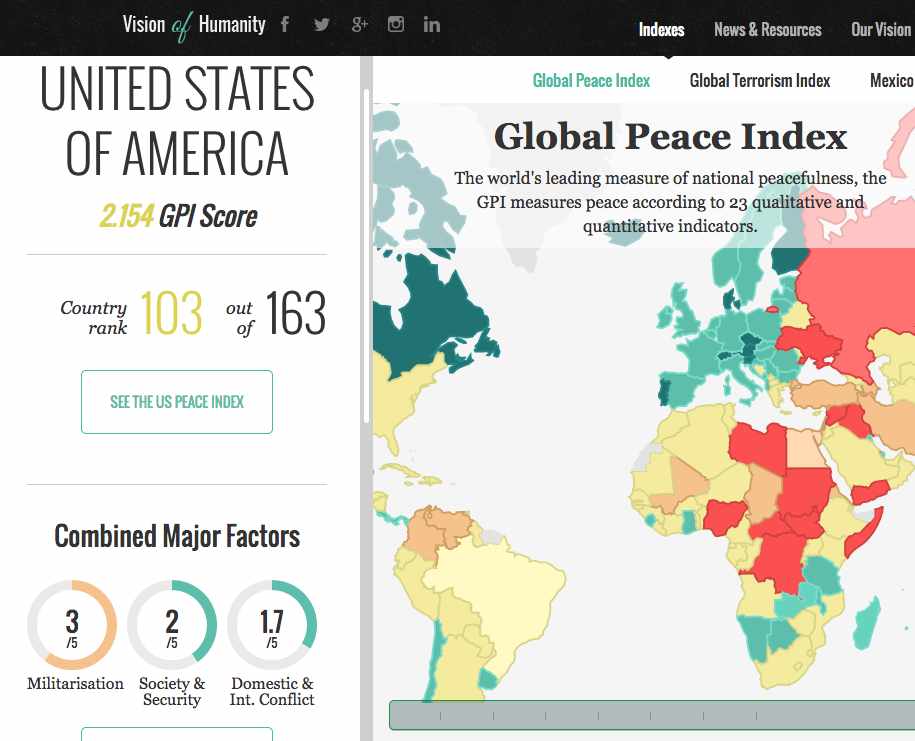 From the very formation of JWE in late 2016, its leaders have been keenly aware of the power of online communications, including blogs and social media. Two of our initial board members– Richard Falk and Helena Cobban— have considerable experience writing and running their own blogs; and our election of Alice Rothchild to the board in mid-2017 increased the number of board bloggers to three.

This website itself has been built using the powerful, blogging-based “WordPress” infrastructure, and its blog has allowed us to be agile and timely in our reactions to world events, and in reporting about our activities to our growing readership. JWE’s team members have deep experience in managing and providing richly educational content for a variety of types of websites. The blog and other parts of the website will continue to be a significant educational resource that is freely available to the public and shareable on a non-monetized “Creative Commons” basis.

We intend to continue to update, upgrade, and enrich the educational content on our website as on ongoing activity. Check back often!

We established our @JustWorldEd Twitter account in mid-June, and then almost immediately used it to host a broad, 7-week international campaign highlighting the costs and legacies of Israel’s harsh 2014 assault against Gaza, under the hashtag #Gaza51Days. Three features of this campaign were:

As a result of these great activities, and some help from some fab social-media consultants, in our first ten weeks on Twitter we’d built a followership of 1,359 people, making some great links with numerous other organizations and thought leaders in the process.

We established our Just World Educational Facebook account in early July and used it as a supplementary platform for the #Gaza51days campaign. We optimized its functionality by using it to host and publicize the campaign’s flagship video, which won 23K views there and by using it to announce various other ongoing JWE activities.

The Facebook account will be a vital part of our social-media activity going forward– especially given its functionality for spreading advance notices of our “in-real-life” events and helping to build audiences for them, for livestreaming these events, and so on. 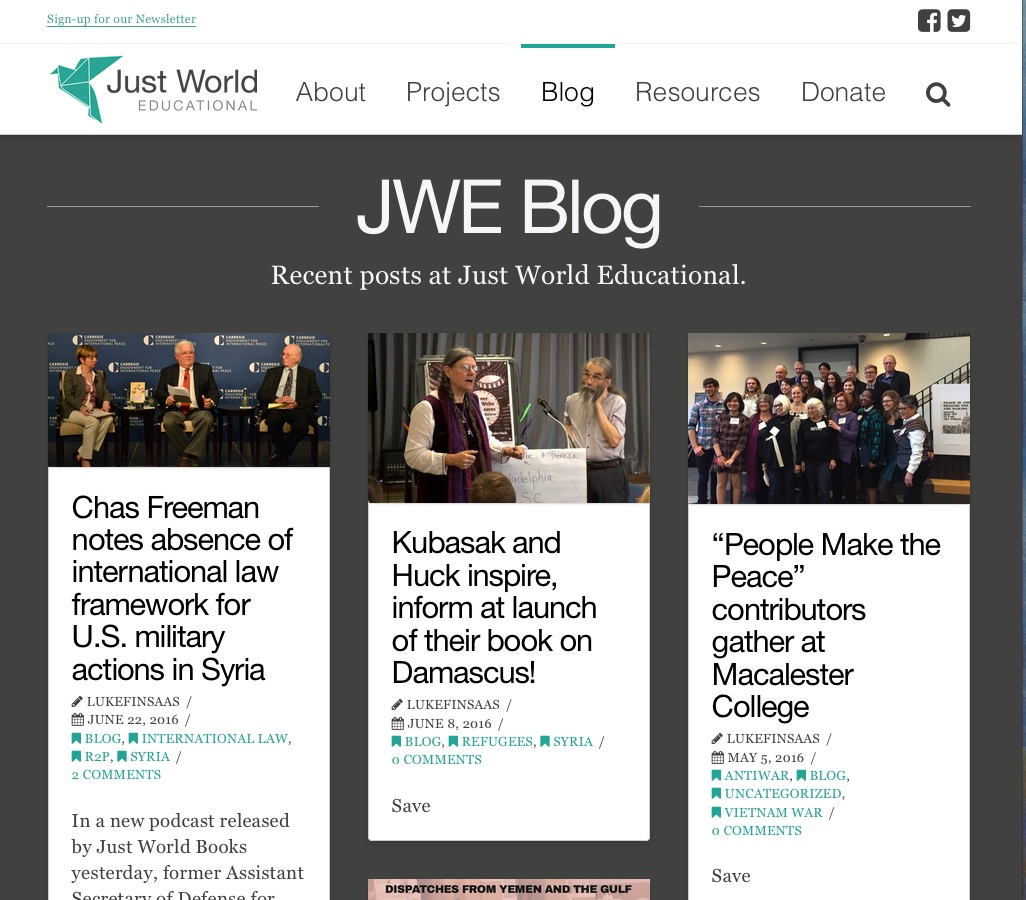 Working with community groups and educational establishments in late 2016, this project brought to communities around North America experts on Syria’s rich cultural heritage and the threats it currently faces, including from actions the U.S. government and others have undertaken to bring about forced regime change in Syria.

The experts featured in this project included the authors of two 2016 Just World Books titles on Syria: 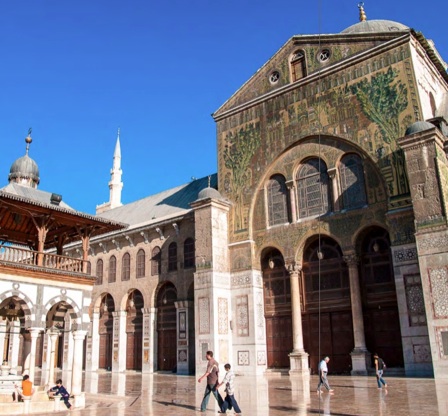 The above projects are the ones that we have developed most fully to date. We are also committed to developing additional projects dealing with issues of war, peace, and global justice more generally…

Of course, with more funding, we’ll have more ability to plan and implement such projects! 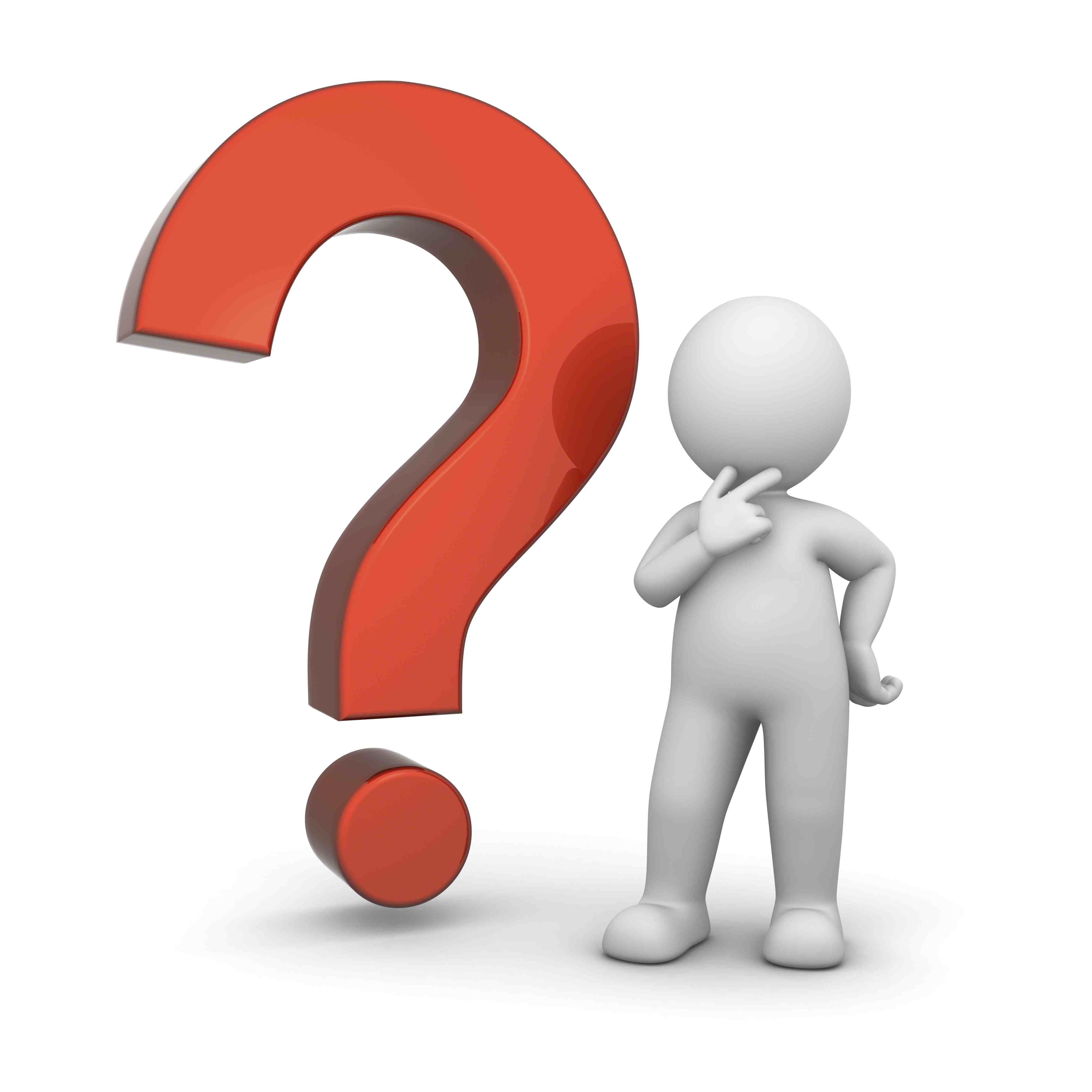