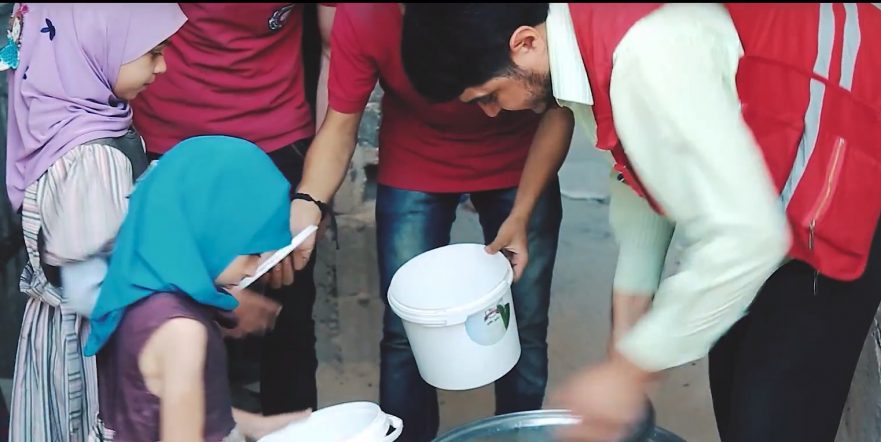 We’re happy to present this commentary by Peter Ford, the former U.K. ambassador to Syria. Ford was one of 15 panelists, representing a broad range of views, who took part in our “Commonsense on Syria” project in 2020, the records of which can be viewed here.

Jeffrey Feltman and Hrair Balian recently argued in a piece on Responsible Statecraft for a new U.S. policy on Syria that would ostensibly be more humane and productive since it would calibrate Syria sanctions relief to changes in President Bashar al-Assad’s behaviour. This approach may appear to be an improvement on present sanctions policy, which is clearly not working and is causing immense civilian suffering throughout the country. But it could end up making things worse.

We must be grateful to previous Secretary of State Mike Pompeo’s point-man on Syria, Ambassador Jim Jeffrey, for having been brutally candid about the real goals of sanctions on Syria under the previous administration. In an early-December interview with Al-Monitor Jeffrey bragged openly about the hardships the sanctions had inflicted:

It’s important to grasp the moral enormity of this. Jeffrey did not stoop to deploying the standard cant about theoretical ‘humanitarian exemptions’ (which don’t work in practice) or about aiming only at Assad’s capacity to do harm. No, for him, the purpose of sanctions was and is to strangle the Syrian economy and if that should mean causing ordinary Syrians to queue for bread or gasoline for hours, or be unable to revive factories and recover jobs, or rebuild and re-equip hospitals, or import vitally needed medical goods… well that’s just collateral damage and it’s all for the greater good of pursuing U.S. interests.

What Feltman and Balian are proposing is to ease off on some of this strangulation in return for political concessions. There is a term for this: it’s called extortion. It’s the technique of New Jersey hoodlums rather than a Delaware ‘ordinary Joe’.

Let’s take a closer look at what Feltman and Balian are calling for. First, they argue,

the United States should consider exempting from sanctions all humanitarian efforts to combat COVID-19 in Syria. Equally urgent would be facilitating the reconstruction of essential civilian infrastructure, such as hospitals, schools, and irrigation facilities. Next would follow a phased and reversible easing of U.S. and European sanctions.

They stress, however, that this “phased and reversible” easing of sanctions “would be triggered only when the United States and its European allies verify the implementation of concrete steps negotiated with the Syrian government. Monitoring mechanisms would ascertain progress.” Such “monitoring” would doubtless be intrusive and under U.S. control…

And what are these steps? Here’s how Feltman and Balian lay them out—with my own comments in italics:

No government with any awareness of what happened to other countries that bowed to intrusive verification regimes (Iraq) or signed unrequited sanctions-easing agreements (Libya, Iran) could possibly make such a surrender of sovereignty, which is tantamount to capitulation. Anyone putting such a plan forward ought to know that it could not possibly be accepted even as a basis for negotiation. On the other hand it would serve neatly to deflect from the U.S. (and EU) responsibility for the suffering their sanctions inflict on the Syrian people by making it possible to say “Assad won’t negotiate to save his people.”

We can imagine Assad-haters drooling in anticipation of endless opportunities to yank his leash if he puts his head in any collar such as this. And if he doesn’t, well it’s not our fault, then, is it? We can go on as now, only now folks queasy about the hardship we are causing can rest easy in their consciences.

To appreciate the sheer chutzpah of this approach let’s imagine Assad had the temerity to demand reciprocation. How about monitoring for the withdrawal of US troops stationed in violation of international law in Eastern Syria? How about compensation for desperately needed oil illegally lifted from the areas of Eastern Syria under US control? How about cessation of intelligence cooperation with Israel (boasted about by Pompeo) to facilitate wide-scale, unprovoked Israeli bombing of Syria? How about cessation of support for the ‘autonomous authority’ which administers territory in Northern Syria on behalf of jihadi groups masquerading as moderates? Etc, etc.

Let us imagine that the Assad-haters’ dreams came true and Assad was successfully starved into making the required concessions? Who can honestly doubt that throwing open the prisons and permitting unfettered return of Islamists would lead to instability which would make post-Saddam Iraq look like a model of order? Or that replenished and revived jihadi fighters in Idlib would break out of their enclave, overrunning neighbouring Christian and Alawite areas with results too horrifying to imagine? Or that in these conditions ISIS would revive? Or that “decentralisation’”would lead to the breakup of Syria long desired by some?

It might be objected that “we have to try something” or “why not give this a shot at least?” The answer to that is that any person with the slightest understanding of the thinking in Damascus knows that the approach stands absolutely no chance of getting past first base. So it is just not going to work, at least in terms of its declared objectives. It won’t produce changes in behaviour and it won’t lead to sanctions alleviation. But just by being put on the table it will make it optically easier for the regime change advocates to carry on with the callous and cynical Jeffrey approach.

Offering a new form of a poisoned chalice is not a new policy but a way to entrench the old one.