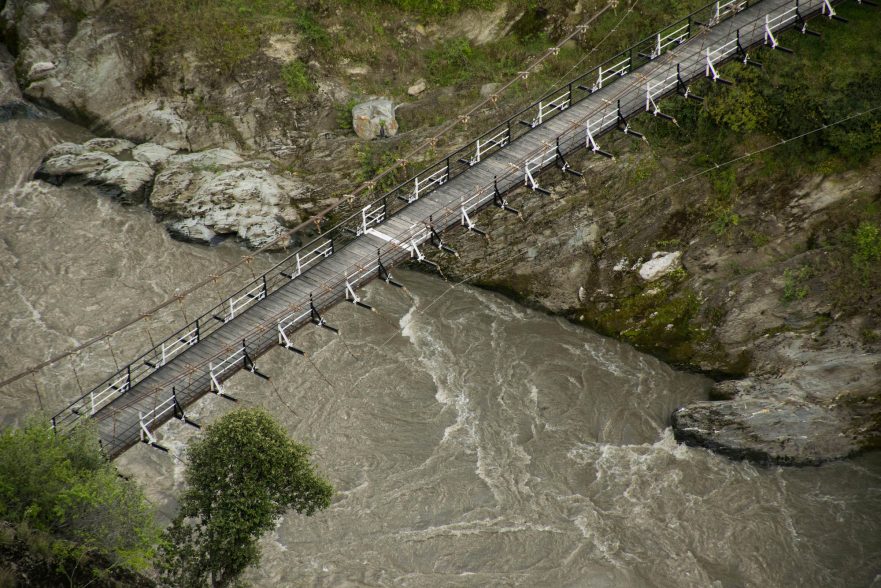 The following article by JWE Board Member and International Jurist Richard Falk is crossposted from CounterPunch.

Among the self-determination struggles of our time, Kashmir is at risk of being forgotten by most of the world (except for Pakistan), while its people continue to endure the harsh crimes of India’s intensifying military occupation that has already lasted 75 years. In 2019, the Hindu nationalist government of the BJP, headed by the notorious autocrat, Narendra Modi, unilaterally and arbitrarily abrogated the special status arrangements for the governance of Kashmir that had been incorporated in Article 370 of the Indian Constitution, and although often violated in spirit and substance, at least gave the people of Kashmir some measure of protection.

1947 was a momentous year for South Asia as British colonial rule came to an end, followed by a partition of India that resulted in much bloodshed throughout the process of establishing the Muslim state of Pakistan alongside the secular Hindu majority state of India. At this time, Kashmir was one of 560 ‘princely states’ in India, governed by a Hindu Maharajah while having a population that was 77% Muslim. The partition agreement reached by India and Pakistan gave the peoples of these ‘states’ a partial right of self-determination in the form of a free choice as to whether to remain a part of India or join their destiny with that of Pakistan, and in either event retaining considerable independence by way of self-rule. It was widely assumed that these choices would favor India if their population was Hindu and to Pakistan if Muslim. In a confused and complicated set of circumstances that involved Kashmiris and others contesting the Maharaja’s leadership of Kashmir, India engaged in a variety of maneuvers including a large-scale military intervention to avoid the timely holding of the promised internationally supervised referendum, and by stages coercively treated Kashmir more and more as an integral part of India. This Indian betrayal of the partition settlement agreement gave rise to the first of several wars with Pakistan, and it resulted in a division of Kashmir in 1948 that was explicitly not an international boundary, but was described as a temporary ‘line-of-control’ created to implement a ceasefire by separating the opposed armed forces. It has ever since given rise to acute tensions erupting in recurrent warfare between the two countries, and even 75 years later no internationally recognized boundary exists between divided Kashmir. The leadership of Pakistan has consistently supposed that Kashmir was a natural projection of itself, treating India’s behavior as occupying power as totally unacceptable ‘aggression,’ and illegitimate as have the majority of Kashmiris.

The essence of India’s betrayal of the partition arrangement was to deny the people of Kashmir the agreed opportunity to express their preference for accession to India or Pakistan, presumably correctly believing that it would lose out if a proper referendum were held. Back in 1947 the Indian secular, liberal leadership did itself make strong pledges to the effect that Kashmir would be allowed to determine its future affiliation in an internationally supervised referendum or plebiscite as soon as Kashmiri public order could be restored. The two governments even agreed to submit the issue to the UN, and the Security Council reaffirmed the right of Kashmir to the agreed process of self-determination, but India gradually took a series of steps designed to prevent this internationally supervised resolution of Kashmir’s future from ever happening. It appears that India originally sought control of Kashmir primarily for strategic and nationalist reasons associated especially with managing Kashmir’s unstable borders with China and Pakistan, and in doing so converted Kashmir into a buffer state of India, giving it the security that supposedly accompanies strategic depth of a ‘Great Power.’ Unsurprisingly, Pakistan reacted belligerently to India’s failure to live up to its commitments, and the result for Kashmir has been a second level of partition between India-occupied-Kashmir and a smaller and less populated Pakistan-administered-Kashmir. In effect, India’s unilateralism with respect to Kashmir poisoned relations between these two countries, later to become possessors of nuclear weapons. Beyond this, India’s failure to live up to its commitments toward the princely state of Jammu and Kashmir produced a Kashmiri population that felt deprived of its fundamental rights. This underlying deprivation led to accompanying atrocities (including torture, forced disappearances, sexual violence, extrajudicial killing, excessive force, collective punishment, the panoply of counterinsurgency crimes), which amount to Crimes Against Humanity. This pattern of abuse has increasingly resembled the deprivations associated with Israel’s occupation of Palestine and Morocco’s occupation Western Sahara.

Part of the blame for this Kashmiri prolonged tragedy reflects the legacy of colonialism, which characteristically left behind its colonies as shattered and factionalized political realities, a distinctive consequence of British reliance on a divide and rule strategy in its execution of colonialist policies of control and exploitation. Such a strategy aggravated the internal relations of diverse ethnic, tribal, and religious communities. This Indian story is repeated in a variety of British decolonizing experiences of such diverse countries as Ireland, Cyprus, Malaysia, Rhodesia, and South Africa as well as its quasi-colonial mandate in Palestine, which Britain administered in this manner between the two world wars. In these cases, ethnic the demographics of diversity were manipulated by Britain to manage the overall subjugation of a colonized peoples. Divide and rule was rationalized as minimizing administrative challenges in the colonies, which was becoming increasingly troublesome in the face surging national independence movements in the 20th century.

Adding to the misery of the colonial aftermath, these cleavages were left behind as open wounds by Britain during the decolonization process, which can be best grasped as a crude display of irresponsibility toward the wellbeing of the previously dominated native populations. This unfortunate aftermath of British colonialism was dramatized by a series of unresolvable political conflicts that resulted in prolonged strife, producing severe suffering for the population that continues to occur many decades later.

These adverse results were only avoided, ironically enough, in the few ‘success’ stories of settler colonialism—Australia, Canada, New Zealand, and the United States. These successes, ironically so described, were achieved through often ruthless reliance on genocidal tactics by settlers that overcame native resistance by eliminating or totally marginalized hostile indigenous populations. South Africa is a notable instance of the eventual failure of a settler colonial enterprise and Israel/Palestine remains the sole important instance of an ambiguous, ongoing struggle that has not reached closure, but is now at a seemingly climactic stage.

Kashmir’s status, despite the denial of self-determination, had given the beleaguered country substantial autonomy rights, and despite many encroachments by India during the 75 years of occupation, chief of which was blocking the Kashmiri people from exercising their internationally endorsed right of self-determination. Nevertheless, what Modi did on August 5, 2019 definitely made matters worse for the Muslim majority living in Kashmir. It ended Kashmir’s special status in the Indian Constitution and placed the territory under harsh direct Indian rule, accompanied by various religious cleansing policies and practices expressive of Hindu expansionist ambitions. Counterinsurgency pretexts obscured Modi’s efforts to impose Hindu supremacy on Kashmir by establishing an undisguised framework of domination, discrimination, highlighted by altered residence and land ownership laws in a pattern favoring the Hindu settlement and minority control.

After taking journalistic notice of these events in a surprisingly non-judgmental fashion, the world, especially in the West, has fallen silent despite the continuation of crimes against the people of Kashmir that are reported by human rights defenders daily. Such crimes include branding of all forms of Kashmiri opposition to Indian behavior as ‘terrorism’ giving the incredibly large occupying Indian forces of 700,000 or more a green light to use excessive force without a formal advance assurance of non-accountability, as well as the mission of imposing repressive conditions by way of collective punishment on the entire population.

This outcome in Kashmir should not cause much perplexity among those familiar with how the world works. International reactions to human rights abuses rarely reflect their severity, but rather exhibit the play of geopolitics. Washington sheds many tears about alleged violations of human rights in Cuba or Venezuela while giving Egypt and Saudi Arabia a free pass. More reflective of the international politics governing the inter-governmental and UN discourse on human rights is the insulation of Israel’s apartheid regime from any kind of punitive response at the international level while screaming for action in the same institutional settings against China’s far milder, but still regrettable, abuse of the rights of the Uyghur people in Xinjiang. India like Israel is too valuable a strategic partner of the West to alienate the Modi leadership by objecting to its behavior however extreme and criminally unlawful. It is unfortunate that the best human rights activists can hope for in such cases as Kashmir is silence.

India is a large country with a huge population and nuclear weapons. Under the best of circumstances, India is hard to challenge with regard to policies that seem almost normalized by the passage of time and fall within the domain of its territorial sovereignty, given the state-centric allocation of legal authority in the post-colonial world. Many important countries have ‘captive nations’ within their borders and are united in opposing internal self-determination claims. The harshness and cruelty of India’s policies has over time have given rise to an insurgent mood and movement on the part of Kashmiris who now seem themselves somewhat divided as between aspiring for accession to Palestine and independent statehood. Despite the long period since partition, such a choice, however improperly delayed for decades, should be made available to the people of Kashmir if only the UN was in a position to implement its long-ignored responsibility to organize and administer a referendum. It seems fanciful to take seriously the possibility a peaceful transition in Kashmir at present, but without it unsustainable arrangements will continue to provoke resistance. Nevertheless, it does not seem presently feasible given India’s recent ideological militancy as expressed by recent further encroachments on Kashmir’s normal development, to envision either a peaceful or just future for entrapped nation. Yet one never knows.

The situation in Kashmir is not as hopeless as it seems. The rights of the Kashmiris are as well established in law and morality as are the wrongs of India’s increasingly apartheid structure of domination, exploitation, and subjugation. The Kashmir struggle for justice enjoys the high ground when it comes to the legitimacy of its claims and struggles of a similar sort since 1945 have shown that political outcomes are more likely to reflect the nationalist and insurgent goals of legitimate struggle than the imperial goals of foreign encroachment. In effect, anti-imperial struggles should be thought of as Legitimacy Wars in which the resistance of a repressed people backed by global solidarity initiatives are in the end more decisive and effective than weaponry or battlefield superiority. It is worth reflecting upon the startling fact that the major anti-colonial wars since 1945 were won by the weaker side militarily. At this preliminary stage, a liberation strategy for Kashmir needs to concentrate on raising global awareness of the criminal features of India’s ongoing treatment of the Kashmiri people. To achieve such awareness, it might even be helpful to grasp how Gandhi mobilized international public opinion in support of India’s own struggle for independence; as well, studying Vietnam’s brilliant tactics in mobilizing global solidarity with its nationalist struggle and sacrifice that proved so helpful in neutraling the weight of the U.S. massive military intervention might yield insights useful in the Kashmiri struggle.