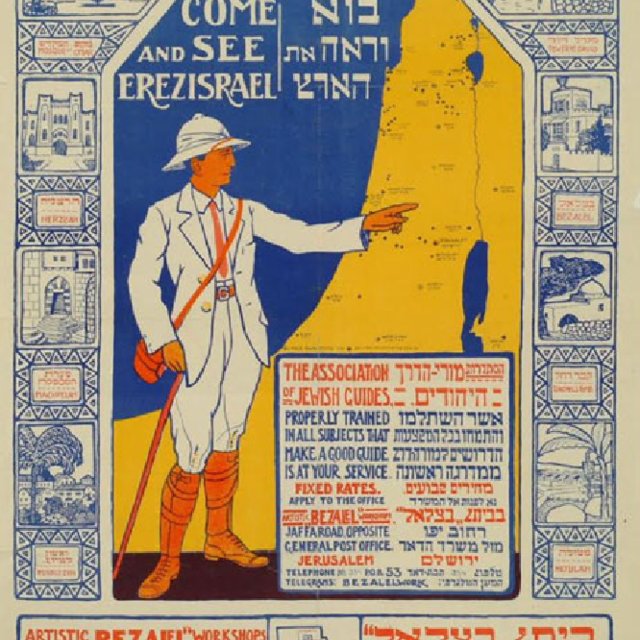 We are delighted to crosspost this piece from Global Justice in the 21st Century, the blog of JWE Board Member Richard Falk.

The Rebranding of Antisemitism after the Holocaust

There are no legitimate doubts about the magnitude and depravity of the Holocaust arising from mobilizing the sociopathic obsession with hatred of Jews, which culminated in the satanic German resolve to puts all Jews to death solely on the basis of their ethnicity. It is no wonder that a primary legacy of the Holocaust was to render the embrace of antisemitism a hateful embodiment of evil in the post-World War II West. Yet by making the Palestinian people and their supporters bear the ongoing burdens of this grotesque genocide perverts the legacy of the Holocaust, extending the dark shadows of racism over Israel experience and identity in ugly reactive forms. As W.H. Auden reminded the world “those to whom evil is done do evil in return.”

This unfolding post-Holocaust pattern of injustice originated in the lethal interactions between Hitler’s extreme racism and the Zionist Project. Zionism is best considered a utopian undertaking of a political movement within the wider community of the Jewish people. It was launched in the late nineteenth century as a reaction to European antisemitism to establish a Jewish, ‘democratic’ state in an essentially non-Jewish society (the Jewish population of Palestine was less than 10% in 1917 at the time of the Balfour Declaration) on the basis of an arrogant colonial pledge by the British Foreign Office. It had little prospect of succeeding even with European backing expressed through incorporating the Balfour pledge into the League of Nations approach to Palestine, given the declining leverage of European colonialism. Even this pre-fascist show of largely European support for the Zionist Project was ironically motivated in part by a soft version of anti-Semitism. An attraction of Zionism to non-Jews was its programmatic dedication to reducing the Jewish presence in Europe, an approach that the Nazis later absolutized in the years following gaining control of the German government in 1933. It is of course relevant that this encouragement of Zionist goals preceded the advent of fascism in Germany, but its consummation by way of the 1947-48 War would probably not have happened had not the Holocaust turned a visionary project with little hope of realization into a real world opportunity to make the Zionist dream come true. Yet realizing this dream was organically intertwined with a prolonged Palestinian nightmare. The Nakba expressing the Palestinian tragedy featuring the de facto expulsion of between 700,000 and 750,000 Palestinians in that portion of historic Palestine set aside by the UN partition resolution for a Jewish political entity. The Nakba is best understood as catastrophic experience of expulsion, but underscored by denying Palestinians a right of return, which was their entitlement under international law. As Palestinian intellectuals have pointed out in recent years, the continuation of Palestinian subjugation, victimization, and discriminatory demographic policies, make it more accurate to consider the Nakba as a process rather than an event in time.

It is against this background that several regressive linkages to the Holocaust warrant articulated as not frequently acknowledged for fear of being misunderstood as a mode of belittling this pinnacle of criminality. The intention here is solely to show how the Zionist experience of coping with the Holocaust while working toward their goals of Jewish ethnic sovereignty in Palestine has persisted since the establishment of Israel in ways that are harmful not only to the Palestinian people but to Jews the world over:

The ultra-pragmatism of those Jewish political figures who pursued and led the Zionist Project reached its heights in negotiating with the Nazi regime to arrange the permissive departure of Jews from Germany as part of the effort to achieve demographic credibility for Zionist efforts to establish a Jewish entity in Palestine. [See Tom Suarez, State of Terror for extensive narration and documentation] Such opportunism undoubtedly was responsible for saving Jewish lives, but carried over in ways that help explain Israel’s willingness to reach diplomatically and economically advantageous relations with a variety of unsavory governments in the course of its history since 1948. Again, this was an understandable embrace of an extreme form of ‘political realism’ given the degree to which Israel was regionally isolated in what was called by its leaders as ‘a dangerous neighborhood,’ and its central mission of creating a exclusivist Jewish state in an essentially non-Jewish society was subject to censure throughout the non-Western world.

This ultra-pragmatism has taken an ugly turn in recent years when Israel and its more militant supporters themselves made use of irresponsible allegations of antisemitism as a policy tool to puss back against censure and delegitimization. Critics, as well as international institutions, were stigmatized and defamed as guilty of antisemitism. In other words, this term of opprobrium was twisted, describing not the behavior of neo-Nazis and other persons clearly motivated by hatred of Jews as an ethnicity and Jewishness as a religious tradition and cultural orientation. Netanyahu’s immediate response to the International Criminal Court’s finding earlier this year that Palestinian allegations of Israeli war crimes since 2014 should be fully investigated by the prosecutor was to castigate this legal finding as ‘pure antisemitism,’ a typical if crude example of recourse to this tactic. Any fair-minded jurist would appreciate the legal diligence of the ICC Chamber decision and applaud this show of political independence. Similarly, to respond to the release of a 2017 academic report by the UN Economic and Social Commission for West Asia (ESCWA) concluding that Israel’s patterns of governance overwhelmingly justified the conclusion that Israel had become an apartheid state. [“Israeli Practice Toward the Palestinian People and the Question of Apartheid,” E/ESCWA/EC R1/2017/1); in the spirit of transparency, the controversial report was written by myself in collaboration with Professor Virginia Tilley.] A more recent example is the ongoing effort to discredit the Durban Process by maligning this UN laudable effort to launch an anti-racist initiative twenty years ago calling for the implementation of the Durban Declaration and Plan of Action, which are neither anti-Israel, nor by any stretch, antisemitic. [the Durban World Conference against Racism, Racial Discrimination, Xenophobia, and Related Intolerance, 2001, with outcome document the Durban Declaration and Plan of Action, A/CONF. 189/12, 8 Sept 2001. Discussed in my essay, “Demonizing the Durban Process,” Transcend Media Service, Aug 16, 2021]

Legacies of the Holocaust: Impacts on Zionist political style, European Diplomacy, and the Rebranding of Antisemitism

My contention is that this kind of discrediting maneuver with its reliance on false accusations of antisemitism can be best interpreted as a hangover from the Zionist opportunistic style that included a willingness to cooperate with the Nazis to advance its policy priority of inducing Jews to populate Palestine. During the Nazi years Zionist opportunism extended to cooperation with the worst of antisemites, while during the existence of Israel it took the form of characterizing as antisemitic anything that the leadership found objectionable.

A second unfortunate legacy of the Holocaust is to make mere accusations of antisemitism such a potent and intimidating weapon in the domain of symbolic politics. What the Holocaust did was to make antisemitism the crime of crimes by its foundational relationship to the Nazi genocidal ‘final solution.’ The mere prospect of being so accused of antisemitism is intimidating in the way that, for example, comparably severe criticism of Islamic policies and practices is not, at least in the West. This issue has become complicated since right-wing extremists and evangelical Christians affirm Israel for their own reasons and thus join in the condemnation of its critics. [although often accompanied by similar genuine antisemitic tropes—encouraging Jews to leave so that Jesus can return]

A third unfortunate legacy of the Holocaust is the compensatory mechanisms active in Europe and North America for the failure to act with a greater show of empathy for the Jewish victims of Nazi persecution in the 1930s. This is especially true for obvious reasons of Germany. Angela Merkel observed, in a casual remark, that no matter what coalition government succeeds her CSU leadership will continue to support Israel’s security, implying that no foreseeable German government would dare voice criticism of Israeli treatment of the Palestinian people.

There was a reluctance of liberal democracies to admit Jews as refugees or asylum seekers heightened by the economic strains of the Great Depression, a posture incidentally encouraged by the Zionist Movement that sought to close off all possible places of sanctuary other than Palestine for Jews in need of refuge. Despite this, the behavior of liberal governments during the Nazi years helps explain the faint sense of liberal complicity in this period of Jewish ordeal, and may help account for international passivity in Europe and North America with respect to addressing Palestinian grievances. There were some signs that this mood may be slightly changing during the May 2021 assault on Gaza.

My main contention is that the Holocaust experience accentuated the tendencies of the Zionist movement to be opportunistic in the course of its long effort to attain, little by little, its territorial and ideological goals. This opportunism has had the further effect of greatly hampering the Palestinian struggle for basic rights, particularly the right of self-determination. Such assessments do not pretend to be the whole story of Zionist success and Palestinian frustration. Many factors also contributed shaping present circumstances, including the geopolitical muscle provided by the United States.