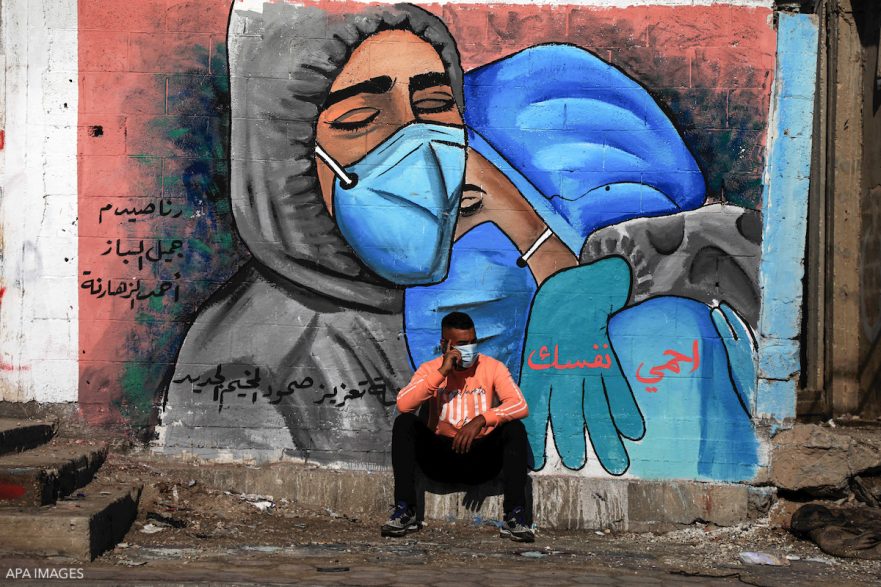 It would be easy to relax a moment, to think that the narrative on the struggle in Israel/Palestine is changing with the global protests (including within Israel) associated with the latest massacres in Gaza; growing support for the boycott, divestment, and sanctions movement; and the increase in more accurate reporting language in the mainstream media (though not NPR by the way). Even the Sunday New York Times placed the evictions in East Jerusalem in the context of the indignities and injustices of the longstanding Israeli occupation.

“Palestinians from all walks of life routinely experience exasperating impossibilities and petty humiliations, bureaucratic controls that force agonizing choices, and the fragility and cruelty of life under military rule, now in its second half-century,” the Times said. The article contradicts the Israeli claim that East Jerusalem is not occupied and that the West Bank (Judea and Samaria) is held, administered or liberated, and not protected by the Fourth Geneva Convention. This is a peculiar belief that is not held by the rest to the world, except the US.

The Times also published an oped on May 24 by Basma Ghalayini, “A Gazan’s View on Hamas: It’s Not Complicated,” that opens with “When I was nine years old, I was shot by the Israel Defense Forces.”

This is new for a mainstream liberal newspaper that for decades let (Jewish) reporters with incredible bias and sympathies for Israel and the so called Israel Defense Force (see language framing) describe and analyze realities for Palestinians.

In the US Congress, Pramila Jayapal recently spoke out against the continued annexation that Israel has been undertaking for years. Senator Bernie Sanders and Representatives Alexandria Ocasio-Cortez, Mark Pocan, and Rashida Tlaib introduced legislation to stop the new $735 million in US precision-guided weapons sales to Israel on top of the usual $3.8 billion in military aid plus $8 billion in loan guarantees that come out of the US taxpayers pocket.

While still defending “Israel’s right to defend itself” (Mr. President, do Palestinians have a similar right?) and still dreaming of a two state solution (when is a dream a delusion?), President Biden has pledged a humanitarian reconstruction of the Gaza Strip. It should be mentioned in the interest of clear thinking, that the last effort in 2014 where the World Bank assessed the bombing damage at $4.4 billion and donors promised $5.4 billion for reconstruction, donor states reportedly only came up with $349 million. Plus Israel worked overtime to severely restrict construction materials coming into the Strip under the guise of preventing Hamas rebuilding tunnels. Note: they seem to have rebuilt them anyway and the strangled housing, infrastructure, and economic crises limped along in chronic disaster mode under the international radar until it all burst into general consciousness with the first Israeli strikes on May 10.

So what is the international community missing this time? Obviously, in the big picture there needs to be an end to the Israeli occupation and siege and the impunity with which Israel maintains its violent settler colonial apparatus.  While the cease fire is “holding,” today there are reports of a massive police roundup with arrests of Palestinian citizens of Israel, activists, protesters, and minors, who are accused  of demonstrating as part of the “unity uprising” over the latest Israeli aggression in Jerusalem, Sheikh Jarrah, and Gaza. Last week the Israeli military was back at Al Aqsa Mosque using tear gas and stun grenades, assaulting and beating Palestinians celebrating after Friday prayers. This was followed by a very special visit by dozens of Jewish settlers protected by heavily armed Israeli special forces, just in case Israeli provocations were not bad enough already. Clearly settler colonialism, racism, Islamophobia, and the plans to Judaize East Jerusalem have not been impacted by the murder of 66 Gazan and 2 Israeli children.

In the short term picture, the 18 hospitals and clinics, the Ministry of Health, and the only laboratory for processing COVID-19 tests all damaged by Israeli bombing, need to repaired and rebuilt. The 80,000 people who have lost their homes and are crowded together in shelters and the homes of uncles and cousins need housing. The electrical, sanitation, and water purification infrastructure currently lying in piles of rubble, concrete, and tangled rebar, needs to be reconstructed. The streets that were left buckled and torn to bits, including the main street to Al Shifa Hospital, must be rebuilt and repaved. The US/Israel special understanding seems to be: we send zillions of dollars and military stuff for the most up-to-date, most lethal military weaponry to Israel, they use it, we fix what they have destroyed. It would definitely be cheaper and more humane to break that destructive and dysfunctional cycle.

In the this-absolutely-must-be-attended-to-now department, it is important to acknowledge that all of the above occurred during a pandemic.  Israel’s policy of vaccine apartheid and health care de-development had already devastated the Gazan health care system, with a lack of hospital beds, trained personnel, respirators, oxygen, and essential medications. Health care was also on life support following the injuries from the Great March of Return and then the most recent assault. Compounding this, the World Health Organization estimated that only 39% of patients from Gaza in need of high level health care or cancer care involving radiation were able to access medical appointments for hospitals in East Jerusalem and the West Bank.

Add to that the fact that  Dr. Ayman Abu Aouf, head of the internal medicine department and coronavirus response at Gaza’s largest hospital, al-Shifa, was killed as well as several other doctors and health workers. So we have a massive destruction of hospitals and clinics, severe limitations of food, hygiene, electricity, and water, hundreds injured, thousands displaced and crowded together without their basic human needs being met. This assault was clearly a super spreader event.

Prior to the bombing, 99% of the COVID-19 virus circulating in Palestine was from the highly contagious British Variant B.1.1.7. An estimated 5% of Palestinians in the West Bank and Gaza had been vaccinated and mask use during Ramadan was lax. The positivity rate for coronavirus in Gaza was around 30% three weeks ago. We don’t know what it is now because the data has not been collected. Due to the Israeli assault there was a suspension of the vaccination program when the checkpoints were closed and the only testing lab and the Ministry of Health were damaged in a bombing of a large residential building.

We can expect an unprecedented surge of COVID-19 in Gaza in the coming weeks and a severely damaged health care system and exhausted health care workers unable to cope adequately.

It is critical that the international humanitarian response address these needs immediately. The $735 million for missiles would be better spent vaccinating Gazans and making it possible for the population to be able to wash their hands in clean water, use electricity to cook, refrigerate their food, socially distance in adequate housing, get tested as needed, and receive decent health care. Israel could share the millions of doses of vaccine it is hoarding and recognize its responsibilities as an occupying power. The US could share vaccine as well. And then there are all the trauma and mental health needs that are crying out for attention. Palestinians deserve exactly what we would wish for any other of our fellow human beings.

This is not only a medical, legal, and political issue. This is a moral crisis.