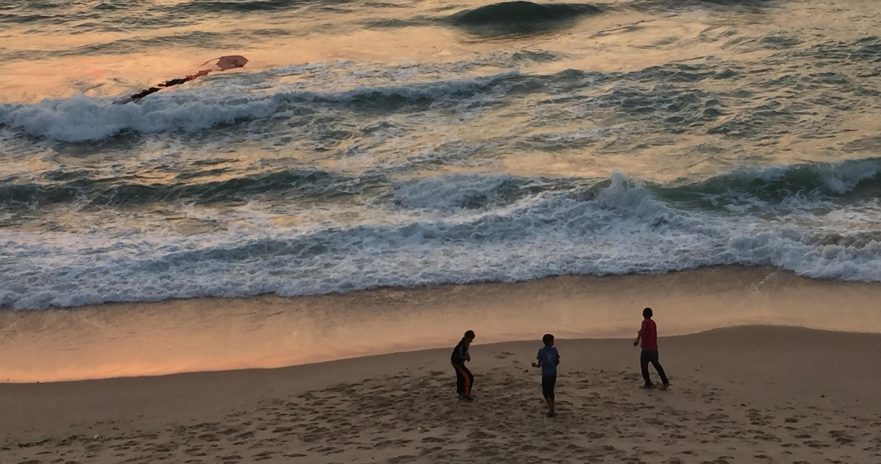 (This was written to mark World Refugee Day, observed June 20.)

The year 1948 saw the mass expulsion of Palestinians from their towns and villages at the hands of Zionist militias, as these militias destroyed some 532 Palestinian villages. That critical event in Palestinian history, known as the Nakba (“Catastrophe”), continues to haunt Palestinians who ended up as refugees in the Gaza Strip, the West Bank, Jordan, Syria, Lebanon and Egypt as well as in Europe and the Americas.

But what does it mean to be a refugee? One can claim that being a refugee is like inheritance, where Palestinians transfer this status of statelessness to their children, generation after another.

Growing up in a refugee camp means that the very minute detail of your life serves as a reminder of being stateless, living as a refugee at the mercy of time and other people’s (frequently hostile) governments. The number 1948 itself causes memories of horror for Palestinian refugees. My friend Ibrahim, who now teaches English to refugees in an UNRWA school in Gaza, got the number “1948” as his ID number at university and felt he was totally jinxed by it. He said it reminded him every day of the events of 1948.

Being a refugee meant that I attended those UNRWA-run schools in Gaza. The teacher would ask us at the beginning of the year about the village we originally came from. “Aqer,” I would declare at the beginning of the year. I would then team up with students who came from the same village in the class such as Hassan Al-Najjar, Sa’ed Al-Balbi, and others, all coming from Aqer.

Being a refugee meant we had to walk nearly two kilometers to get to our school, during cold winters and hot summers. I remember shivering with cold at school as it had no heating system. Rain water would drip from the ceiling, and we had to move the desks around to avoid getting wet or getting sick.

Our classrooms were crammed with students: 45-52 students in each class. As the decades passed, the number of refugees (and of students) would double and a school would have two shifts. We hated the afternoon shift as it would ruin our day, despite the joy of waking up late. Donor countries such as Japan would send refugee students stationery and some small gifts, but students were anyway highly motivated to continue studying.

But conditions have always been very tough at UNRWA schools. I remember my brother Omar would sometimes toss away the few coins we had as pocket money, in rage and frustration at how we had to live. (Though these were small coins, of course in our circumstances we considered them very valuable.)

After school, we would walk back to the refugee camp. I would do homework even before I took off my school clothes, and before I had any food. The games we would play in the dusty, sandy streets and alleys of the refugee camp were very much influenced by our surroundings and reality. We would divide ourselves into two groups, one is the Palestinian group and the second is the Israeli soldiers’ group, where the Palestinian group would get beaten by the soldiers’ group and the soldiers’ group would have stones thrown at them, if caught.

We would also play football. Sometimes one of the neighbors, angered by our noise and our stolen joy, would come out screaming at us. Sometimes he would take our football away; other times, he would puncture it so we could not play any more. But we would find a way to carry on playing, anyway.

The goalkeeper of our neighborhood– and of our whole UNRWA school– was my friend Ayman Shokor. (He was killed by an Israeli shelling in 2014 at the age of 25.) God knows how many times I and my friends in the refugee camp got injuries because we played barefoot. One time my friend Salah Al-Salhi got a face injury to which he screamed, “My mother, the neighborhood!”

Our families could not afford to buy us trainers, let alone shoes with cleats. But we played anyway. Many times, as we played, someone would run onto a rusty screw that would pierce deep into his foot. We would simply pull it out and use a cigarette butt to cauterize the wound. We basically learnt survival there.

As we grew up, our refugee camp became ever more crowded. The sandy streets got paved and more children could be seen playing on the streets, even when Israel would be bombing Gaza. When I got older, I grew impatient of the younger children playing on the street as they made so much noise! But I realized that these children, just like my generation, had no playgrounds to play. So, they just played on the streets of Gaza. As I watched many of them being killed by Israel, such as the Four Baker Boys, killed by Israel while playing football on the Gaza beach in 2014, I wished if they could come back, and play again. I missed their noise.

As Palestinian poet Khaled Juma said in one of his poems: