About this Resource Center

Our goal with this Resource Center is to provide a learning hub that pulls together as many as possible of the online resources available worldwide on the little-studied topic of the role that women organizers, leaders, and activists played in South Africa's historic struggle against apartheid.

We will also be presenting several materials that Just World Educational and our various partners have created on this topic. Please check back frequently to see the new materials we have here! If you can identify or share relevant materials that you know about that we do not yet have posted here-- please tell us!

Resources that we and our partners have produced on this topic are:

Scroll on down to see this video and some key short clips from it, and to learn more about the book.

All materials are published here under a Creative Commons license, which means you are free to re-use any of them for non-commercial purposes, provided you give due attribution to Just World Educational and the individual creators/contributors. If you want to use any of these materials for commercial purposes, please contact Rights@justworldeducational.org to ask about terms.

Hosted by DC-based Busboys and Poets, a timely and lively conversation on the role of women in liberation movements, in the South African and international anti-Apartheid movements and in the U.S. Civil Rights movement featuring Dr. Gwendolyn Zoharah Simmons and Bill Fletcher Jr. alongside Shanthini Naidoo, the author of Women Surviving Apartheid's Prisons (Just World Books, 2021). You can find our transcript of the event here.

Resources on the International Anti-Apartheid Struggle: 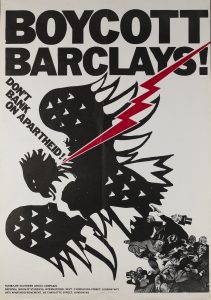 A 30-minute interview of South Africa's Ambassador in the U.S.,  Hon. Nomaindiya Mfeketo. In this dialogue, the ambassador reflects on growing up under the apartheid regime, and some highlights of her impressive political career, including her time as the first Black woman Mayor of Cape Town and serving in the first democratic government led by the late former President Nelson Mandela. You can find our transcript of the interview here.

A 65-minute conversation between South Africa's Ambassador in the U.S.,  Hon. Nomaindiya Mfeketo, author Shanthini Naidoo, and journalist Donna Bryson to mark the North American release of Women Surviving Apartheid's Prisons (Just World Books, 2021). You can find our transcript of the event here.

Women in Solitary: The Reunion

Women in Solitary: The Reunion

Short cuts from the video 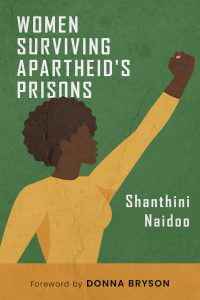 In 1969, South Africa’s apartheid government arrested anti-apartheid leaders and activists nationwide for a key planned show trial. Among them were seven women, three of whom (including Winnie Madikizela-Mandela) have since died. This book by South African journalist Shanthini Naidoo uses rich interview material to share the previously unknown stories of the four imprisoned women who are still living: Joyce Sikhakhane-Rankin, Rita Ndzanga, Shanthie Naidoo, and Nondwe Mankahla.

These four freedom fighters were held in solitary confinement for more than a year and subjected to brutal torture in a bid to force them to testify against their comrades. But they refused to do so, which forced the whole trial effort to collapse.

Women Surviving Apartheid's Prisons is available in paperback and eBook formats. It can be purchased here.

Resources on the International Anti-Apartheid Struggle:

Participants in the Women in South Africa's Struggle Against Apartheid Series 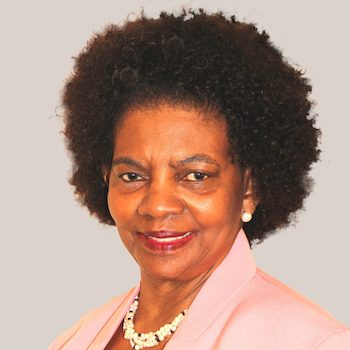 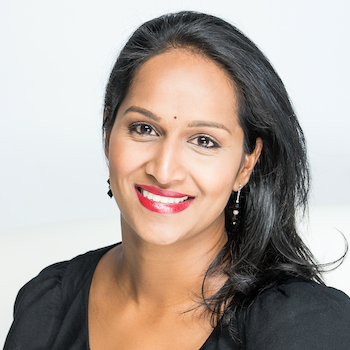 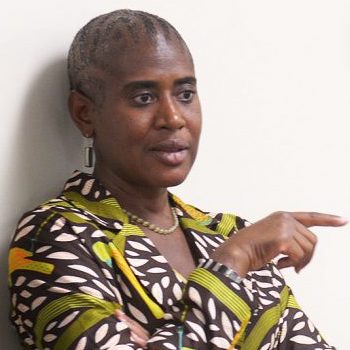 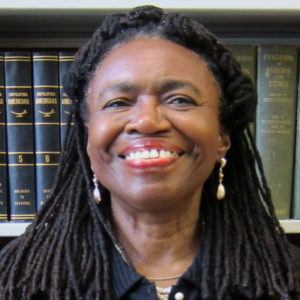 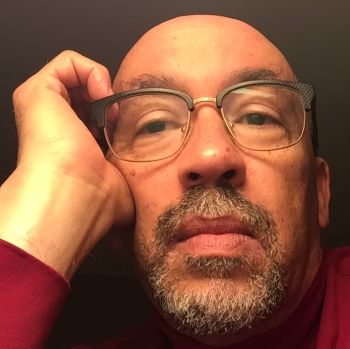 Ambassador Nomaindiya Mfeketo
Nomaindiya Cathleen Mfeketo is the South African Ambassador to the United States since March 2020. Having begun her political career at the age of 23, Nomaindiya has had extensive experience within the South African Government and has served as the Deputy Speaker of Parliament in South Africa’s fourth Parliament and as the first black woman Mayor of the City of Cape Town. Nomaindiya has been a member of the ANC National Executive Committee (NEC) since 2007 to date and serves on the National Working Committee

Shanthini Naidoo
Shanthini Naidoo is an established South African content strategist, with 18 years of content, media and management experience. Her first book, Women In Solitary: Inside the Female Resistance to Apartheid, is published by Tafelberg (SA, 2020) and Just World Books (USA, 2021). Naidoo holds a Master’s Degree in Journalism and Media Studies from the University of Witwatersrand and is highly skilled in storytelling, editing and production of print and digital content, including podcasts and webinars. Currently, Shanthini is a Content Expert within the award-winning marketing team at Discovery Limited. She lives in Johannesburg with her husband and two daughters.

Donna Bryson
Donna Bryson’s rich career as a foreign correspondent culminated in service as AP’s bureau chief in South Africa, 2008-12. Her first book, It’s a Black-White Thing, explored how students in post-Apartheid South Africa dealt with their many remaining race issues. Her second book, Home of the Brave, describes how a small Colorado town created a welcoming community for war veterans. Donna presently works at Reuters as a National Affairs Editor and lives in Denver.

Dr. Gwendolyn Zoharah Simmons
Dr. Gwendolyn Zoharah Simmons is an assistant professor of religion at the University of Florida, where her primary academic focus is on Islamic law and its impact on contemporary Muslim women. Dr. Simmons has a long history in the area of civil rights, human rights, and peace work. For 23 years, she was on the staff of the American Friends Service Committee (AFSC), a Quaker peace, justice, human rights, and international development organization headquartered in Philadelphia. During her early adult years as a college student and, thereafter, Dr. Simmons was active with the Student Non-Violent Coordinating Committee (SNCC) and spent seven years working full-time on voter registration and desegregation activities in Mississippi, Georgia, and Alabama during the height of the Civil Rights Movement in the 1960s.

Bill Fletcher, Jr.
Bill Fletcher, Jr., a veteran activist for labor rights, decolonization, and racial justice, who is the former president of TransAfrica Forum; a Senior Scholar with the Institute for Policy Studies; and in the leadership of several other projects. Fletcher is a widely syndicated columnist and a regular media commentator. He was the co-author of The Indispensable Ally: Black Workers and the Formation of the Congress of Industrial Organizations, 1934-1941 and Solidarity Divided: The crisis in organized labor and a new path toward social justice; and the sole author of ‘They’re Bankrupting Us’ – And Twenty other myths about unions.