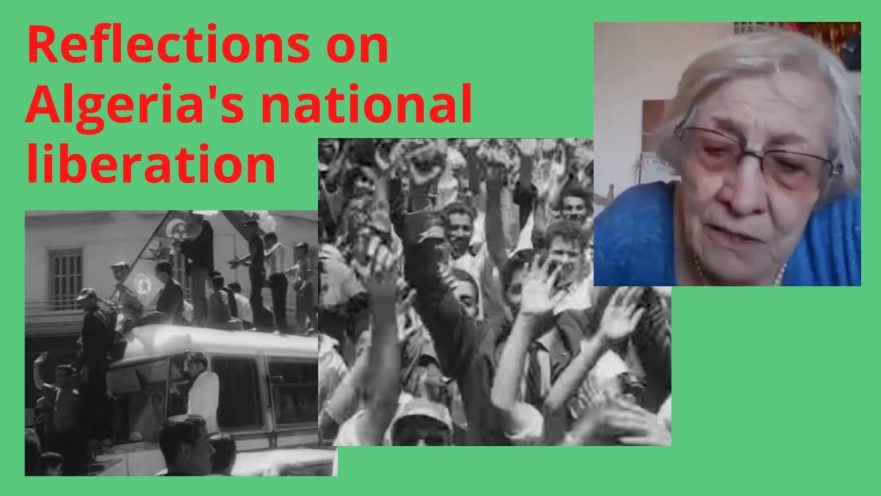 March 18, 2022 will be the 60th anniversary of the notable peace agreement between the government of France and the National Liberation Front of Algeria (FLN), under which the French government brought to an end its 130-year-old colonial occupation of Algeria and the country’s ten million Indigenous peoples gained the full political rights that had been so long denied them– including the right to national independence. Prior to that moment, France had considered the North African country to be fully a part of French homeland. The FLN won its notable success in 1962 only after many decades of extremely painful nationalist struggle; and the Évian Accords marked a key step in the history of post-WW2 decolonizations.

To mark the 60th anniversary of the Évian Accords, the American scholar and diplomat William B. Quandt, whose first book (1969) was a study of the FLN, commissioned a rich collection of original essays on the Accords, along with a historic short video and links to a range of multimedia resources. Then he worked with JWE’s Project Manager Amelle Zeroug to build these into a whole new Online Learning Hub on the meaning of the Accords to our website.

The highlight of this new Online Learning Hub is a 20-minute interview that Quandt conducted, mainly in French, with Mme. Zohra Drif Bitat, a hero of the FLN’s struggle who in the 1950s conducted or supported several high-profile operations on its behalf. (As she wrote in her wonderful memoir, Inside the Battle of Algiers, published in English by Just World Books in 2017, she was also a key organizer and leader of the networks of Algerian women undertaking civilian mass resistance actions in those years.) Captured by the French in 1957 and condemned to twenty years of forced labor for “terrorism”, Mme. Drif spent five years in prison in Algeria and France, before being one of the many FLN leaders released as a result of Évian.

The Learning Hub contains a thoughtful reflection on the meaning of the Accords by Quandt himself, in which he reminds readers that the record of the Évian Accords can serve as a reminder that negotiations can end even the most intractable of conflicts.

It also contains original essays from five other contributors:

All these essays, along with the French-language originals of those submitted by Gueche and Khan, can be accessed via this section on the Learning Hub.

Just World Ed is proud to be able to help celebrate that key moment in the history of decolonization and the national liberation of the Algerian people!