Maps related to the Israel-Lebanon War, 2006

This is a general map of Beirut from Google maps. The densely populated neighborhoods here labelled Ghobeiry, Borj El Brajny and Haret Hreik are what is collectively known as “the Southern Suburbs”, or “the Dahiya”. 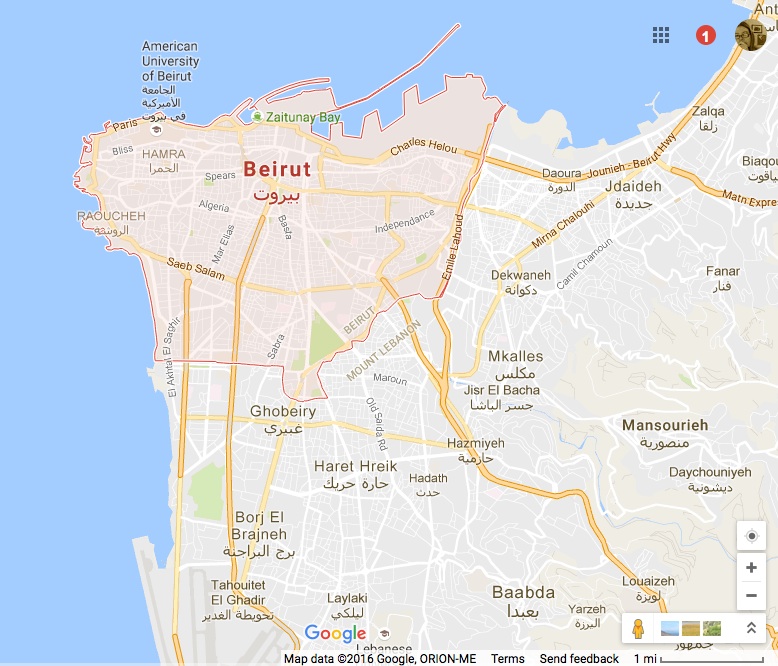 This is a map the World Health Organization published on August 15, 2006, the day the ceasefire negotiated on August 11 finally went into effect. The WHO along with other international and Lebanese aid organizations were trying to gain an understanding of the dimensions of the humanitarian disaster Israel’s assault had caused in Lebanon. 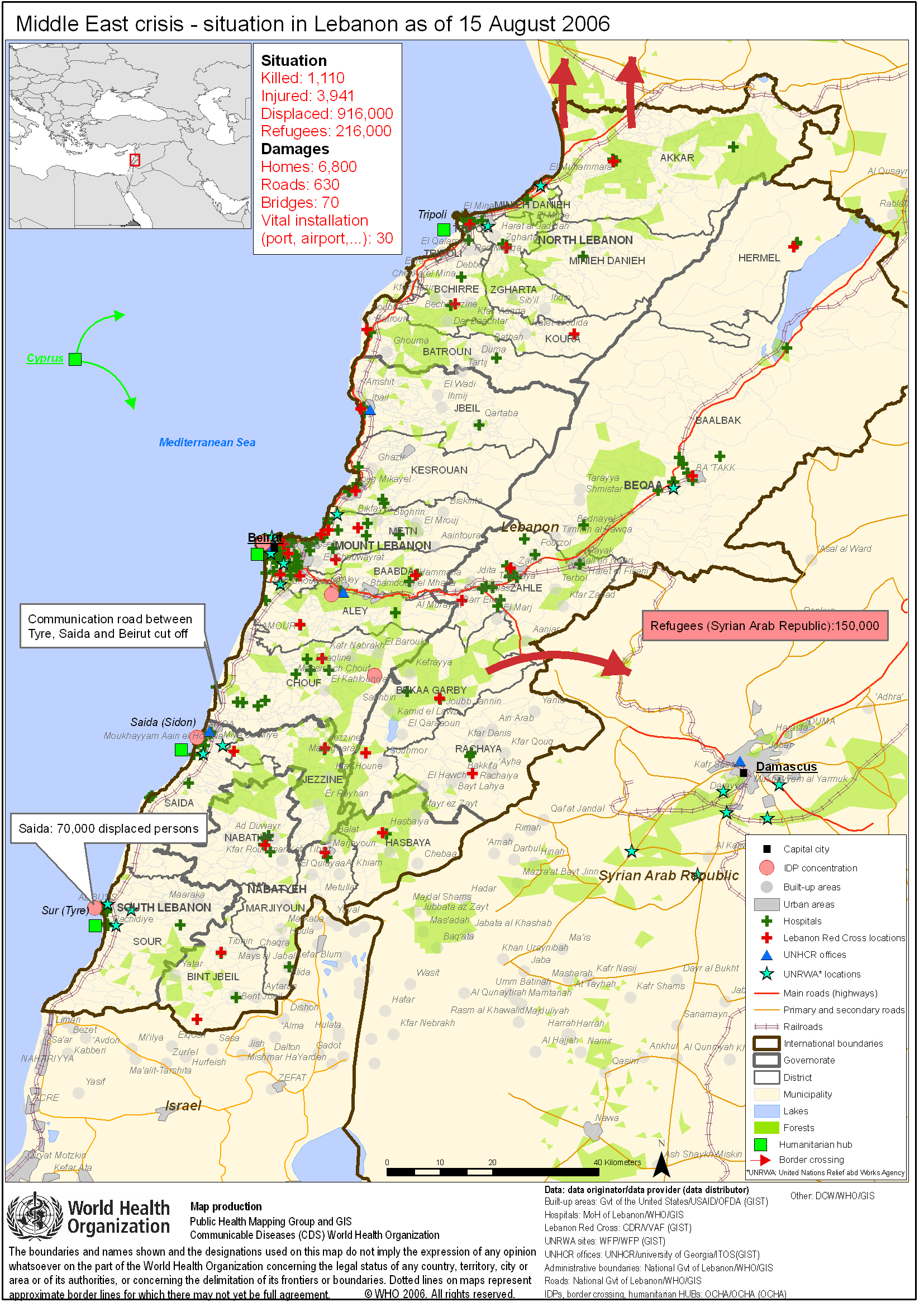 This is a map that Human Rights Watch published in a report some time after the war, showing the locations in South Lebanon struck by Israeli Cluster Bomb Units (CBU’s) during the last three days of the war– that is, after the ceasefire had been negotiated but before it went into effect. The whole report can be downloaded here (PDF).

HRW wrote: “At that time, Israel knew a settlement was likely to be imminent. At this late stage of the war… the imminent settlement would clearly lead civilians to return to their homes, many now either directly contaminated by duds or surrounded by contaminated land. It is inconceivable that Israel, which has used cluster weapons on many previous occasions, did not know that that its strikes would have a lasting humanitarian impact.” 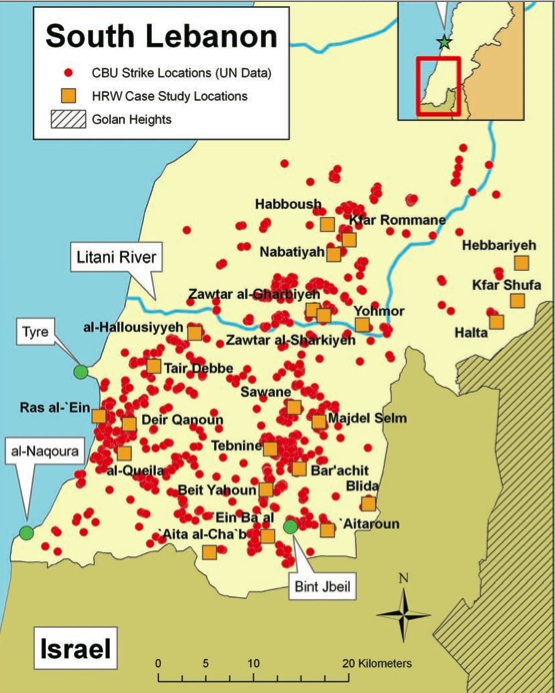